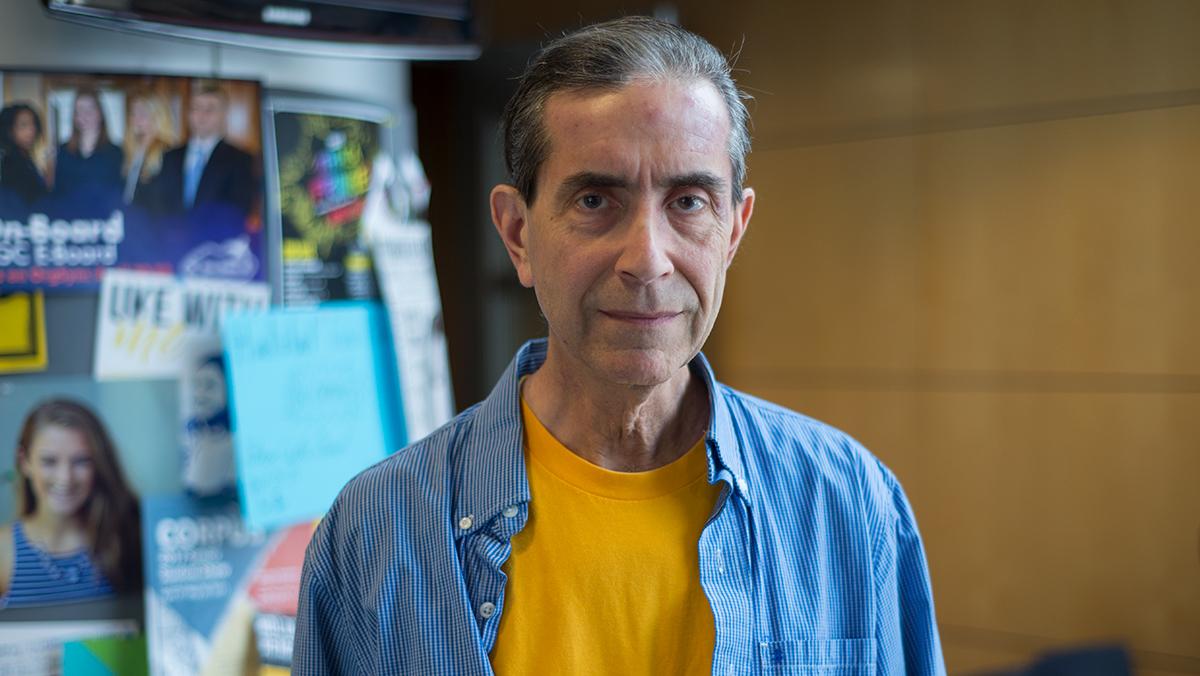 Fernando Ferraz/The Ithacan
Kurt Lichtman, lecturer in the Department of Health Promotion and Physical Education, filed a suit against the contingent faculty union with the National Labor Relations Board, claiming that the union did not disclose to its membership that they did not have to become an official member if they did not wish to be one.
By Grace Elletson — News Editor
Published: April 25, 2017

A faculty member is suing the Ithaca College contingent faculty union for not disclosing to its members that they do not have to become official members of the Union as a condition of employment.

Kurt Lichtmann, lecturer in the Department of Health Promotion and Physical Education, has filed a suit with the National Labor Relations Board against the contingent faculty union for not properly notifying faculty within the union of their Beck rights, which grant employees the right to choose whether they want to be an official member of the union.

An employee’s Beck rights pertain to whether or not an employee wants the money they pay for dues to go toward political activities the union may participate in. When a faculty member chooses to utilize their Beck rights and not be a member of the union, they are still required to pay a majority of their dues — except the small portion of dues that goes to the political ventures of the union.

Tom Schneller, lecturer in the Department of Music Theory, History and Composition, sent out an email April 21 to contingent faculty who are represented by the union saying they needed to fill out a membership application and that they had to join the union to be employed at the college. However, the email did not mention an employee’s Beck rights, which is required by the NLRB when a union begins to collect dues from its members, said Barney Horowitz, resident officer for the NLRB Albany office.

Megan Graham, assistant professor in the Department of Writing, said it could be possible that the union made a mistake and did not disclose to faculty their Beck rights early enough in the membership process. However, she said the union recently sent out a separate membership mailer outlining the faculty’s Beck rights.

Lichtmann said he initially filed the suit to ensure that other union members knew that they did not have to be official union members. He said he did not want to join the union because he felt the bargaining committee often used “vitriolic rhetoric” to pressure faculty to join its cause and support a strike, which was organized and planned to be held March 28 and 29, but was narrowly avoided by a contract agreement reached March 26.

“They violated our rights by telling us that we needed to join the union to keep our jobs,” Lichtmann said. “That’s very clear.”

When a faculty member decides to become a “Beck objector”— a term Graham used to describe a faculty member who chooses to be a nonmember of the union — she said they are not allowed to run for union office, vote in union elections and cannot attend Union meetings.

“I don’t really think there’s really much of a benefit to becoming a Beck objector because you don’t save money and you lose privileges like voting,” Graham said.

Both Lichtmann and Graham said that by becoming a nonmember, faculty would save only a very small amount of money from the dues they have to pay.

The NLRB, Horowitz said, is currently investigating whether or not any wrongdoing occurred by the union. He said that if the NLRB determines the union did not disclose to faculty their Beck rights, the NLRB would ask them to correct the mistake. If the union refused to disclose to faculty their Beck rights, Horowitz said, faculty could potentially file a suit to get their dues back from the Union.