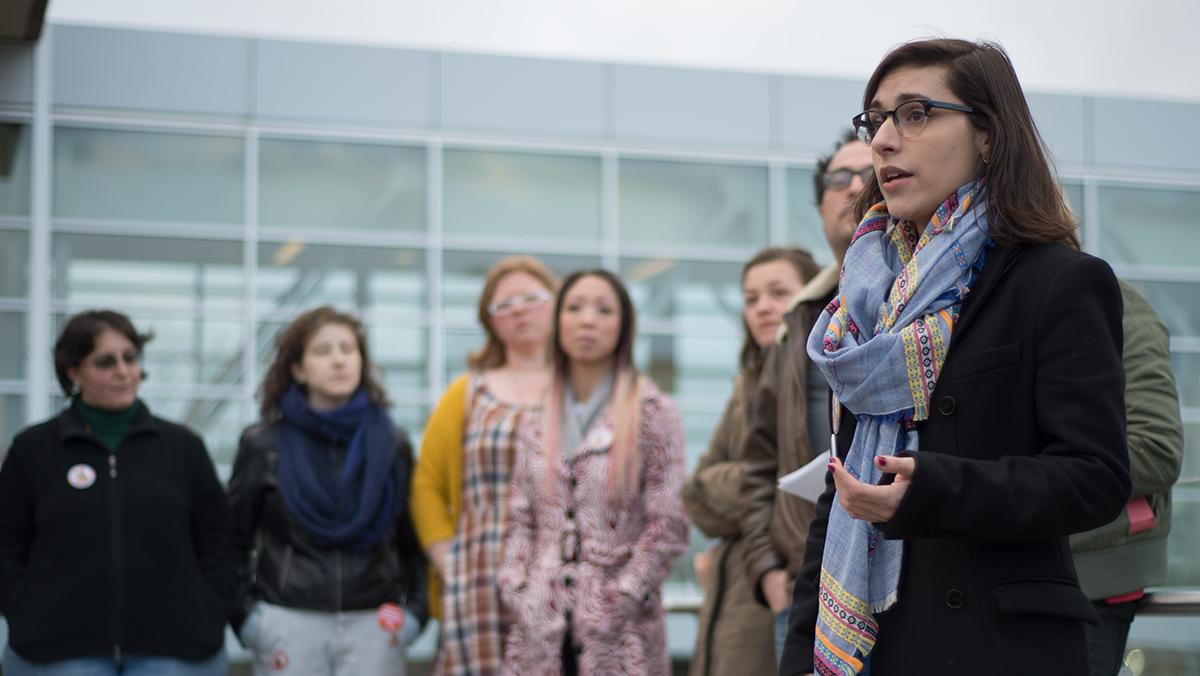 The Ithaca College contingent faculty union has announced that a strike is still on despite the college’s publicly published bargaining proposal, announced on Intercom March 23.

Dave Maley, senior associate director for media and community relations, said the reason the college wanted to publish this proposal publicly was to inform the campus community that the college addressed the union’s primary concerns.

“We want the campus community to know the bargaining committee is serious about making a fair proposal to the bargaining unit and doing what it can on Sunday, staying as long as necessary, to reach an agreement,” Maley said.

He said the proposal was given to the union in the afternoon of March 23, before it was published on Intercom.

The contingent faculty unions responded to the proposal with an announcement on Intercom March 24. It states that while they recognize this is the college’s most serious proposal so far, it still does not give the faculty enough.

The announcement states that during the bargaining session planned for March 26, the unions will be asking for higher compensation than presented to them in the proposal published by the administration. The administration’s proposal would raise the current per three-credit course offering from $4,200 to $5,125 over a four-year period for part-time faculty.

The unions also ask that full-time faculty receive three-year appointment positions if they have been teaching at the college for more than five years.

“We hope the administration will make the necessary changes on Sunday during our negotiations so we can settle this without a strike,” the announcement stated. “Until then, we stand unified as one community and one faculty. The strike is on.”