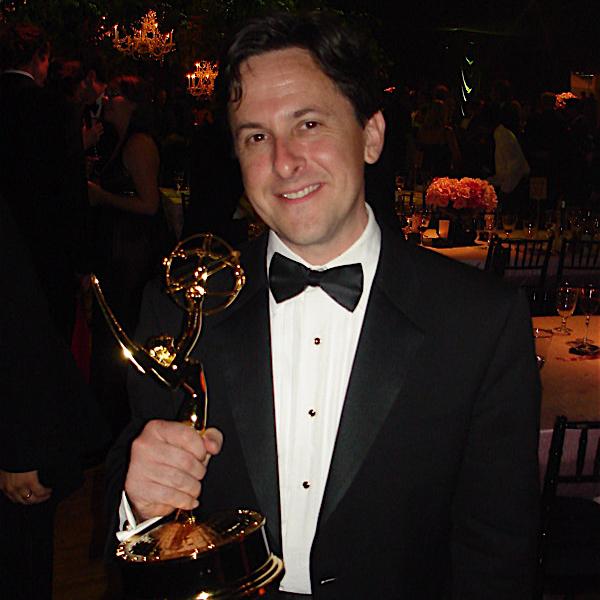 The college has announced that Chris Regan ’89 will be addressing the Class of 2014 at its Commencement ceremony on May 18, 2014. He is best known for winning five Emmys and two Peabody awards for his writing on “The Daily Show with Jon Stewart.” He is currently a writer for “Family Guy.”

Regan grew up in New Paltz, N.Y., and graduated from the college with a degree in cinema and photography. After graduation, Regan landed his first position as a production assistant at Nickelodeon. He then began working as a researcher for TV game shows and wrote for “Make the Grade” and “Family Double Dare.” After leaving Nickelodeon in 1991, he worked as a stand-up comic, appeared in television commercials and shows like “Parks and Recreation” and sold his jokes to outlets like the “Weekend Update” segment of Saturday Night Live.

After receiving an email from President Tom Rochon about a month ago, Regan said, he responded to the request right away. He said he couldn’t believe he was asked to speak at this year’s Commencement ceremony.

“I hope it will be something amusing and inspiring, and it’ll take the graduates’ mind off of possible paths for the future for 15 or 20 minutes,” Regan said. “It’s a tremendous honor and one that I don’t take lightly, and I’m really going to put something great together I hope.”

Though it would be memorable to have a big name like Barack Obama or a CEO of a Fortune 500 company, Smith said, the content of the speech would not be as relatable as one given by an alumnus like Regan who attended the college and can share personal anecdotes about life as a student at the college.

“I think our class sees through that, and they have so many other things they understand are more meaningful in their life after college, and the way that they want to individually change the world that they see and the world that we see through different kinds of activism — that CEO hasn’t been living that,” Smith said. “I think our class is extremely unique in that sense.”

Sam Stafford, leadership programs coordinator in the Office of Student Engagement and Multicultural Affairs and adviser to the Senior Class Executive Board, said the board tried to choose the Commencement speaker based on who could represent the class as a whole, and it chose Regan because of students’ familiarity with his involvements in the television industry.

Regan said he chose coming to Ithaca College over Syracuse University, the other school he applied to, particularly for the communications program, which was located in Dillingham Center at the time.

“What I liked about Ithaca is that, from day one, you could work on the TV station or the radio station,” he said. “That really appealed to me because I was never a big fan of sitting around in classrooms. I just really wanted to do something in TV and film.”

When he was a student at the college, Regan said he spent most of his time working for Ithaca College Television after he realized that continuing to play the trumpet was not for him. In particular, he worked on two shows, hosting and writing for the comedy shows “Just for Fun” his freshman year and “The Nothing Special” all four years of his undergraduate career.

When he was a freshman, Regan said, he would wake up on Sunday mornings and bring a pile of newspapers he bought and his typewriter into the TV lounge in Holmes Hall. He said he would repurpose news stories and add comedic twists to them to include in the scripts for “Just for Fun.”

When he comes to Ithaca, Regan said he is definitely going to see if there are any bars and restaurants he went to that are still open and try not to get hurt by the construction on The Commons.

“I’m just going to walk around and take it all in and hope it doesn’t pour constantly,” he said.

Smith said she is looking forward to hearing Regan’s speech in May. Part of her choice was to find a speaker who can deliver a speech that isn’t cliche, who is highly critical, who is insightful and has drive to follow his dreams just like the students of the senior class.