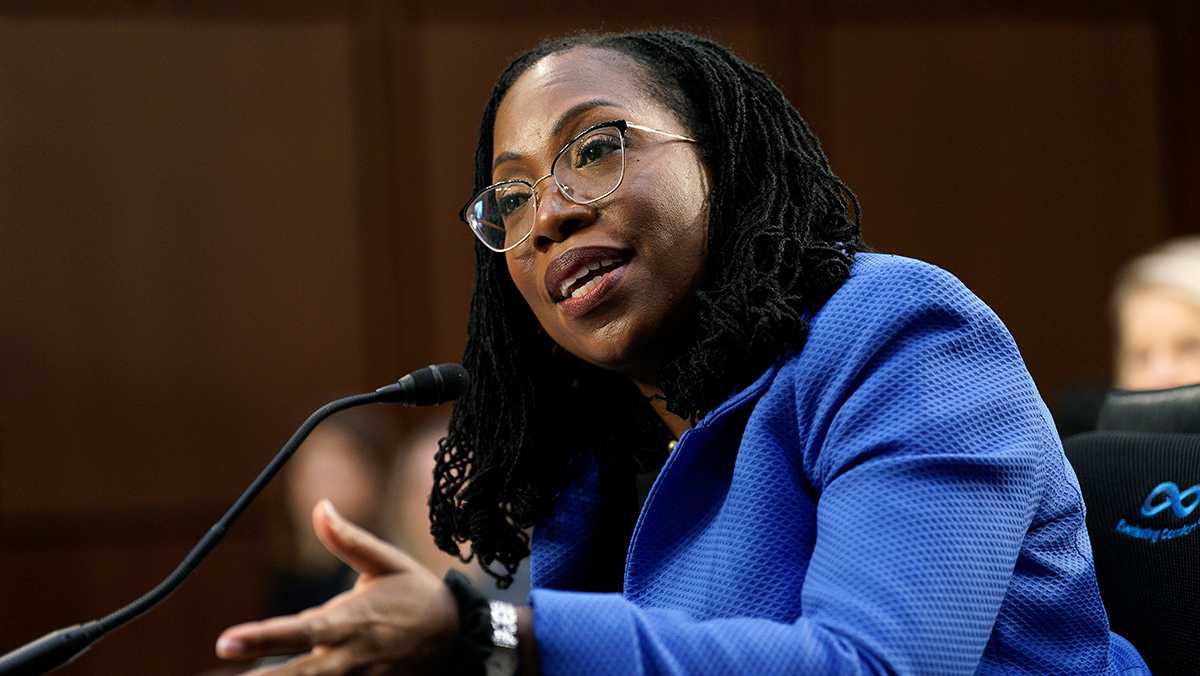 Courtesy of Yuri Gripas/Abaca Press
With Ketanji Brown Jackson on the verge of being the first Black woman on the Supreme Court, members of the IC community are voicing their support.
By Elijah de Castro — News Editor
Published: April 5, 2022

Original story, April 5: With Judge Ketanji Brown Jackson on the verge of becoming the first Black woman and public defender on the Supreme Court, law students and civil rights groups at Ithaca College are watching closely as the historic nomination is underway.

After former Justice Stephen Breyer announced his resignation in February, President Joe Biden announced Jackson as the nominee that would fill Breyer’s place. If confirmed, Jackson will be on a court that has a 6–3 lean in favor of conservatives despite Americans supporting progressive legislation. The hearings for Jackson’s appointment began on March 21 and the vote to confirm her will be sometime in mid-April.

Senior Alyssa Spady is a journalism major with minors in politics and legal studies. Spady said she is pleased that Biden kept his campaign promise to nominate a Black woman to the Supreme Court.

Brown Jackson is a graduate of Harvard University and Harvard Law School who clerked for Breyer when he was on the Supreme Court. While at Harvard, Brown Jackson was a supervising editor of Harvard Law Review. Jackson was also a public defender — lawyers who are appointed by the government to defend those who cannot afford a lawyer — for 2 1/2  years.

IC Strike is a student organization on campus that focuses on education and activism surrounding sexual assault and violence. One of the most important pieces of civil rights legislation for IC Strike is Title IX, which prohibits sex-based discrimination at institutions that receive federal funding.

Sophomore Krista Sullivan is the communication coordinator for IC Strike and said the group hopes that Brown Jackson will be a defender of Title IX if it were to come to the Supreme Court. Sullivan believes Jackson’s appointment will also help represent Black women who are disproportionatley at higher risk of sexual assault than white women.

“I’m also hoping, since she is a Black woman, she’s going to be a good representation for Black women who are victims of sexual assault because they’re often overlooked,” Sullivan said. “I’m hoping she will make sure that everyone is getting the help they deserve.”

Senior Adele Gulino is the social media manager for IC Planned Parenthood Generation Action, a chapter of the larger group of the same name that advocates for reproductive freedom and sex education on American college campuses. Roe v. Wade, a landmark 1973 Supreme Court ruling that decided that abortion is a constitutional right, has been challenged in recent years. In 2021, the Texas legislature passed the Texas Heartbeat Act, which is the first successful state ban on abortions after six weeks into a pregnancy, weakening the influence of Roe v. Wade. Jackson has stated that she believes Roe v. Wade is settled law.

“It’s all very religious and hypocritical,” Gulino said. “I just think it [overturning Roe v. Wade] is another way to keep poor women … almost on a leash, to keep them more restricted. … Our e–board has really shifted our focus to making sure that we’re trying to give as much information [on Roe v. Wade] as we can. … ​​I’m really hopeful that she [Brown Jackson] gets on the Supreme Court. She’s doing a great job so far.”

Under former President Donald Trump’s administration, three Supreme Court justices were confirmed — Neil Gorsuch, Brett Kavanaugh and Amy Coney Barrett. The nominations of Kavanaugh and Barrett were defined by controversy. Before the controversial hearings, Kavanaugh was accused by multiple women of sexual assault. Barrett’s confirmation was shortly after the death of former associate justice Ruth Bader Ginsberg while an active election was underway.

“The Kavanaugh hearings were incredibly hard to watch and then the Amy Coney Barrett hearings were even harder,” Spady said. “For me, being a Black woman, it’s just very refreshing to see someone that looks like me on the court.”

Freshman Camden Olson is a legal studies major who said Brown Jackson’s history as a public defender and spoken support for civil rights makes her a historic nomination.

“She has an undeniable depth of experience in the legal system,” Olson said. “She has a really good understanding of the law and sentencing. What is really interesting about her is that she is the first public defender who would be on the Supreme Court. Prosecutors definitely have this like very clear dogma — they’re going after people. … Whereas with public defenders, it’s completely different.”

Spady noted the significance that Jackson’s nomination has for bringing women of color into the justice system. Black women and Latinas make up less than 1% of partners at U.S. law firms, despite women of color making up over 20% of the American population.

“[During the confirmation hearings] her daughters were sitting behind her,” Spady said. “Seeing the overall happiness and proud feelings that they had toward their mom for being in that position, and the fact that it’s a Black woman in that position — there’s really no words to describe it.”