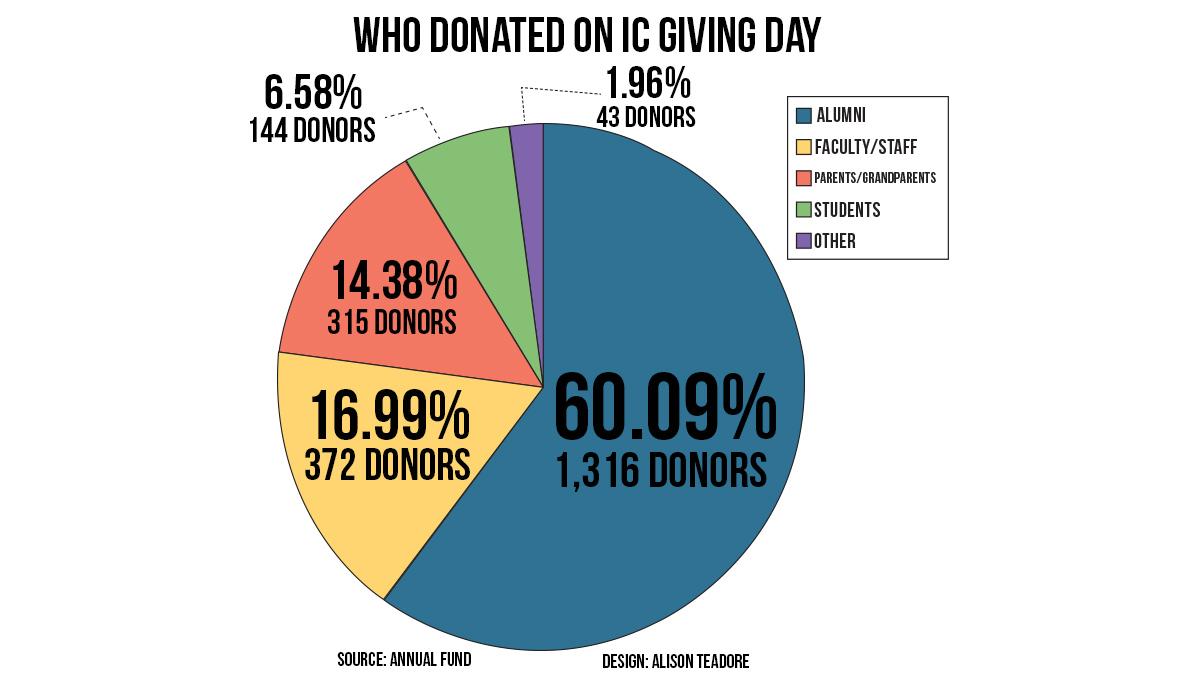 The breakdown of who donated to the college on IC Giving Day.
By Max Denning — Max Denning
Published: March 4, 2015

The college reached its initial goal of 607 donors at 11:43 a.m., which released a $226,000 donation from a group of anonymous alumni. The college went on to surpass two other goals it had planned previously, one of 953 donors and another of 1,485, by 4:53 p.m. Surpassing both of those goals led to the college receiving an additional $200,000 from the same group of alumni.

The college reached an unplanned 1,892 donor goal, which allowed the college to receive an extra $50,000 from a group of alumni not affiliated with the first goals, and announced its final goal of 2,400 donors at 8:26 p.m. The college did not meet this final goal.

Rob de la Fuente, director of the Ithaca College Annual Fund, said the breakdown of donors from the IC Giving Day website are as follows: 1,316 alumni, 372 faculty or staff, 315 parents or grandparents, 144 students and 43 individuals who classified themselves under the category “other.” De la Fuente said these donors are only the numbers from the IC Giving Day website, and there are other gifts that came in that have yet to be segmented.

De la Fuente said IC Giving Day set a record for the most of donations the college has received in a single day.