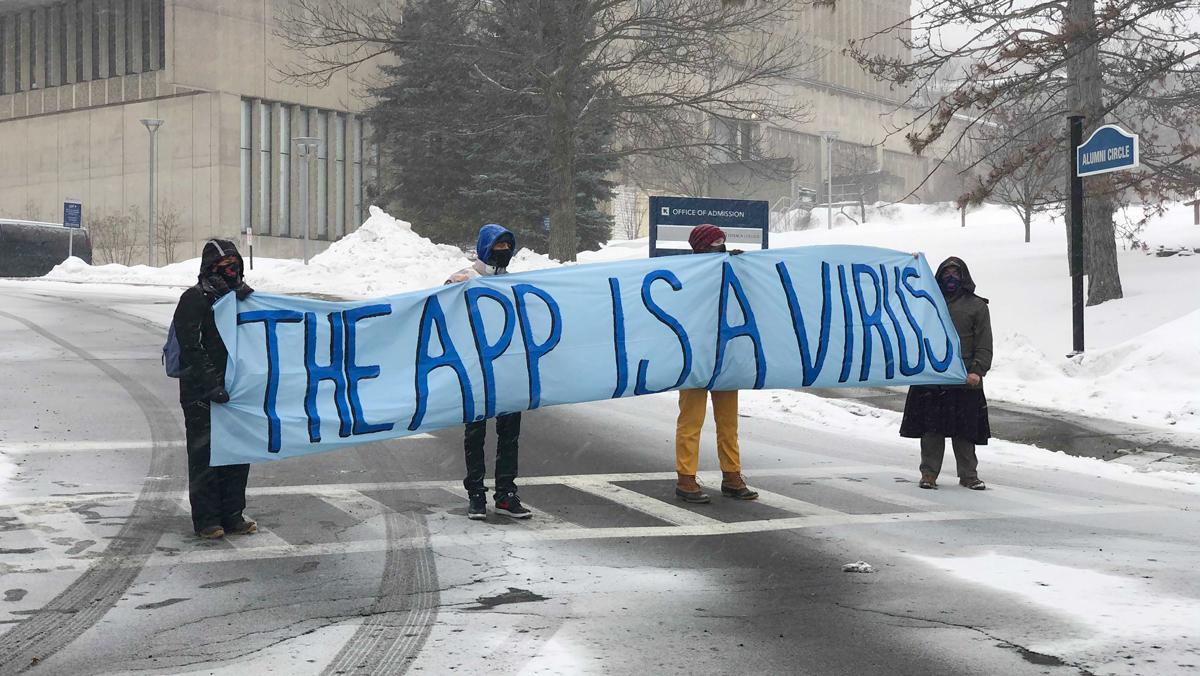 Organizations at Ithaca College held three events within the past week to address racism, the impact of the Academic Program Prioritization (APP) on Black, Indigenous and people of color (BIPOC) members of the campus community, and neoliberal austerity measures within higher education.

As a result of the APP, 116 full-time equivalent (FTE) faculty positions will be eliminated. This has resulted in backlash from groups like the Open the Books (OTB) coalition and Alumni Against Austerity (AAA), which are made of students, alumni, faculty, staff and Ithaca community members who oppose the cuts and are pushing for financial transparency.

Members of  of the AAA and the Students of Color Coalition (SOCC) facilitated the discussion in collaboration with the Asian American Alliance, African Students Association, Ujima Black Student Union and IC Mixed. Approximately 74 people attended the event, which took place April 21.

Concerns were raised regarding the college’s decision to cut 116 FTEs. Out of a list of 38 faculty members who self-identified that they were terminated, seven identified themselves as BIPOC and one as Asian American and Pacific Islander.

By getting rid of BIPOC faculty members, the facilitators said that students who are members of the BIPOC community will struggle to make connections with individuals who have a shared experience.

“Inside Hire Ed: Neoliberal Austerity and the Politics of Data”

A teach-in that focused on examining the links between higher education, labor and race struggles and inequality was held April 22. The event was hosted by IC Futures, Students for Labor Action, the Contingent Faculty Union, the college’s chapter of the American Association of University Professors, OTB, AAA, the Department of Politics and the Park Center for Independent Media. Approximately 80 people attended the event.

At the event, Todd Wolfson, associate professor of Journalism and Media Studies at Rutgers University and president of the Rutgers Faculty, Grad Workers and Postdoc Union (AAUP-AFT), and Neil Kraus, professor and chair of the Department of Politics at the University of Wisconsin River Falls, spoke about higher education and austerity and answered questions.

Wolfson spoke about progress made by the AAUP-AFT at Rutgers University.

“We also need to fight over how the university is run,” Wolfson said. “And as we’ve seen, those people who run it right now, cannot run it in the interest of students and people who make the university work. They just don’t have their interests, the only interest they have is their endowment, right? That’s all they care about. And so it has to be us, we have to run our universities, you have to build the power.”

When asked about how to deal with those who are fighting against the cuts feeling like they failed related to immediate job losses, Wolfson said that individuals should not punish themselves for making mistakes but should learn from it instead.

“We’re all going to make mistakes, and we are going to lose, we’re going to lose much more than we win,” Wolfson said. “We have to be bold, and we have to imagine our front of struggle much bigger than we are. We can’t be thinking ‘I am going to fight for me, and the five other tenure track faculty,’ … and forget the other folks.’”

Kraus spoke about his research on education reform and labor market data.

“There’s two distinct sets of data that really shaped education policy and higher ed in particular,” Kraus said. “It’s official data, the data coming mainly from federal agencies, in some cases, state agencies. So the Department of Labor, Department of Education, commerce, the Census Bureau, the Federal Reserve, among others, and then state agencies, juxtaposed with this whole ecosystem of private organizations that are our data producing organizations.”

AAA and OTB held a debriefing meeting April 27 to discuss the events. Approximately 15 people attended the event on Zoom.

Jennifer Spitzer, associate professor in the Department of English, said discussing the APP process can be uncomfortable during Ithaca College Faculty Council meetings, especially when Cornish is there.

Elijah Breton ’16 said there needs to be shared governance and that alumni should use their voices to advocate for change at the college.

“Faculty come and go, but alumni are forever,” he said.

Peyi Soyinka-Airewele, professor in the Department of Politics, said she joined the Faculty Council after the issues with previous President Tom Rochon.

“I have to say that faculty council, throughout this period, has not succeeded but sometimes not because of lack of trying, but really because it has become subjected to a lot of harassment,” she said.

Soyinka-Airewele said faculty who speak out against the APP or the Senior Leadership Team (SLT) need to be protected from any backlash they might receive from other faculty members or the SLT. She asked for people to think about ways to take care of each other.

Alexis Becker, assistant professor in the Department of English, said she feels like faculty have not really been consulted on the APP process.

“I think for our administration, consulting faculty often means sending us something and telling us that we can comment if we want to, and then the comments will be ignored,” she said.

Open the Books: Before and After the Recommendations

Editorial: Effectively fighting racism on campus is a necessity