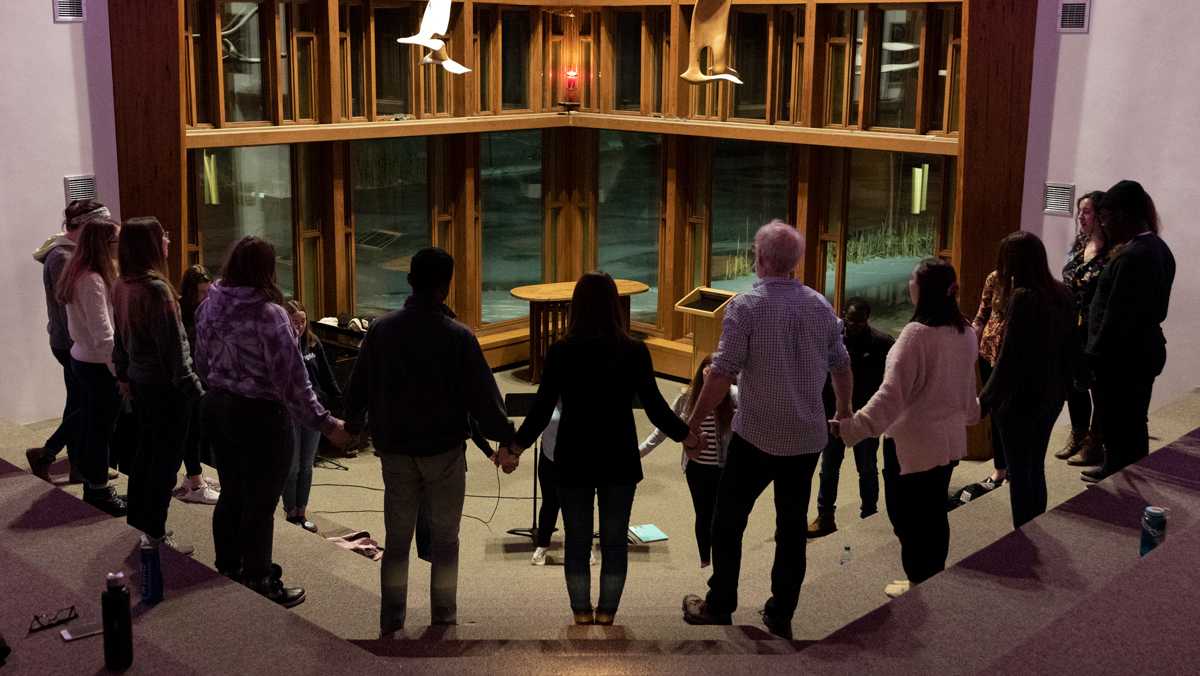 It may seem like the Protestant Community (PC) at Ithaca College’s new identity as the Lighthouse Christian Fellowship (LCF) is just a name change, but members of the community said it is a way to show that they are welcoming anyone into their community.

In the past, the community has been criticized for not being welcoming to Christian people who identify as LGBTQ. In 2017, two students, Vanessa Zimmerman ’19 and Annalise Haldeman ’19, claimed that fellow members of the PC criticized and verbally attacked them when they announced that they were in a same-sex relationship. This account of discrimination resulted in a New York State Division of Human Rights complaint filed against the college in November 2018. IC Color, a group that aims to end discrimination in the PC, was also founded as a result.

Rev. James Touchton, the former chaplain of the PC, resigned from his position in Fall 2018 because of the stress of the students’ claims, a statement he made in a Facebook post. Zimmerman and Haldeman both called for him to resign.

While this name change is not a direct result of these conflicts, junior LCF President Elizabeth Bierly said it is part of the group’s movement toward a more welcoming image.

“Regardless of the name of our group, we absolutely take responsibility for the fact that there were students in the group who were not welcoming, who were not accepting and who caused very real harm to other students,” Bierly said. “It is also important to recognize that those actions are in the past. That’s not us trying to brush over them, but we are a different group of students now than we were four years ago.”

The name was chosen by the PC members through anonymous name suggestions followed by a vote. Bierly said the name Lighthouse Christian Fellowship is meant to reflect the welcoming space the group hopes to create.

“A lighthouse kind of connotes this idea that people can see it and that they know that it’s there,” Bierly said. “My hope is that people are able to see our community and know they have space that they can walk into and feel loved and welcomed just as they are.”

Bierly said LCF decided to change the name after talking to prospective members at an organization fair in August. She said people felt intimidated by the Protestant Community title.

“We had about 15 [students] walk up to us and say, ‘I’m not really sure I can be part of the Protestant Community because I’m not Protestant,’ or ‘I’m nondenominational,’ or ‘I come from a specific background,’” Bierly said. “Actually six out of the 10 students on our council last semester were talking and said that they were hesitant to come to the Protestant Community because the term Protestant connoted something maybe more traditional or different than what they were expecting.”

Many major Protestant denominations do not accept LGBTQ individuals. The United Methodist Church recently announced plans to split into a branch that accepts LGBTQ members and clergy and a branch that remains anti-LGBTQ. The decision will be voted on in May.

Freshman Caroline Peyron is a member of the Ithaca College Catholic Community but has also been attending services held by LCF.

“It’s just very different, in a good way,” Peyron said. “I didn’t even know it was a thing until last night, and then, of course, I went, and I loved it.”

Another freshman, Hope Borsic, said she was unsure about joining the community when it was called the PC because she did not know what the community stood for.

“I was a little confused at first because I was like, ‘What even is Protestant?’” Borsic said. “I didn’t even know what that meant. I came from a very nondenominational background, and it took a while for me to figure out, ‘OK, this is what I was used to,’ but I didn’t know that by the name. Now with it being called Lighthouse Christian Fellowship, I feel like by glance you kind of maybe know what it might be like.”

Osorto said the Office of Religious and Spiritual Life has also been working to reach more students who previously did not feel comfortable joining religious groups. One of the ways the office is doing this is through Uncommon Changemakers. Osorto said this is a cohort of students that will likely be launched the first week of March with the goal of connecting students who do and do not have religious affiliations. The group hopes to do this by bringing these students together for discussions centered around religion and spirituality.

In November 2019, Muller Chapel hosted the Shower of Stoles Project from the National LGBTQ Task Force. The exhibit displayed stoles and other religious items representing LGBTQ people of faith. Osorto said the college’s goal in hosting this exhibit was to represent the diversity of the college community.

“We’ve been doing programming all year to try to break open how people can find themselves in spaces to ask meaningful questions without the ties of either religious institution or organized religion but to create a space that’s meaningful,” Osorto said. “We exist here to support all students in their exploration of questions of spirituality, of religion, of meaning-making and of belonging.”