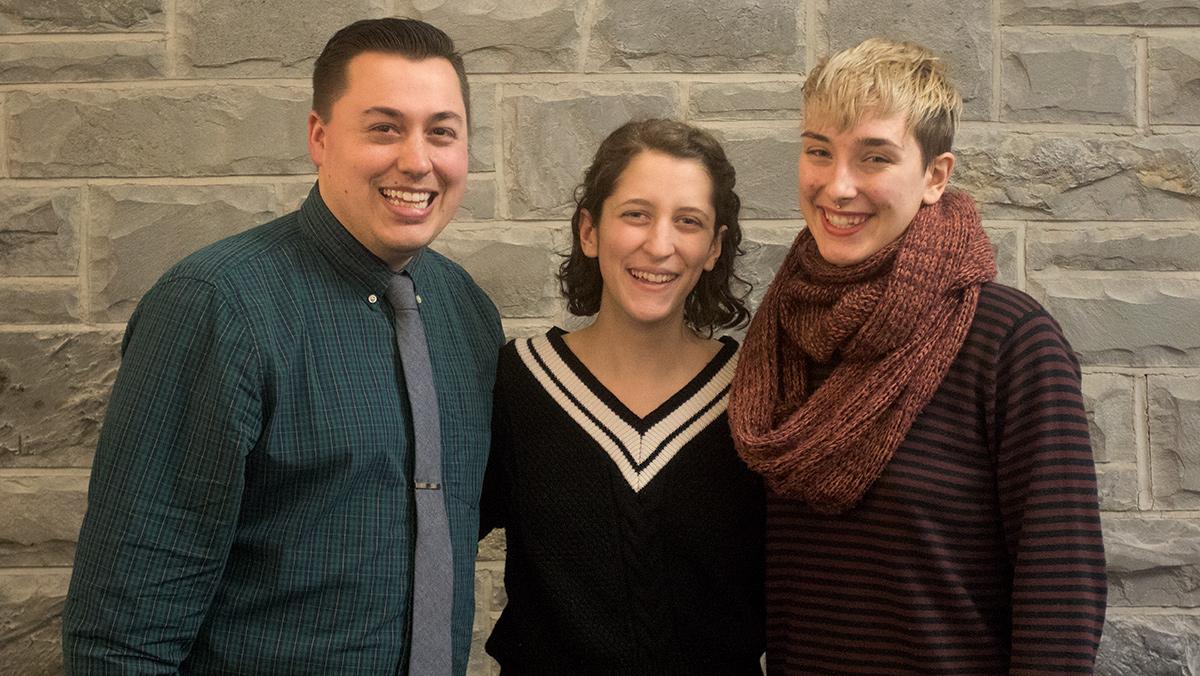 Ithaca College’s Student Governance Council opened the spring semester by appointing two new members to its executive board: sophomore Anna Gardner and senior Catherine Proulx. Kevin Perry, assistant director of the First-Year Experience in the Office of Student Engagement and Multicultural Affairs, will serve as the SGC’s new adviser.

Gardner and Proulx filled the vacant spots created after two executive members resigned last fall semester. With the addition of these two new members, the executive board is now completely female.

To fill these empty positions, the SGC had an internal application process at the end of last semester. The executive board interviewed candidates who applied through OrgSync and came to the conclusion of who would fill the positions in late December. This is in keeping with the SGC’s policy of holding internal elections whenever spots on the executive board open up, before the schoolwide election.

Perry has taken over Michele Lenhart’s old post as the adviser for the SGC. Perry served as the president of Brockport Student Government during his senior year at SUNY Brockport and said the experience helped empower him to take leadership roles. He said he will take a hands-off approach and provide guidance to students as needed.

“At the end of the day, my goal is to help students run this government and be able to successfully hone their leadership skills,” Perry said.

Gardner is replacing junior Luis Torres as vice president of campus affairs. This will be her first semester on the SGC, and she said that adjusting to some of the formalities of the student government may be difficult.

“It’s a little daunting just because I haven’t been involved with it before,” she said, adding that she believes her experience in other clubs and committees on campus will help.

Gardner said she wants the SGC to help the student body deal with changes taking place around the country and on campus. She said she is in the early stages of forming a committee that will help address student-life issues on campus. The committee would include students who are currently not on the SGC but who are active in the campus community.

Proulx is replacing junior Danielle Weinstein as vice president of communications. She will also head the SGC’s environmental committee. She previously served on the SGC as a senator-at-large, meaning she represented the entire student body.

“My background is in communications, so it is something that I am really comfortable with,” she said. “I really like the e-board this year, and I am totally not afraid of any type of leadership, so it feels like a natural thing for me.”

“Graduate students on campus typically are very busy, so it just doesn’t really fit into their schedule,” she said. “It’s also harder to access grad students as an undergrad. I don’t know many grad students.”

Similar to the executive board positions, the election to fill the vacant senate seats will be done internally and will take place at the SGC meeting next week. Anyone interested in running for a position can contact any member of the SGC.