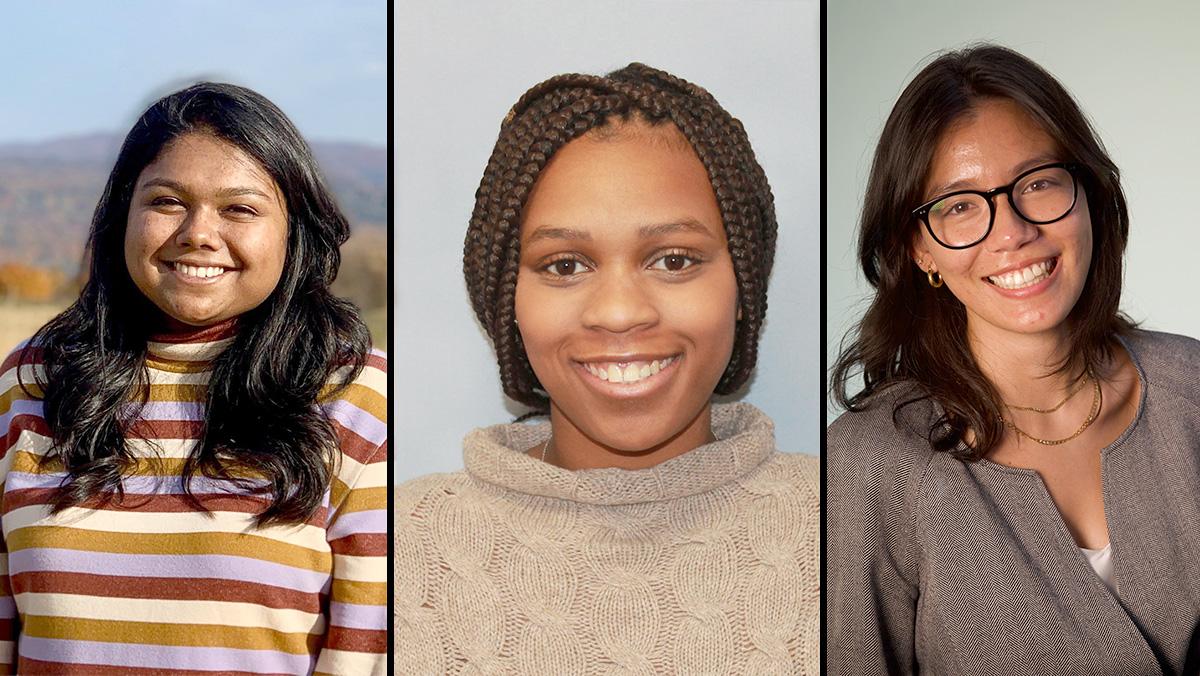 Senior Neha Patnaik said she was not expecting to be accepted into the American Advertising Federation’s (AAF) Most Promising Multicultural Students (MPMS) program because of the wide pool of applicants.

“It means a lot, I’m super excited,” Patnaik said. “I feel so grateful to have been chosen and just being able to have my name out there in the advertising industry.”

Three Ithaca College seniors have been accepted into the AAF’s MPMS program for the 2022 year, giving them an opportunity to gain experience and network with professionals and agencies in the advertising industry. Scott Hamula, professor and chair in the Department of Strategic Communication, said the college has had 40 seniors, all with either a major or minor in integrated marketing communications, accepted to the AAF’s MPMS program since 2004. The MPMS program began in 1997 and selects 50 college seniors nationwide every year to attend this program that highlights values of diversity, equity and inclusion in the industry. Seniors Julia Batista, who is half Chinese and half Puerto Rican; Haley Anderson, who is Black and Jamaican American; and Patnaik, who is Indian American, were named as part of the Most Promising Class of 2022 and will be attending the program virtually Feb. 7 to 10.

Batista said she initially heard about the MPMS program through a peer who had previously won the award and who was working at TBWA\Chiat\Day New York, an advertising agency that Batista interned with remotely during the summer of 2021. Batista said she decided to apply after Hamula sent her an email with a link to the application.

“It really clicked when [Hamula] forwarded that email to us and was like, ‘You need to apply for this,’ and I was like, ‘Oh, I’ve heard of this before,’ and it’s a really big deal because I know someone who’s gotten a job from this award,” Batista said.

Batista said she was interested in applying because she had heard it was a good way for students to get scouted by recruiters. She said she thinks this program has given students like herself a unique opportunity to be part of a pool of exceptional and specifically multicultural students in the advertising industry.

“Advertising is going through a change where everyone’s noticing how really un-diverse it is,” Batista said.

Overall diversity in the advertising industry has increased slightly from 29.4% in 2018 to 30.8% in 2021, according to an annual diversity report conducted by the Association of National Advertisers. The industry is 6.6% African American or black, 11.7% Asian, 8.9% Hispanic or Latino and 69.2% white, according to the 2021 report.

Patnaik said something she felt was surprising in her past internships was the fact that she was the only Indian woman, or only Indian person, on teams that she has worked with. She said she thinks campaigning for all audiences rather than just one race is important.

“I think this program is just a really great way to bring diversity to all these different accounts in advertising and have an opinion of someone of color so that they know what appeals to all audiences rather than just people who are white,” Patnaik said.

Hamula said he has been involved with the AAF as the faculty advisor for the college’s AAF chapter, Park AdVenue, since he came to the college in Fall 1999. He said he discovered the MPMS program in 2003, started recommending students for it in 2004 and has been nominating two-to-eight students every year.

“It’s proof positive again that Ithaca College punches above its weight class when it comes to national recognition and competitions and programs and scholarships,” Hamula said.

The AAF’s MPMS program is part of the AAF’s Mosaic Center for Diversity, Equity and Inclusion in Advertising. The center’s mission is to recognize and develop diverse talent and promote realistic portrayals of multicultural communities, according to the AAF website.

“I’m very fortunate to be part of an industry that really puts a lot of resources, you know, behind the words of diversity, equity and inclusion, and this is just one of those programs to attract and hopefully retain students of color to the advertising industry,” Hamula said.

Batista said she is still a little nervous about the future but that she hopes this experience will help her land a job and learn how to advocate for herself.

“I think going through the program will ease my mind, in terms of, ‘Will I get a job post grad?’ because this is sort of like … the golden ticket somewhat because I’m in this small group of people instead of trying to stand out compared to thousands of applicants,” she said.

Anderson said she was a little hesitant to apply for the program because of the application fee until Hamula convinced her to apply.

“I’ve kind of always been against paying for programs that are meant to help people of color advance, it kind of seems kind of off to me, but he just reminded me you’re paying not necessarily to apply to this program but just to be a member of AAF and have access to the opportunity,” Anderson said.

She said she was a little disappointed that the program is virtual this year, due to the COVID-19 pandemic, which she said might make it harder to network and make long-lasting relationships with her peers.

“I hope that I’ll still be able to come out with really strong friendships and also just more professional relationships with some of my peers because I know a lot of them are probably interested in the same things I am and I could learn a lot from them and being connected with them in the future,” Anderson said.