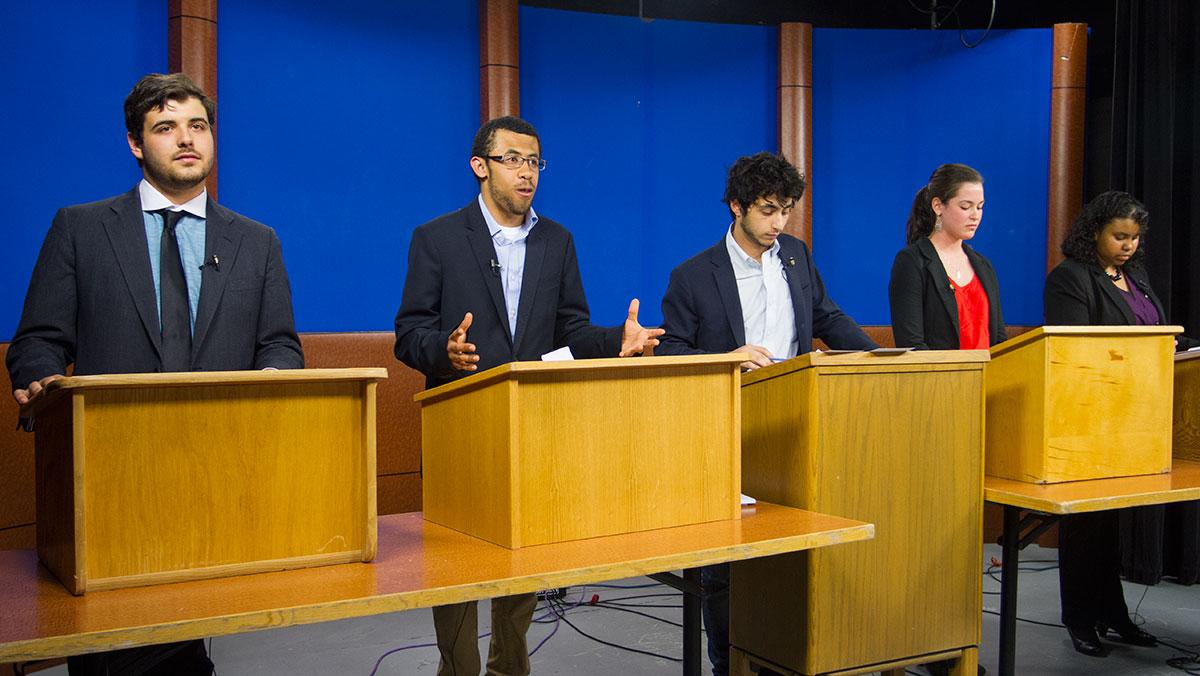 IC*NSYNC narrowly edged out IC Your Voice and IC Friends in the 2015-16 Ithaca College Student Government Association Executive Board election.

Turnout for the election increased slightly, from 1,224 last year to 1,247 this year.

The complete breakdown of the election results can be found below.

Reaction from the candidates

SGA president-elect Dominick Recckio said he believes his ticket’s platform and media plan were key to their success.

“A lot of time and effort was put into crafting our platform,” Recckio said.

Recckio also said a video created by Kyle Stewart, vice president of communications, which had over 2,000 views on Facebook successfully conveyed his ticket’s platform.

“We want to start to switch the narrative, and ask our college to let us in on the discussions regarding priorities,” the website says.

Recckio also said his executive board will be working to further the discussion about microagressions on campus.

Junior Elijah Breton, who was the presidential candidate on the IC Friends tickets, said he was disappointed with the outcome but pleased with his ticket’s campaign.

“IC Friends team did everything we could have possibly done,” Breton said. “There’s nothing we would have done differently.”

Breton said one issue he is worried about next year is Recckio’s plan to consolidate clubs, which is outlined on the IC*NYSNC website.

“There absolutely should not be any policy forcing student organizations to collaborate,” Breton said.

Sean Themea, the presidential candidate on the IC Your Voice ticket, said his ticket still hopes to improve the college campus.

“We still want to make this campus a better place and fight for change,” Themea said.

Themea said he hopes student voice will be heard and have an impact in dining services and in the microagressions reporting system.

Jamila Carter of The Carter 5 and Jacob Greenberg of BEV could not be reached for comment.

The members of the IC*NSYNC ticket and their positions are below.

Below is the full election breakdown.