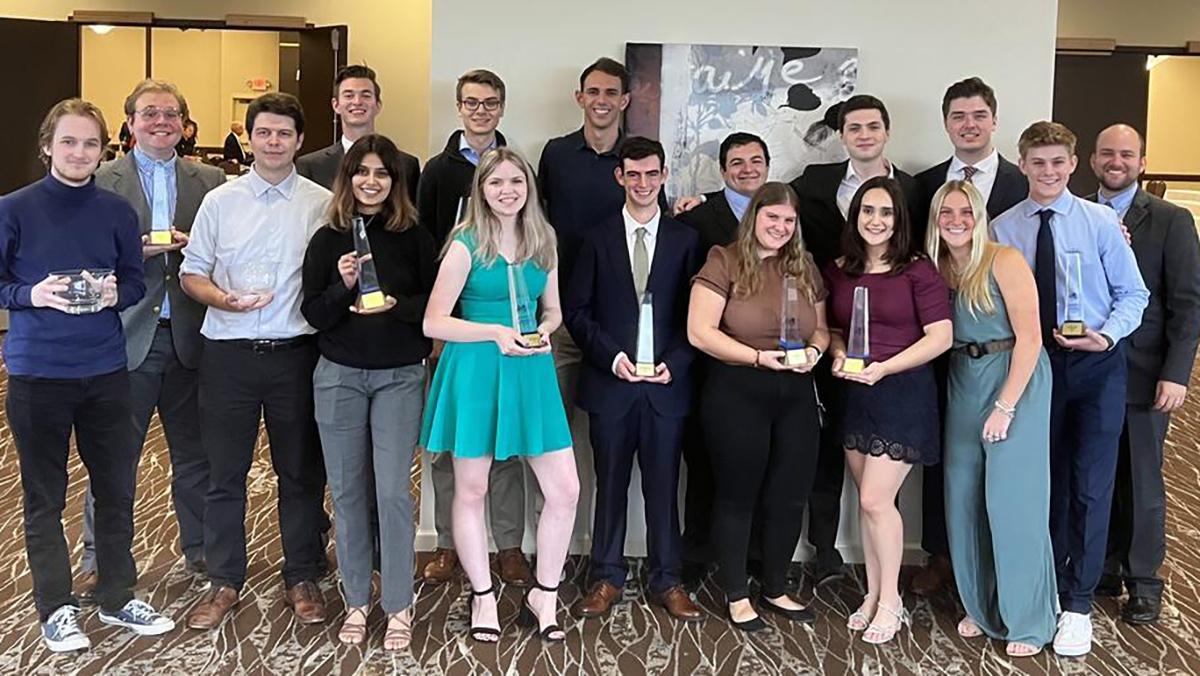 The winners were announced in June but were honored Sept. 22 at the annual Serving NY Regional Award Luncheon at the Double Tree Hotel in Binghamton.

ICTV won the Outstanding Public Affairs Program award with its “A City of Progress” episode — which aired Dec. 8, 2021 — in the station’s monthly local news program, “ICTV Reports.” The episode was produced by junior Paige Tolan and seniors Julia Davis and Riley Garand.

WICB radio also won the Outstanding Use of Audio award for its May 2, 2021, package titled “India’s COVID Crisis From Those Experiencing It,“ which aired on “Ithaca Now,” produced by senior Himadri Seth and Vedant Akhauri ’21.

WICB and VIC radio stations were also each awarded a Serving NY award for their fundraising efforts. Students in WICB raised over $300 worth of toys during an on-campus holiday toy drive for Cops, Kids and Toys. VIC radio also hosted their annual 50 Hour Marathon, where they raised $5,104 for the Southside Community Center.