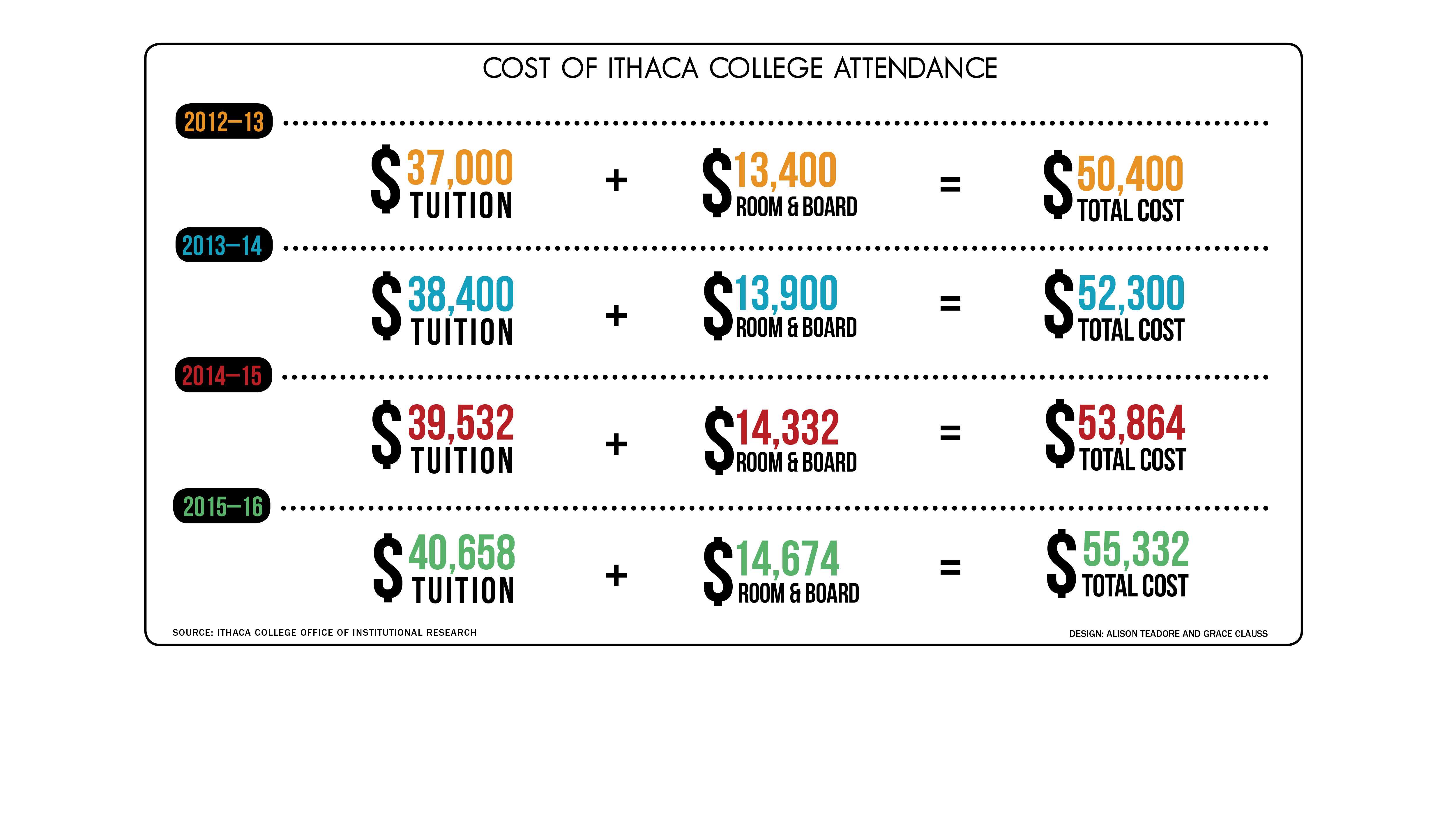 The Ithaca College Board of Trustees has approved a tuition increase for the 2015–16 academic year.

In the college’s press release, it said 2.85 percent is the smallest percentage increase of tuition in 50 years.

The Board of Trustees also approved a $232.7 million operating budget for the 2015–16 fiscal year, an email sent to faculty and staff said. Last year’s budget was the same amount.

The email also said the college has allotted over $109 million for institutional financial aid, representing an increase of over 8 percent from last year’s allotment of $100.1 million.

Peter Rothbart, Ithaca College Faculty Council chair, said he was displeased with decrease in the merit pool, but he said he recognized the administration’s budget decisions were difficult.

“I think given the college’s goals and the local cost of living, I think [the salary pool] is insufficient,” he said.

Last year, 2.75 percent of the budget was allocated for the salary pool, including 1.75 percent for general merit.

In a letter sent to parents, Ithaca College President Tom Rochon credited the small tuition increase to the college’s initiation of zero-based budgeting, which is a practice in which all expenses must be justified for each new period, and the Strategic Sourcing initiative.

Gerald Hector, vice president of finance and administration, called zero-based budgeting a “ground-up approach” in which each department of the college must evaluate its needs to operate and is told not to reference past budgets. Hector said each department cut aspects of its budget this year.

Hector said the Strategic Sourcing initiative will help the college reach its goal to reduce non-salary operating expenses by $3 million in the next two to three years.

Rothbart said both efforts were important in the ongoing efforts to rein in costs.

Sophomore Tiarra Braddock said she has noticed the impact of rising tuition at the college.

“I’ve lost three friends in two semesters from them not being able to afford it,” Braddock said.

As part of the school’s initiative to give younger students an introduction to college, Indira, a third-grader at Belle Sherman Elementary School, Indira, recently shadowed Braddock for a day.  Braddock said she is worried that students like Indira won’t be able to afford college.

“In nine years, what is our tuition going to be up to?” Braddock said. “I’m scared to see what is going to happen.”

Rothbart said he understood the issues with the rising cost of higher education, but said college is partially expensive due to the services students expect from the college.

“The college is very expensive because the students have high expectations, in terms of student support, student services as well as academics and student life,”he said. “In order to attract a certain kind of student, there are certain things we have to do,” he said.

Hector said risings costs were also due to the technology needs of the college.

The consumer price index, which is a measure of changes in the retail prices of a constant marketbasket of goods and services, rose 0.8 percent in the 12-month period starting in December 2013. This was the smallest annual increase in five years.

The consumer price index has risen 7.2 percent since February 2010.

Hector said the consumer price index plays a role in determining tuition but is not the only component of deciding the costs.

The consumer price index is utilized by the college to determine how vendors’ prices will rise in the upcoming year, Hector said.

The further budgeting plans are expected to be covered by Rochon, who was not available for comment, at a special all-college meeting from 12:10 to 1 p.m March 5 in Textor 102.