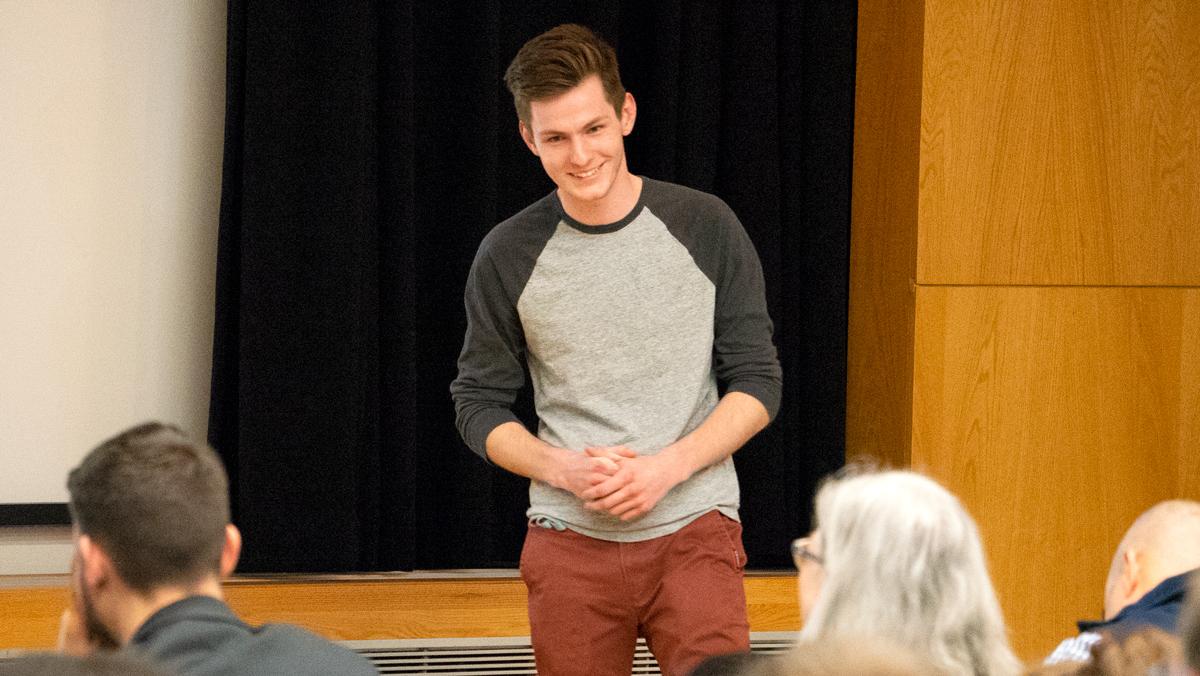 Ithaca College held its first 3 Day Startup, an event that provided students with the chance to participate in a fast-paced group project, allowing them to practice pitching business ideas.

The event was funded by the Roy H. Park School of Communications and lasted from April 5 to April 7. The event occurs in other schools nationwide. It was founded by a group of students in Austin, Texas, in 2008 and has since spread across many higher education institutions around the world.

Shayna Dunitz ’13 is the director of operations at 3 Day Startup in Austin and worked directly with senior Lauren Astor to help facilitate the event. During the event, 25 students had the opportunity to practice coming up with business startups, present them to a panel of judges and receive feedback on their pitches. The panel consisted of Tim Reynolds ’14; Deborah Hoard, president of Photosynthesis Productions, a media production company based out of Ithaca; and Bill Guerrero, vice president for finance and administration. In the end, the groups walked away with more knowledge on how to start their own businesses.

The event consisted of five student groups, named Good News, Morning Boost, CartSmart, Traverse and VeRiFID. The pitches all focused on ways to help make students’ lives easier. Each group had a total of five minutes to present their product idea to a panel of three judges.

This is not the first event that students from the college have participated in to pitch ideas and products. Rev Ithaca Startup Works holds an annual event in downtown Ithaca in which student groups have the chance to win funds for their business ideas.

At 3 Day Startup, senior Elena Piech and her group came up with an idea to make learning a language easier by connecting students with the respective culture through virtual reality goggles.

Piech said her main goal was to gain business experience from the event.

“As a student in the Park School, I feel like I do not get a lot of exposure to the business world,” Piech said. “I wanted to participate to gain more business and startup skills, especially because I am really interested in working in the technology space in the future, and the startup culture is really ingrained in the space.”

Senior Stetson Doggett and his group came up with the idea for CartSmart, an application that compares prices at nearby grocery stores to find the best deal.

Doggett said that through the three-day event, his team learned how to figure out how to appeal to a certain market.

“We learned what the potential is for growing an idea and establishing it as a business,” Doggett said.

The Good News group addressed the accuracy of news by making a Google Chrome extension that would provide users with background information on the website they are visiting, like who the owner of the website is and how long they have owned the website.

Morning Boost was pitched as an on-campus breakfast delivery service that would only provide two breakfast sandwich options and two coffee options to make deciding on food easier and less stressful for students. This food service would also help to bring jobs to students on campus.

VeRiFID was a group of students that consisted of communications and film majors as well as students employed at the Park Portable Equipment Center and Services. This group had the idea to implement radio frequency identification into camera rental equipment shops around the world to make the process for workers and clients faster and more efficient.

Astor said she thought the event went well and the participants were engaged in creating business proposals. She said there were many people that helped make this event happen, and with a group effort, this idea was able to become a reality.

“I’ve developed an interest in event management over the last year, so I produced 3 Day Startup as my emerging media senior capstone project,” Astor said. “Our participants were passionate and worked hard over the weekend to develop impressive startup ideas.”