Ithaca College plans to cut more than half of abroad programs 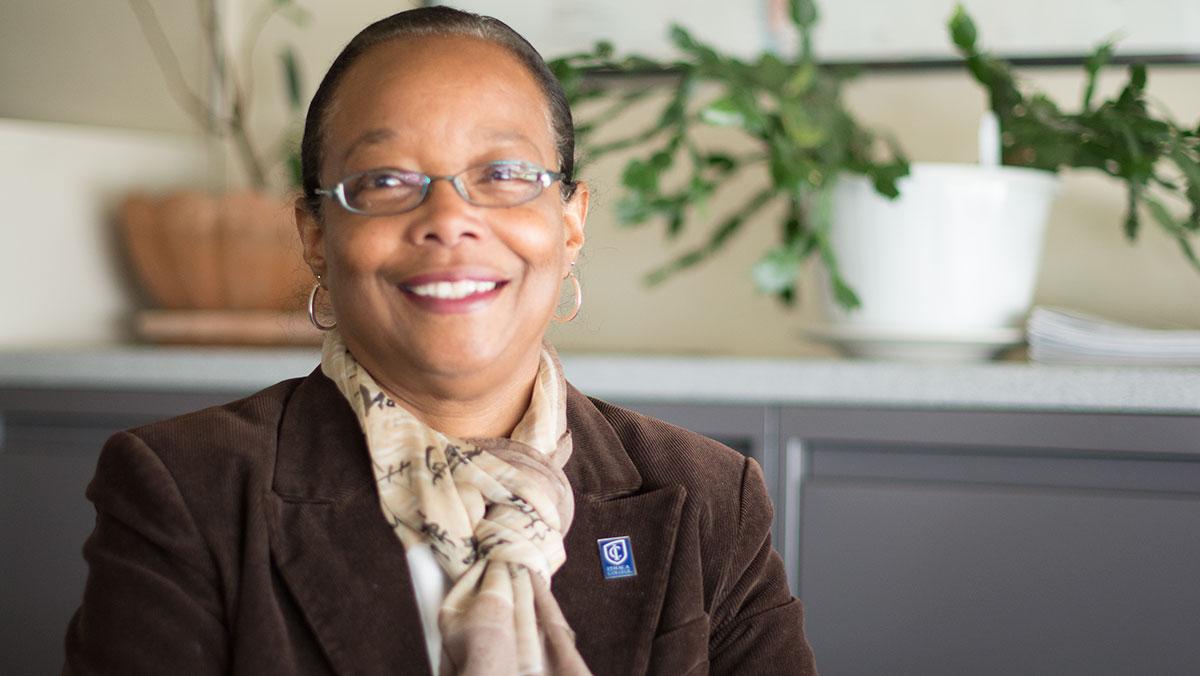 Tommy Battistelli/The Ithacan
Tanya Saunders, assistant provost of international programs and extended studies, said Ithaca College is planning to cut more than half of its study abroad programs for the 2017–18 academic year. Currently, the college has 249 affiliated study abroad programs available to students. The revised list has 68 total, 22 of which are new programs.
By Grace Elletson — Staff Writer
Published: May 3, 2016

The Office of International Programs at Ithaca College is planning to cut more than half of its study abroad programs for the 2017–18 academic year.

Currently, the college has 249 affiliated study abroad programs available to students. The revised list has 68 total, 22 of which are new programs — this means the college cut 203 programs, or almost 82 percent of the original list. Tanya Saunders, assistant provost of international programs and extended studies, said the programs being cut will be considered nonaffiliated with the college, meaning students can still take a leave of absence and petition to study abroad with these programs.

Saunders said the cut programs are the ones that were the costliest and were not popular among students. She said the college also assessed the safety and the quality of the programs cut and made sure to still have programs that represented all of the world regions.El

“If you have a program that has had only one student in five years, why would you keep it on the list?” Saunders said. 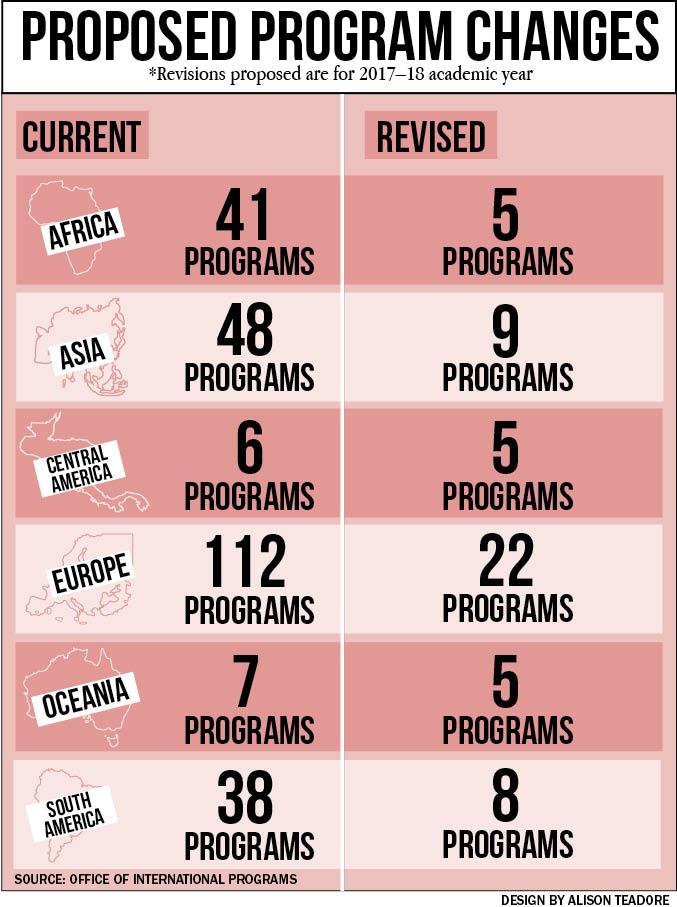 Benjamin Rifkin, provost and vice president for educational affairs, said another reason certain programs were cut was because the tuition of the program exceeded the tuition students pay at the college. He said if a program costs more than the college’s tuition, the college pays the difference. Saunders said this is the main reason why they had to cut the costlier programs, because the college could no longer afford to pay the difference in tuition.

Only federal financial aid can be used to cover the costs of nonaffiliated programs, not college grants or scholarships. There is also a $415 fee for students to participate.

Rifkin said the number of choices the college had for studying abroad became overwhelming because programs continued to be added but were never cut down.

Saunders said the list is flexible to change depending on the popularity of the programs. The programs on the revised list cover areas in Asia, Africa, Central America, Europe, South America, Oceania regions and the Middle East.

David Turkon, associate professor and chair of the anthropology department, said he is concerned that the study abroad options for students will be limited, especially for anthropology students who want to conduct research in particular parts of the world. He said the leadership of the college should not make what he calls “decrees” without taking into account how these decisions will affect certain programs.

“Let the departments — based on the curricular needs of our students — let us be the ones who decide what are the best study abroad experiences for our students, not the budget office,” Turkon said.

Freshman Leah Larsen said she is concerned that by limiting opportunities for students to travel abroad, students might be limited from having invaluable experiences. She said students are already paying very high tuition to go to the college, so they should be given the resources to succeed.

Larsen also said as a biology major, it is already hard for science students to find international programs equipped with the classes she needs to graduate.

“It’s already hard enough to do a study abroad program, especially when you don’t have a liberal arts major, in the science field,” Larsen said, “So when you cut down the programs, you’re limiting the opportunities.”

Saunders said the cuts would help keep the tuition at the college, which is currently $40,658, from rising. The college has been taking other measures to help keep tuition down, such as implementing the zero-base budgeting plan, cutting 40 staff positions and increasing fundraising.

Rifkin said the program cuts would save roughly $300,000 for fiscal year 2017–18, and $500,000–$600,000 annually for subsequent years. Marc Israel, assistant provost for finance and administrative operations, said these numbers are historically based on how many students study abroad in certain regions through specific programs.

Senior Matthew Byers studied abroad in Valencia, Spain, through the IC exchange program, which is not being cut. He said he understands why more unpopular programs would be cut if students aren’t going to them.

Junior Kaitlin Logsdon is currently studying abroad in Vietnam through the School for International Training program, which is planned to be cut. She is currently doing research that will contribute to her honors thesis.

She said the work she is doing is extremely important to her college experience and that she is grateful to have had the experience to study with this program.

“I would be so disappointed to see it cut in the future, as it has given me access to a language I could not have learned anywhere else,” Logsdon said, “I have had the opportunity to see the entire country while still taking classes.”