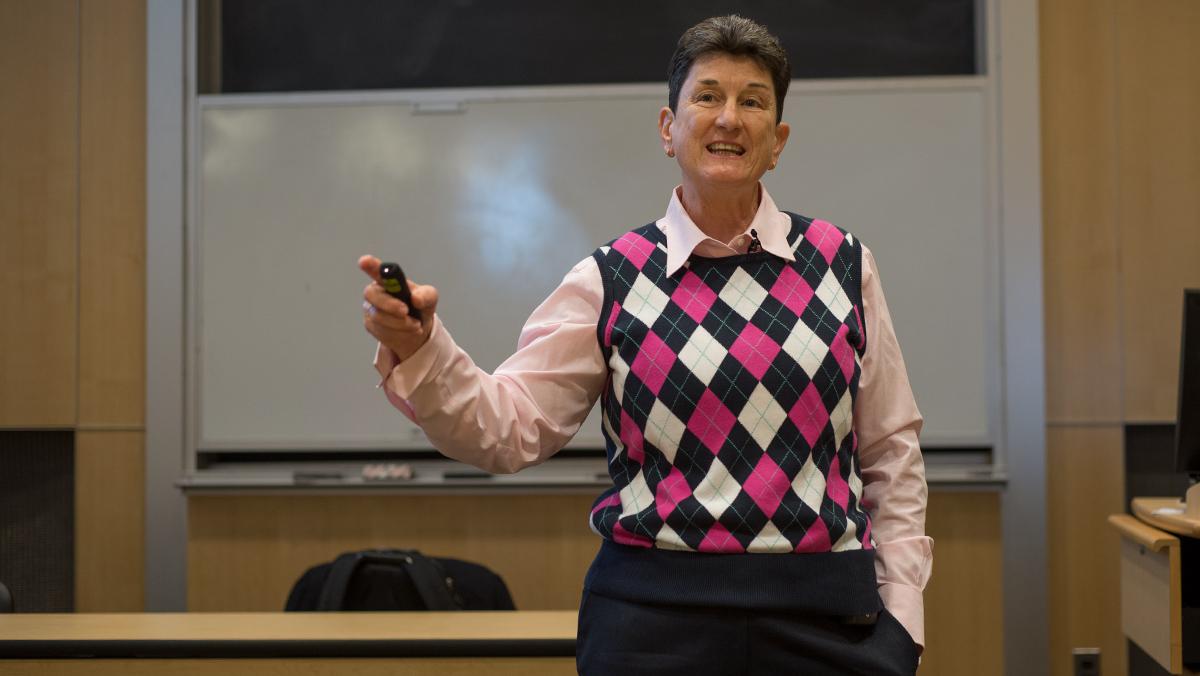 Ithaca College has released the results of its most recent campus–climate survey, titled Assessment of Climate for Learning, Living, and Working, which reveals that low-income students, first-generation college students and students of color struggle the most with the college’s environment.

Susan Rankin, principal of Rankin & Associates Consulting, the firm hired to conduct the campus–climate survey, conducted two public sessions April 25, where the data was presented and discussed among faculty, students and staff who attended.

The Climate Study Working Group, formed in December 2015, conducted 19 focus group meetings with 139 students, faculty and staff, and used this data to formulate questions that were sent to the community in Fall 2016. Forty-six percent of the community responded, totaling 3,823 responses.

Junior Marieme Foote, president of the Student Governance Council, said she is excited the survey came out in a transparent way and that the data are so detailed. Last semester, the SGC pushed to encourage members of the campus to take the survey because less than 50 percent of the community had taken the survey a week before it closed, according to the SGC’s open letter to the campus.

“I’m really happy that a lot of people took it, and the campus showed up and really shared their thoughts,” Foote said.

Tom Swensen, professor and chair of the Department of Exercise and Sport Sciences and chair of the Faculty Council, said faculty at the college have previously experienced not being taken seriously during decision-making. He said that when faculty tried to address the issues that arose during the racial protests of Fall 2015, he remembers a senior administrator’s telling them that decision-making simply was not their job.

“The reality of it is, is that everything at the college is about the educational mission,” Swensen said. “Faculty would like to be listened to.”

Among staff, 57 percent said they had seriously considered leaving the college in the past year, which Rankin said is higher than the usual number when compared with other colleges her firm has surveyed. Rankin said some common themes that were identified through written responses from the staff include that they feel undervalued at the college, that the workload is too high and that there is poor supervision.

Rankin said staff members’ feeling undervalued is not an issue exclusive to the Ithaca College community, but rather an issue felt across most higher education institutions.

“Staff feel like they don’t belong here,” Rankin said. “When you read the comments, it’s because they feel like they’re invisible. They’re second-class citizens.”

Cheryl Christopher, Postal Services assistant, said she agreed with the findings of the survey and that she has personally felt undervalued as a staff member. She said collaboration with the administration and staff to solve these issues is the place to start.

“If we could all get together and communicate and have a plan that people are going to follow, I think it would be a lot better,” Christopher said.

The initial contract with Rankin & Associates to conduct the survey cost the college about $70,000, said Roger Richardson, associate provost for diversity, inclusion and engagement.

Rankin concluded both sessions by encouraging the campus community to own the issues that the college is currently facing but also to recognize that finger-pointing is not the correct avenue to address problems.

“At Ithaca, based upon our results, you have a classist, racist, sexist, heterosexist … environment,” Rankin said. “But in higher ed, I find in my 40 years of experience, we don’t call it that. … This institutional climate, based upon our study results, show you have those climates. If you don’t start calling it racism and sexism and heterosexism, then you’re devaluing the experiences of those folks who are experiencing them, and that’s not OK.”

Richardson said he agreed with Rankin that the college has a lot of work to do to start addressing the issues found in the data. The next step, he said, is to start developing actionable items that can be implemented to address these issues.

“Like most college campuses, this is a microcosm of society, and racism and sexism and classism — all the ‘isms’ in the world — exist within this community as well,” Richardson said. “And I think as a college community, within the course of the last two years, 15 months, we have been acknowledging, maybe not as deliberate as we need to, but we acknowledge that these ‘isms’ do exist and that we as a community are working toward promoting inclusive excellence.”
Assistant News Editor Sophia Adamucci contributed reporting.

Here are some key findings from the Rankin & Associates summary:

Board of Trustees makes statement about Rochon and campus climate