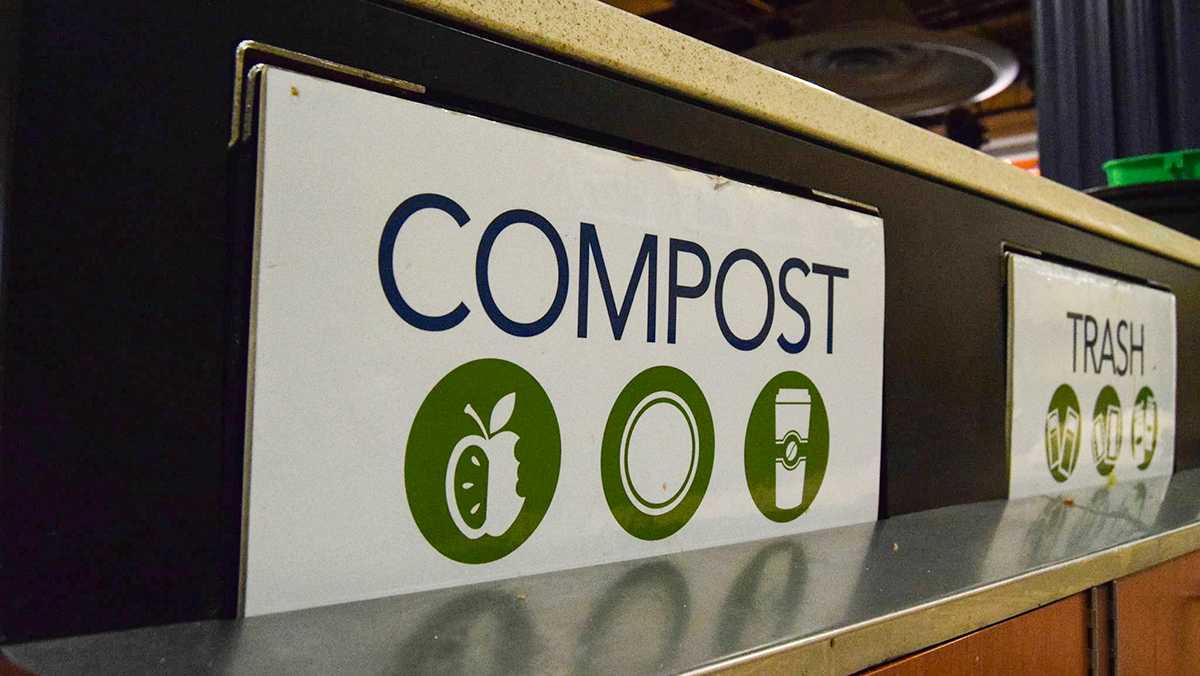 Due to a policy change at Cayuga Compost, the company that handles Ithaca College’s compost, the retail and satellite compost locations on campus will be removed.

Jerone Gagliano, director of energy management and sustainability at the college, said the decision to remove the retail locations instead of narrowing or specifying what goes in the bins was made because there is no way to ensure that people will follow the compost guidelines.

IC Square, the Campus Center lobby and the new Circles Apartments compost location are all examples of retail locations where composting bins will be removed, Gagliano said.

According to a Jan. 21 announcement from the college, Cayuga Compost will now only accept food scraps, paper towels and paper napkins for composting. Coffee cups, plastic utensils and paper plates are among the items not being accepted following the policy change.

The countywide policy change comes as a result of continued plastic contamination at the facility from plastic cups, utensils and other things, said Bobby Seymour, compost manager at Cayuga Compost. Plastics are not organic material and therefore are detrimental to the finished compost’s purpose as a fertilizer.

“This was a decision that was made jointly with us and our partner, the Tompkins County Solid Waste Division,” he said. “We were getting plastic–coated products and/or plastic–based products. … We found that most of these items were leaving a residue in our finished compost.”

In 2015, the college recycled 309 tons and composted 251 tons of waste, Gagliano said, and 98 percent of all compost on campus is from food scraps collected from the dining halls. The remaining 2 percent amounts to 5.02 tons of waste not being collected for compost. Senior Ben Tolles, sustainability project assistant of the Eco-Reps, said in the 2014–15 fiscal year, the college produced 714 tons of trash.

Seymour said confusion and mislabeled products are resulting in noncompostable items ending up in the feedstock, the name of the material to be composted.

“After many, many months of looking at the situation and our product and the feedstock that was coming into our facility, it was noted that there was much confusion in the community about what is and what is not fully compostable. … Some were listed as being completely compostable; some were not,” he said.

Gagliano, Seymour and Tolles all noted the Starbucks coffee cups as one of the most confusing products. The cups, they said, are lined with plastic — unlike other wax-lined coffee cups that are compostable — and belong in the trash.

When plastics come into the facility it is “almost impossible” to sort them out and takes many labor hours, usually requiring overtime, Seymour said.

Seymour said by narrowing the list of acceptable items and specifying more clearly what is and is not compostable, Cayuga Compost will be able to make a quality product that is safer to use. The product Cayuga Compost makes is delivered to landscaping companies, farms and residential buyers across the county.

Composting will still be available in retail areas if there are IC Eco-Reps to facilitate, Gagliano said. The Eco-Reps, student volunteers with the Resource and Environmental Management Program, have regularly facilitated trash, recycling and composting at retail areas, dining halls and events on campus. Gagliano said he imagines Eco-Reps working with the Office of Facilities to set up a compost bin that would appear at the lunch hour in IC Square.

Tolles said the Eco-Reps have yet to meet this semester, but there are plans to organize shifts. He said instead of just facilitating the process, the Eco-Reps will take on the additional responsibility of showing the public what and why certain items belong in the compost bin while others do not. He said one or two compost bins will not make a significant impact relative to the amount of trash collected, but education will.

Tolles said the Circles Apartments compost location that was added at the end of the fall semester has been “postponed temporarily,” until he can find a volunteer to oversee it. He said a lack of understanding of what is compostable interfered with the success of the program.

“People weren’t looking at the sign on the actual trash can,” Tolles said. “It said, ‘Compost here, only put compost here,’ but people would come and just chuck their trash in there. So when we went to go collect it, it was just full of trash.”