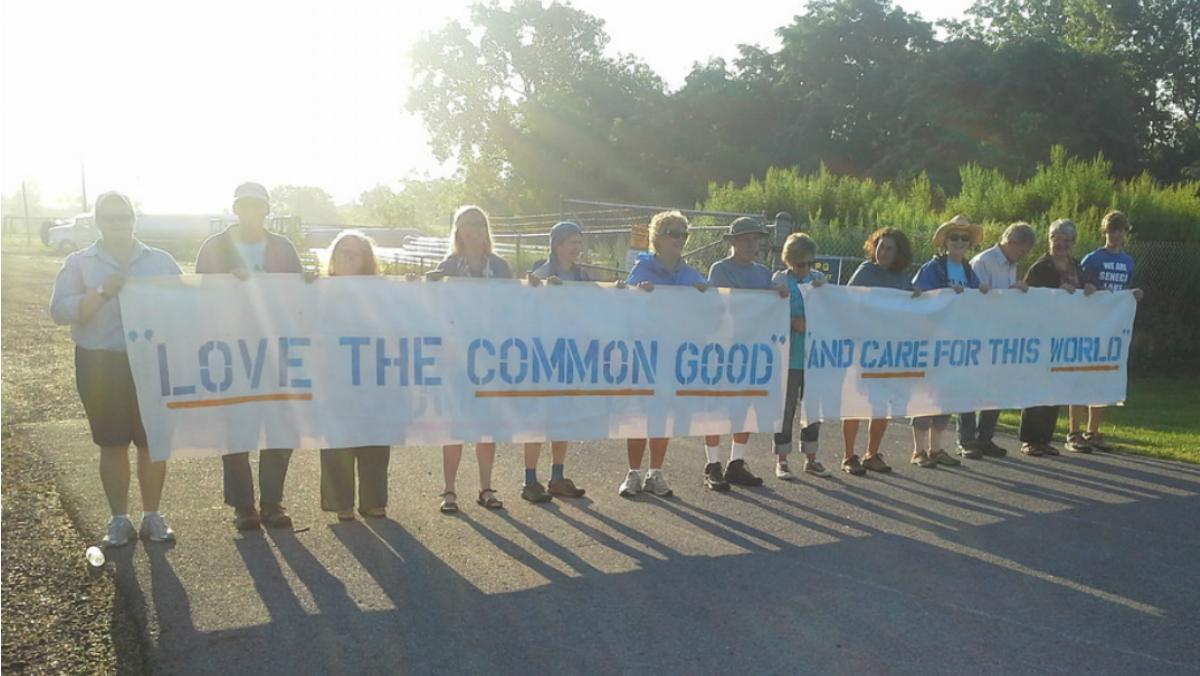 Courtesy of We Are Seneca Lake
Thirteen protesters were arrested this morning after forming a blockade at Crestwood Midstream’s gas storage facility in Watkins Glen, New York. An Ithaca College student was among those arrested and charged.
By Kira Maddox — Editor-in-Chief
Published: August 4, 2015

An Ithaca College student was arrested and charged after participating in an environmental protest in Watkins Glen, New York, officials said. 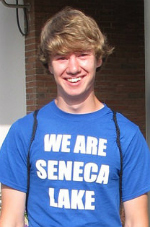 Ithaca College Junior Joshua Enderle was one of 13 arrested this morning. Courtesy of We Are Seneca Lake.

Junior Joshua Enderle and 12 others were taken into custody by the Schuyler County Sheriff’s Office and charged with trespassing and disorderly conduct after participating in a blockade at the Crestwood Midstream gas storage facility, Sandra Steingraber, an official with the We Are Seneca Lake campaign, said. Steingraber is also a distinguished scholar-in-residence in the college’s environmental studies and science department

The campaign began protesting at Crestwood in October 2014 because of its storage of dangerous methane gas and the risks they believe the gas poses to Seneca Lake, Steingraber said.

Enderle and the 12 others received tickets telling them when to appear in court and were then released from custody, Steingraber said. Officials from the Sheriff’s Office were not available for comment at press time.

Enderle, as an environmental studies major, said he joined We Are Seneca Lake last spring semester. While he is from Western New York and has no personal ties to the lake, he said he understands the need for its conservation. The lake provides drinking water for people and creates a thriving Finger Lakes economy, he said.

“This wasn’t scary to me at all, it was just something I felt I had to do,” Enderle said of the incident. “Protesting, standing up for what you believe in, is something I feel like everyone should do and has a need as a citizen to do.”

In the early morning of Aug. 4, the protesters formed a human chain to block traffic from entering or leaving Crestwood, Steingraber said. Protesters then began to recite Pope Francis’ recent letter on climate change, as they have done during three previous blockades, Steingraber said.

The blockade stopped traffic for about a half hour before being broken up by the Sheriff’s Office, Steingraber said. Those arrested joined more than 330 other arrests as a result of the campaign’s protest of gas storage, she said.

The 13 protesters arrested today were: