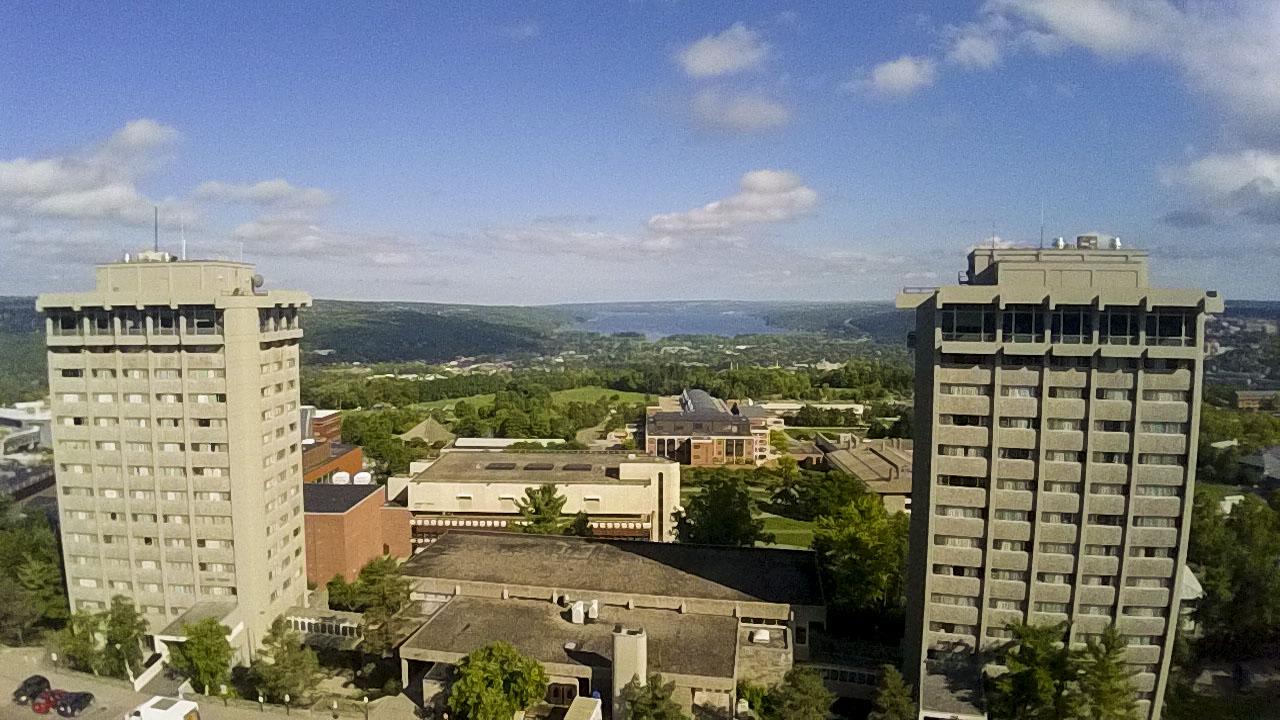 File photo/the ithacan
Ithaca College is looking into utilizing the campus facilities and housing during the summer months to host an increasing number of conferences, camps and sporting events.
By Meredith Husar — Staff Writer
Published: April 22, 2016

Ithaca College is seeking new ways to generate alternative sources of revenue to keep tuition from rising. One of the ideas being developed is expanding the use of the campus by outside organizations and visitors in the summer.

The college already regularly hosts a number of conferences, camps and sporting events throughout the summer months, but this summer will be busier than usual to test the feasibility of this initiative.

Margie Malepe, director of Campus Center and Event Services, said in addition to the approximately 40 returning events, there are six new organizations scheduled to come to the campus this summer, including music groups and athletic events ranging from 30 to 600 participants. For some of the groups, the college is providing meals and housing in the residence halls.

Gerald Hector, vice president for finance and administration, said this summer will be a “stress-test” on the facilities and staff to find out if increasing summer usage will be feasible, and if so, profitable.

“Our net tuition isn’t growing, and our expenses are growing,” Hector said. “In order for us to allow for our students to afford to come here, we have to continually be giving out more aid. So we have to find ways to get other sources of revenue into the institution. One of the things we have not been doing is utilizing our facilities in ways that can generate a revenue source.”

Hector said the college is looking to work more closely with the Ithaca Convention and Visitors Bureau to bring in more guests, as the hotel space in the city is limited. He said the idea is that the bureau will alert the college when big groups or events are coming to Ithaca so it can reach out and see if people would consider staying on campus.

“Somewhere, somehow, we’re going to have to figure out how to get our name out there,” Hector said.

Malepe said another goal the college has is to increase usage of the Athletics and Events Center. It is working with organizations in surrounding communities, like Cortland, to make this happen.

Machell Phelps, executive director of the Cortland Regional Sports Council, said she has been working in partnership with the college for several years to attract event opportunities to the region.

“Not all of them work for the Cortland area,” Phelps said. “But rather than lose them to Buffalo or Long Island for instance, I would rather work with Ithaca College to see if we could bring the event to central New York.”

There are a few obstacles to housing visitors, one of which being the residence halls are not air-conditioned. Another challenge is accommodating guests while simultaneously working on necessary maintenance and renovations to the residence halls and academic buildings.

“We really juggle and work with facilities very closely to figure out how we can make them both happen,” Malepe said.

Hector said this summer will be the pilot for future developments to this plan. He said it is a great idea but that there are still feasibility studies that need to be conducted to determine the limits of the campus facilities and staff, and exactly how much revenue can be produced through this initiative, before it can take root.

“I would say it’s really going to be a two- to three-year process,” Hector said. “It’s going to have to mature on our campus. But you don’t know if you don’t try, so that’s what we’re doing.”