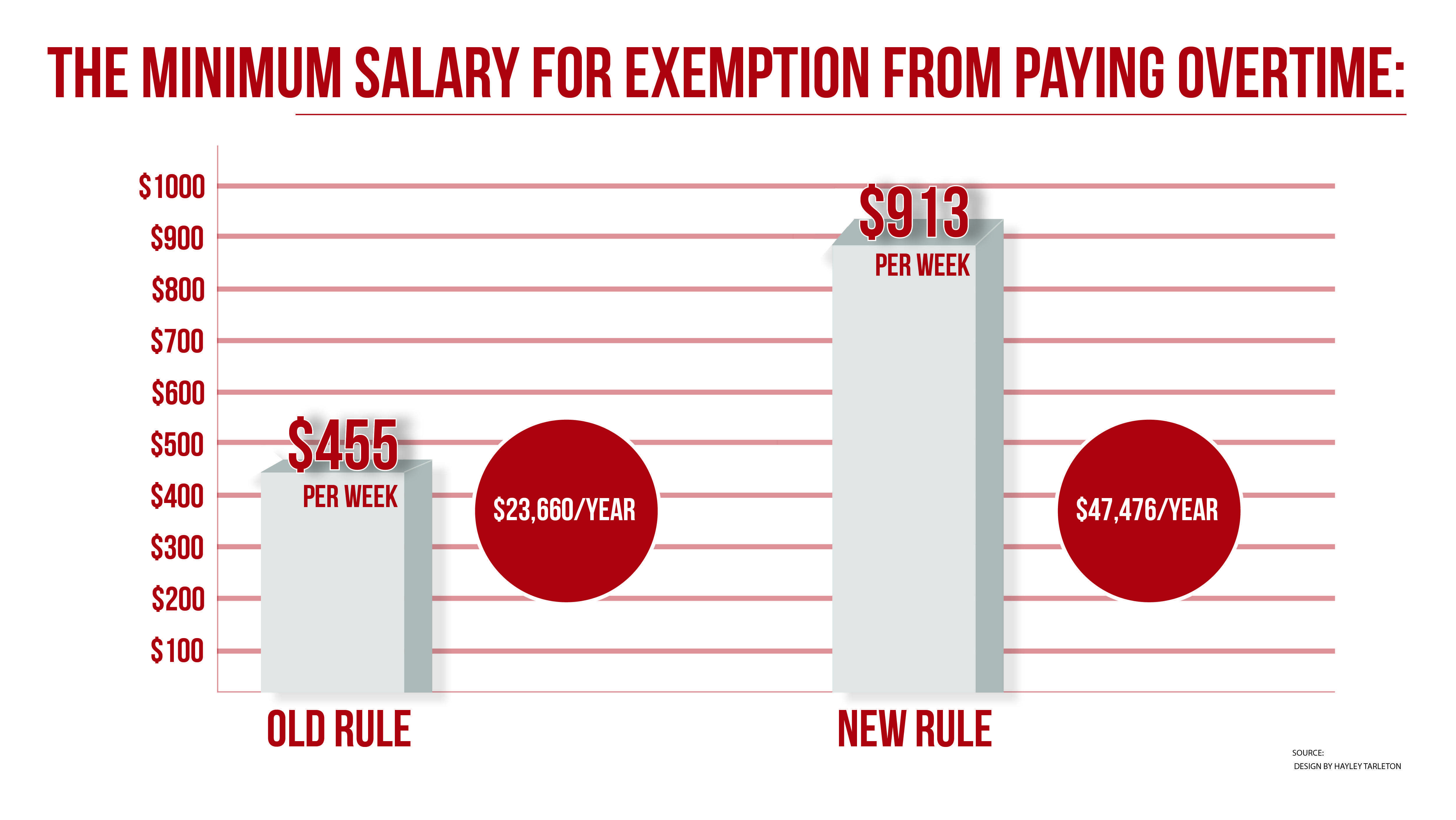 Hayley Tarleton/The Ithacan
Ithaca College is currently determining how it will comply with the new overtime rule, a change to the Fair Labor Standards Act by the U.S. Department of Labor, which makes more full-time salaried employees eligible for overtime pay by raising the minimum threshold for salaries.
By Sophia Tulp — News Editor
Published: September 7, 2016

A new federal regulation will change the way that higher education institutions compensate employees for overtime hours, causing uncertainty at Ithaca College about which positions will be covered under the new rule. The college has determined that 100 staff positions could face either increases to their salaries or overtime pay.

The new overtime rule is a change to the Fair Labor Standards Act by the U.S. Department of Labor. The rule makes more full-time salaried employees eligible for overtime pay by raising the minimum threshold for salaries, said Cindy Reckdenwald, director of compensation and workforce planning in the college’s Office of Human Resources. Employees who make up to $47,476 per year will be eligible for overtime pay. Previously, only those who earned up to $23,660 per year were eligible.

The college has until Dec. 1, to comply.

Andy Brantley, president and CEO of the College and University Professional Association for Human Resources, said this change presents a challenge for smaller colleges across the country, where average salaries are typically lower.

At the college, the Office of Human Resources has identified 100 staff positions that might have their pay altered; however, these positions are not being released at this time, Reckdenwald said. The office is in the process of contacting departments to discuss the positions that might be affected and how they will comply with the new regulation.

The college has two choices when it comes to compliance: pay staff members overtime or raise their salary threshold to meet the new minimum. Reckdenwald said her office has not yet made a decision on what choice the college will make. Jim Newberry, an attorney at Steptoe & Johnson PLLC who oversees the firm’s higher education team, said colleges will most likely do a little bit of both.

Staff members would be exempt from the rule — not requiring overtime pay — if their responsibilities met the “duties test” and fall under the executive, professional or administrative categories as dictated by the FLSA. For example, an executive job might include supervising two or more employees; a professional job could include teaching or other specialized skills; and an administrative job would require the employee to “exercise independent judgment and discretion about matters of significance,” according to the FLSA.

If their salary does not meet the $47,476 minimum, they will be eligible for overtime pay or an increased salary regardless.

“We have to look at how each position is defined and what’s the work associated with that level of decision-making, autonomy,” Reckdenwald said. “There’s a whole bunch of different nuances that you have to look at for a certain position.”

Of the positions being reviewed, most meet the duties test, as they fall into one of the three categories but they do not meet the new salary threshold, Reckdenwald said. She could not give a list of positions that would fall under this nonexempt status but said that at institutions nationwide, the positions that are the most uncertain are residence directors and some in the admissions office.

“The negative side of a change like that, because it was so extreme — almost doubling that salary threshold for any institution — there’s a financial cost no matter what you do,” Reckdenwald said. “I can’t say that it is a benefit to the institution, but it could be a benefit to employees.”

This rule affects all businesses across the nation; however, it has a distinct effect on higher education — especially small, private colleges, Newberry said.

“The problem that confronts the small, private colleges is that their budgets are generally smaller,” Newberry said. “When you have a smaller budget, then the implications for a change like this are just greater.”

An Ithaca College administrator announced at the Jan. 21 All-College Meeting that the initiative to cut 40 staff positions over the course of the 2015–16 academic school year will no longer include positions that are currently filled.

Ithaca College staff cuts will not include filled positions