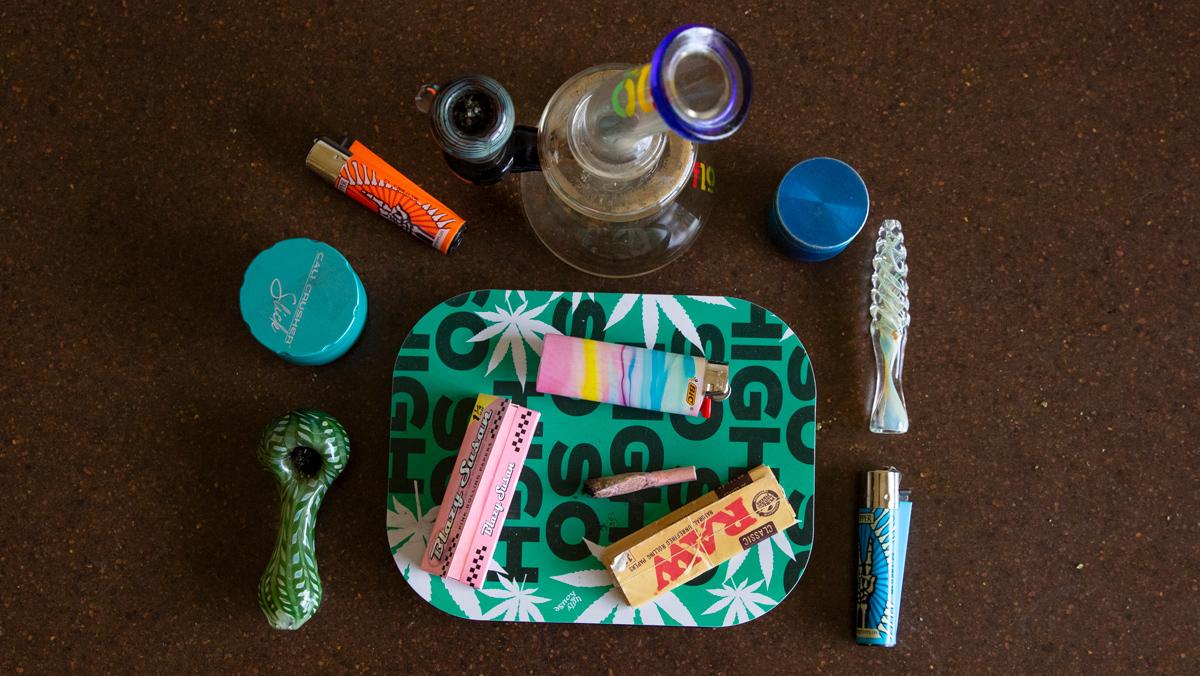 Ash Bailot/The Ithacan
Katie Newcomb, assistant director of the Office of Student Conduct and Community Standards, said the Drug-Free Schools and Communities Act (DFSCA) requires federally funded schools to not only comply with the federal illegalization of marijuana and other drugs but also to run a drug and alcohol abuse prevention program.
By Elijah de Castro — Staff Writer
Published: April 15, 2021

After years of rallies in its favor, New York Gov. Andrew Cuomo signed a bill legalizing recreational marijuana in New York state March 31. Despite Ithaca College having the 16th most weed-friendly student body in America, not much will change for students.

The bill, called the “Marijuana Regulation and Taxation Act,” allows for the possession of up to three ounces of marijuana for recreational purposes. Schools like Cornell University, Tompkins Cortland Community College and Ithaca College are maintaining their policies prohibiting marijuana. Because Ithaca College, like many colleges in the state, receives funding from the federal government, which still classifies marijuana as an illegal substance, marijuana is not permitted on campus. Even medical marijuana, which has health benefits like reducing chronic pain and seizures, is illegal on campus.

Katie Newcomb, assistant director of the Office of Student Conduct and Community Standards, said the Drug-Free Schools and Communities Act (DFSCA) requires federally funded schools to not only comply with the federal illegalization of marijuana and other drugs but also to run a drug and alcohol abuse prevention program.

Newcomb said that additionally, recreational marijuana is only legal for adults over 21 years old. Most of the college’s student body is under 21, meaning that even if the school were able to legalize it, it would still be illegal for most students to consume, similar to alcohol.

Sophomore Andres Rendon said he believes that while the legalization of marijuana in New York state is a good thing, the college should be open to changing its policy down the road.

“It’s safe to say in general that Ithaca is a very liberal city,” Rendon said. “Even on the college campuses, I feel like colleges are always automatically much more liberal just because that’s the natural demographic of them. I understand that Ithaca could get deprived of federal funding, … but everyone knows the general culture around drug usage at Ithaca College. I guess the college administration just has to catch up with that and realize that people should be able to do that at their own risk.”

The bill also expunges the records of people who had violated laws the bill now legalizes. However, at Ithaca College, students can still be judicially referred for marijuana violations. The college’s 2020 Annual Security & Fire Safety Report said that in 2019, there was a combined total of 387 drug-related referrals on campus and in student housing. This was a significant decrease from 600 referrals and 12 arrests in 2017 and 519 referrals and 15 arrests in 2018. Only one drug-related arrest was made in 2019. Throughout the 2020–21 academic year so far, 14 students have been referred to the Office of Student Conduct and Community Standards for offenses regarding marijuana use, according to the college’s public safety logs.

Sophomore Ben Caruccio said that expunging marijuana records is a good way to fix the wrongs of the past. However, he said he believes that the legalization on college campuses could take a while.

“I think especially with the legalization of it I could see them changing it, but not anytime soon,” Caruccio said. “That feels like something that would be a slow process. Maybe in the next decade, but I don’t see them changing it for next year, for example. I see it staying the same for a bit.”

Despite maintaining its policy prohibiting marijuana, the college joined New York state in decriminalizing the drug in 2019. By decriminalizing it, the possession of marijuana went from being a felony or misdemeanor to being a ticketable offense.

The consequences for students that break Ithaca’s marijuana policy remain. After a first offense, students are required to take a web education course. After a second offense, they go on disciplinary probation for one year. After a third, they are removed from campus housing. After a fourth, they face suspension.

The bill is heavy on making reparations for the war on drugs, including a 13% tax rate that will be redistributed to education, community grants and drug treatment programs. In 2019 alone, 1.5 million Americans were arrested on drug–related violations, the majority of which were for possession. Over a half million of these arrests were marijuana arrests. Additionally, despite white and Black Americans consuming marijuana at a similar rate, Black Americans are four times more likely to be arrested for possession, according to the National Organization for the Reform of Marijuana Laws.

Sophomore Pablo Correa-Ramirez said he hopes the legalization will make amends for the war on drugs and is disappointed that Ithaca College’s policy will not change.

“I disagree with it,” Correa-Ramirez said. “I think that if a law is passed in a state, you should be able to follow the laws of the state. But again, there are things called private institutions, and Ithaca does happen to be one of those.”