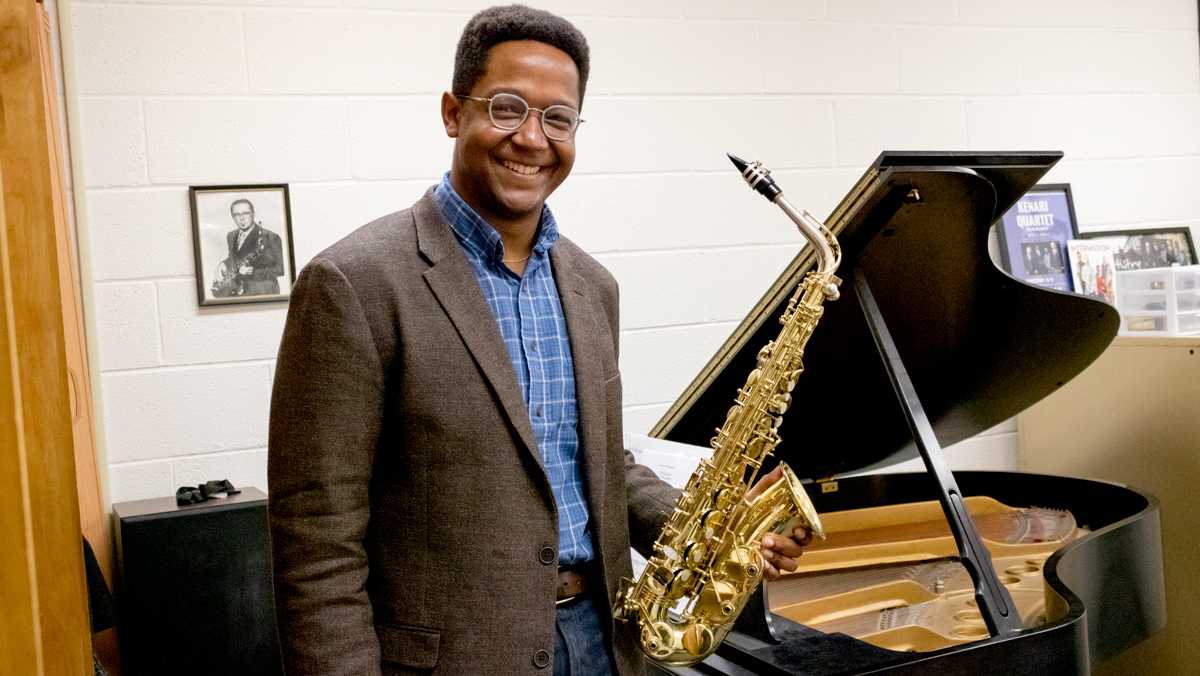 Steven Banks, assistant professor in the Department of Performance Studies at Ithaca College, became the first saxophonist in 59 years to earn a place on the Young Concert Artists (YCA) roster.

YCA is a nonprofit organization that promotes classical musicians and helps further their music careers. In November 2019, YCA held Young Concert Artists International Auditions in which Banks performed for a panel of 11 judges.

Banks said that during the auditions, he felt comfortable onstage and concentrated on his own musical performance rather than other contestants’ auditions.

“During my audition, I was not really worried about the outcome,” Banks said. “I just wanted to be myself and play my best. I was not worried if I messed up, but, instead, I wanted to make sure that I represented myself artistically. That was freeing in a way, and it makes being a prizewinner more fulfilling knowing that it was not just based on perfection.”

Monica Felkel, director of artist management at YCA, said she was unsure about a saxophonist’s ability to represent YCA until she heard Banks play.

“Before even hearing Steven or any classical saxophonist, I had real concerns as to whether or not this was an instrument that Young Concert Artists could really take under their wing and book concerts with,” Felkel said. “The way that the board members took to his performance, I think this really shows us that there is space for us to move still within classical music. It shows that there is so much more room for growth in helping people understand what classical music is.”

After the auditions, the performers were awarded prizes like concert engagements, concerto engagements and Kennedy Center debuts. Banks received prizes from presenters from places like Germany, Pennsylvania and Washington, D.C.

“He got a prize with an orchestra,” Felkel said. “He got a prize with Saint Vincent College. He got a prize from Germany. He got the Washington Performing Arts prize. The fact that presenters were there who rarely have someone outside of the standard piano string quartet spoke leaps and bounds to what a great musician he is.”

YCA has fostered over 270 professional musicians like pianist Richard Goode, pianist Emanuel Ax and opera singer Dawn Upshaw. Karl Paulnack, dean of the Ithaca College James J. Whalen School of Music, said individuals from that list have consistently gone on to become some of the world’s best, and he thinks Banks will be one of those someday.

“Emanuel Ax, Jeremy Denk and Richard Goode, those are all pianists,” Paulnack said. “If you asked people to name five of the most important pianists alive, those three would probably be in everybody’s list. This competition seems to have a history of identifying people, many of whom are going to become superstars of their generation.”

Banks said he believes that being part of YCA will allow him to perform with people who will further his musical career, and he will look back on this opportunity later in his career as a life-changing moment.

“I like to describe it as a chance to do all of the things that I have been dreaming to do since starting to play music,” Banks said. “It is a chance to play with major orchestras and composers, and so it gives you the opportunity to be in front of the right people that you would not necessarily be able to be in front of without the organization’s support.”

Paulnack said that having a professor with the hands-on experience that Banks will receive will benefit the college’s music students.

Banks said that as a full-time professor at the college, practicing for the audition and making sure to provide lessons to his students was very challenging, but, in the long run, he thinks the experience will benefit the college, the students and himself.

“I didn’t want to take away from my students at all for something like this, but I knew that if it worked out that it would enhance their experience and my future students’ experience because then I would be able to bring more to the table for them,” Banks said.

Paulnack said he has high hopes for Banks’ musical career.

“I think Steve is making the future,” Paulnack said. “I think 20 years from now, we’re going to be able to look back and say, ‘You’ve heard of Steve Banks right? Well, he got his start in the teaching world here at Ithaca College.’”