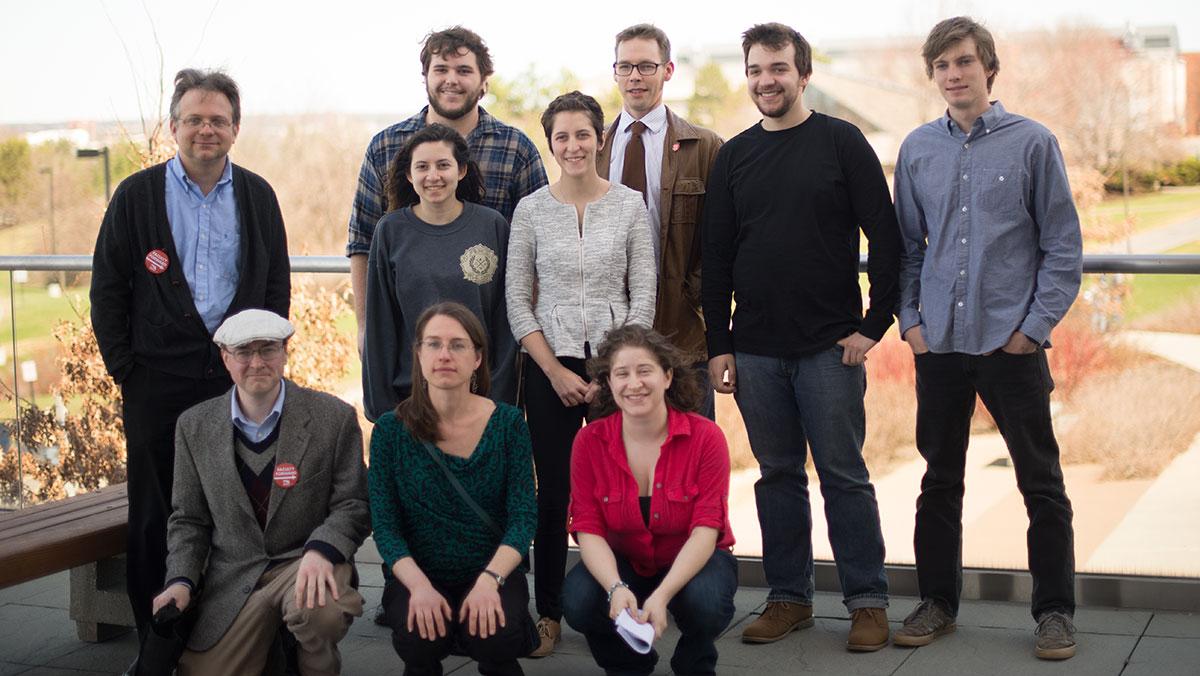 The National Labor Relations Board has finalized the date for Ithaca College’s part-time faculty unionization election, which Linda Petrosino, interim provost for educational affairs, detailed in a letter to part-time faculty April 22.

On April 15, the Ithaca College part-time faculty filed a petition to unionize with the National Labor Relations Board. Part-time faculty members met with President Tom Rochon; Nancy Pringle, vice president and counsel for the division of human and legal resources; and Linda Petrosino, interim provost and vice president for educational affairs, and presented a petition of 660 signatures from students and alumni collected by Students for Labor Action, a group of students who support the unionization efforts.

According to the letter, the NLRB’s office in Buffalo will mail a ballot to each eligible voter’s home address on May 11. The deadline for the receipt of the completed ballots by the NLRB is May 27. On May 28, the NLRB will count the ballots and announce the results. In the letter, Petrosino said the college hopes to maintain its current direct working relationship with the part-time and adjunct faculty without the influence of a third party.

“We hope most of you will choose to vote no, but above all else we hope everyone will vote so that the final decision, either way, will reflect the wishes a true majority,” Petrosino said in the letter.

On April 17, Rochon and Petrosino released a statement on Intercom in response to part-time faculty filing for unionization, and organizers and supporters of the unionization effort said they are disappointed with the response.

“Although it is not our decision, from the College’s perspective as an employer, we would prefer to maintain a direct working relationship with each member of the part-time and adjunct faculty,” it said.

Rachel Kaufman, a lecturer in the Department of Writing and a member of the adjunct organizing committee, said she was not happy with the administration’s response.

“After our discussion with the president, we were disappointed to see that they put this website up and responded by not staying neutral,” she said.

Brody Burroughs, part-time professor in the Department of Art and member of the committee, echoed Kaufman’s sentiments.

“Personally, I was disappointed to see the messaging put forward by the administration,” he said. “For me, it does little more than illustrate the difference between their perception of our working conditions and the reality I have experienced for years.”

Under the “Part-Time Faculty Compensation” section of the website, two subsections are titled “Competitive Salaries” and “Excellent Working Environment.” The “Competitive Salaries” section states that between the 2009–10 school year and the 2015–16 school year, part-time faculty salaries will have increased by 16.67 percent, well above the 9.62-percent rate of inflation. Also, the section says the 2015–16 increase will place part-time faculty above the market median for the region. The website lists small class sizes, access to technology, representation on faculty council, office space and other examples in the “Excellent Working Environment” section.

The college has also hired Bond, Schoeneck & King as legal counsel during the unionization process.

David Maley, senior associate director for media and community relations, said the college has retained outside legal counsel on an “as-needed basis,” and BS&K has provided services to the college for about 40 years. Maley said the college will utilize the law firm to help the college conform to the National Labor Relations Act.

“Just as SEIU Local 200United has legal assistance in ensuring compliance with the National Labor Relations Act, BS&K is assisting the college,” he said.

Burroughs said he believes part-time faculty and administration will still be able to cooperate.

“I am still confident that we can work together to improve [our working] conditions, and feel — more strongly than ever — that forming a union is the way,” he said.