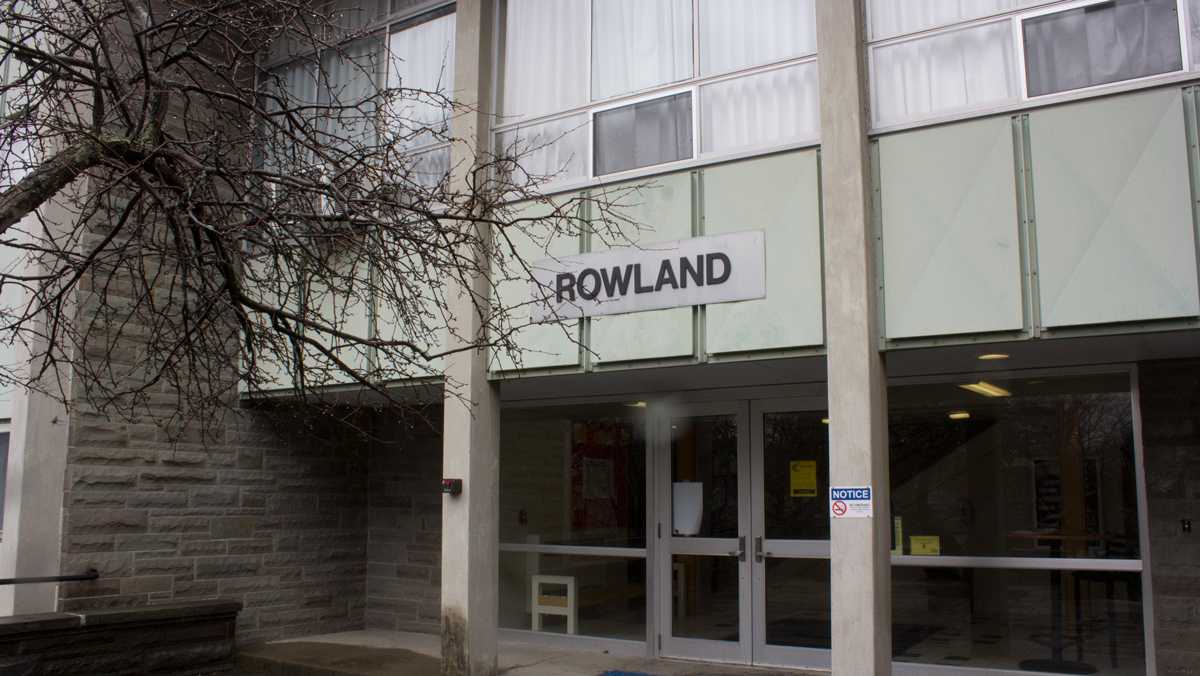 Olivia Weise/The Ithacan
The Office of Public Safety reported a case of arson to the fifth degree on the second-floor lounge of Rowland Hall on March 30.
By Ashley Stalnecker — Staff Writer
Published: April 4, 2018

The Office of Public Safety has not yet identified a suspect in a case of arson to the fifth degree that occurred on the second–floor lounge of Rowland Hall on March 30.

Public Safety Lieutenant Thomas Dunn said the officers had reasonable cause to believe that a lighter found near a couch was used to burn the flame-retardant couch, classifying the case as arson. Arson is defined as the act of intentionally starting a fire. Dunn said it is unlikely that the burn marks on the couch were accidental because the suspect would have needed to spend an extended amount of time burning the couch to make any marks.

Dunn said that in New York State Law, arson is rated from the fifth to the first degree, with the fifth being the least amount of damage. Arson is classified in the fifth degree when property is intentionally damaged. The incident would only be classified to the next level, in the fourth degree, if there was damage to a building, structure or motor vehicle.

Dunn said the arson most likely happened between 1 a.m. and the time of the complaint, 10:47 a.m., a time when many residents would have been sleeping.

“I’m a little shocked that it happened,” Tansley said. “I feel like it’s my duty to kind of know that things like this are happening.”

The arson in Rowland Hall was not the first incident with residential fires this year. With the fire in Eastman Hall in December and the East Tower fire in January, residents have been displaced or inconvenienced due to fire-related incidents. The Eastman Hall fire damaged the laundry room. In the East Tower fire, students were not harmed, but material possessions had been damaged.

Eliza Lopes, a Rowland Hall resident, said a fire would not only be dangerous to students, but could destroy many possessions that would be considered irreplaceable.

“The first thing that went through my mind was all the photos I have hung up,” Lopes said. “I have pictures of my parents when they were in high school together, which you can’t get back.”

Punishment for the suspect could involve criminal charges because the suspect put the lives of others in danger, Dunn said.

Lopes said it is horrifying that Rowland residents’ lives were put in danger.

“It’s angering to put the people around you at risk because you’re messing around in the building,” Lopes said.

If the suspect is a student, the student would be judicially referred to determine punishment.

Dunn said the Office of Public Safety and Emergency Management encourages anyone in the public to contact the office if they have information about the incident.