Opera direction program to start at the college in January 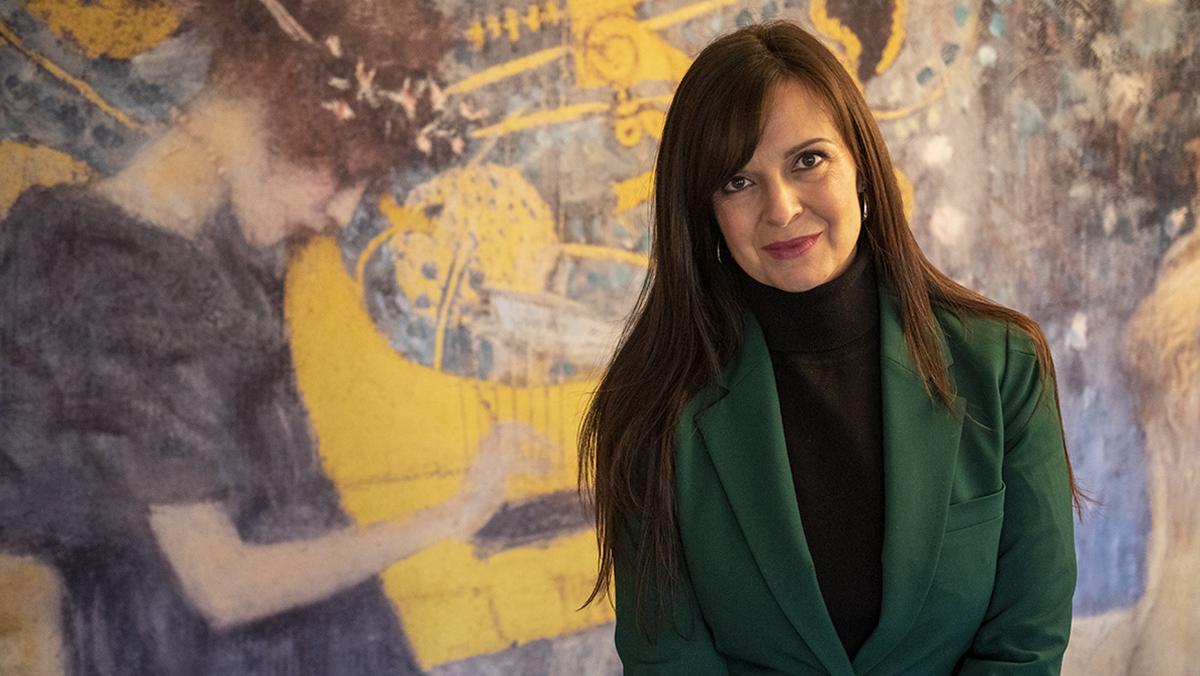 Kalysta Donaghy-Robinson/The Ithacan
The program was created by Dawn Pierce, associate professor in the Department of Music Performance, and is being designed and taught in collaboration with opera director Chuck Hudson. Hudson has worked around the world directing opera, designing opera programs, working with young performers and teaching opera skills, according to his website.
By Clare Shanahan — Staff Writer
Published: November 17, 2021

An opera direction professional certificate program will be held for the first time at Ithaca College from January to May 2022, allowing participants to become certified in opera direction.

The program was created by Dawn Pierce, associate professor in the Department of Music Performance, and is being designed and taught in collaboration with opera director Chuck Hudson. Hudson has worked around the world directing opera, designing opera programs, working with young performers and teaching opera skills, according to his website.

Bea Goodwin, opera stage director and librettist, said direction can be divided into two roles, with preparation serving as one job and work with a cast and team as another. She said she has to prepare everything about the production at home. Following this, Goodwin said she conducts production meetings, gives blocking and works with casts to develop characterizations. She said all of this happens before the show moves to a stage, where the director must plan and check everything and adjust for changes based on staging, costumes and props.

“It’s all of these little things that you would never think of that you have to plan for, and overly plan for,” Goodwin said.

The program will require participants to complete two sessions to receive a certification. The first session will take place virtually from Jan. 24 to May 6, 2022, with the second session taking place on campus from May 18 to 28, according to the college’s website.

Christina Moylan, associate provost for Graduate and Professional Studies, said this program has been in development for over a year. It gives the college an opportunity to step into a new space in the opera world and reach a unique audience, Moylan said.

“[The program] taps into expertise and resources that I think are strengths for this institution, and it does so during times of year where those resources maybe aren’t being used in the same way by other programs here at the college,” Moylan said.

This program is an addition to a long history of music and performance education at the college. The college opened originally as a music conservatory and offered theater arts as another of its earliest programs, according to the college’s website. Today, however, the college is planning to cut four master’s in music programs, as previously reported by The Ithacan.

Pierce said the program is open to up to 20 participants and anyone over the age of eighteen is welcome to apply, but it is designed for people who already hold a background in theater or opera. The program is not exclusive to Ithaca College students and Pierce said she sees a benefit for many kinds of people in the theater world.

“I thought about … high school teachers who maybe wanted to do an operetta but had only done musical theater, or a straight theater director that really wanted to get into opera but didn’t really know what’s different in opera than straight theater,” Pierce said.

Typically, individuals who want to get involved in opera direction must either already have industry connections and be taken on as an assistant director, or complete an additional college degree, Pierce said.

Goodwin said that very few direction-specific college programs exist. Currently in the U.S. there are seven undergraduate programs offering degrees in stage direction and one master’s program, according to Broadway World.

Goodwin said her path to stage direction involved attending drama school for theater with a concentration in acting at Wroxton College in Banbury, England, an abroad institution of Fairleigh Dickinson University in Teaneck, New Jersey, and working with friends to create pieces until she was presented with an opportunity to direct an onstage adaptation of “The Fall of the House of Usher.” She said this experience is a fairly typical one.

Pierce said she was looking to create something that is more easily accessible to people who want to get involved in opera direction.

“I think that Ithaca is a really good fit for it because we have a tremendously strong school of music and a really strong theater program, right. We have amazing programs in both, amazing faculty in both and beautiful facilities in both,” Pierce said.

There is currently no opera program at the college, but the School of Music offers courses in opera, as well as annual productions and an opera workshop program that gives students an overview of contemporary opera and ends with a production.

The curriculum for the virtual session is divided into distinct sections including pre-production and preparation, staging rehearsals, technical rehearsals, performance in a theater and postproduction review. In each of these sections students will learn their roles as directors and how to handle each step in the production process. The second session will consist of a residential workshop, giving participants an opportunity to apply their skills in the direction of a scene.

The second session will run in tandem with an opera studio program. This program gives singers an opportunity to develop both stage and singing skills through masterclasses, lectures and practical performance, according to the college’s website. In addition to participants of the direction program, opera studio students will work with a musical coach and conductor to develop their skills.

Pierce said the decision to run both programs at the same time will give participants in both the opportunity to collaborate with individuals skilled in performance and directing respectively.

“It’s a really exciting opportunity for them all to work together,” Pierce said.