Panel speaks on lack of accommodations in the classroom 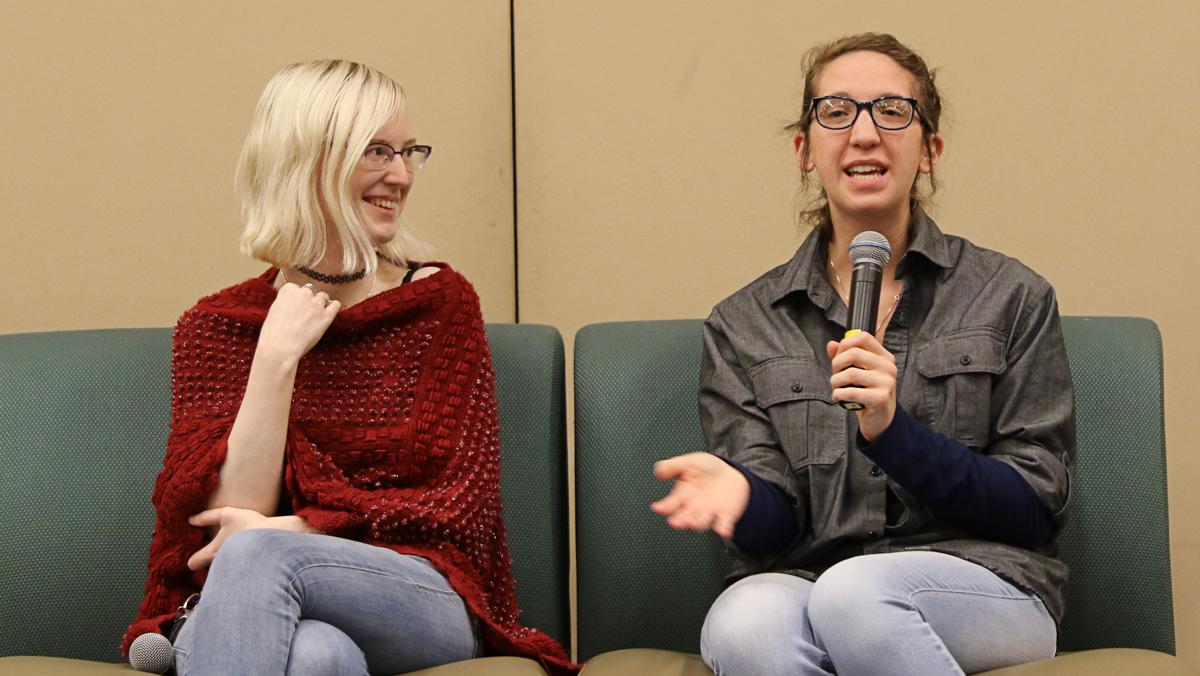 “My disability does not make my life worse. It just makes my life different,” Ithaca College senior Eden Dodge said at the Disability in Education panel Nov. 18 that focused on recognizing and improving areas where the educational system fails to accommodate students with disabilities.

An audience of approximately 20 people attended the panel in the Emerson Suites, an event that was hosted by the Department of Recreation and Leisure Studies. The panel included Dodge; Jessie Tonjes, lecturer in the Department of Occupational Therapy and director of Blue Sky Center for Learning in Ithaca; Amanda Jones, speech pathologist at Blue Sky; and senior Kimberly Caceci, co–founder of the club Disability Education, Alliance and Resources at Ithaca College (DEAR@IC). The club is a student organization on campus for students to talk about disability.

Dodge and Caceci talked about their personal experiences working with educators who do not know how to accommodate students with disabilities. Tonjes and Jones added opinions to the conversation from their perspectives as educators.

Caceci said she faced a lot of adversity as a hard–of–hearing student, citing an incident when a professor refused to turn on subtitles for a video despite Caceci’s request for accommodations. Caceci said she wished professors were more equipped or trained to accommodate students with disabilities.

“I asked for an interpreter, and they didn’t know what to do, and I heard the story later on that everyone was asking everyone how to get an interpreter,” Caceci said. “That’s the problem with having [disability] as an afterthought.”

Jones spoke about how the focus of the Common Core curriculum at the primary and secondary school levels hinders students with disabilities because it puts an emphasis on standardized test scores over every student’s personal success.

“Teachers are spending the majority of their day trying to expose these students to Common Core material that is very far from where they are,” Jones said. “We are spending time learning about these things that, all in all, they’re not going to need in their lives.”

Ithaca College senior Thomas Pettit attended the discussion to listen to his friends speak and hear information from educators in the field.

“I liked hearing what the people in education had to say because I don’t usually get to talk to people who work in disability education,” Pettit said. “That was cool because I want to be a teacher, so I thought that was interesting.”