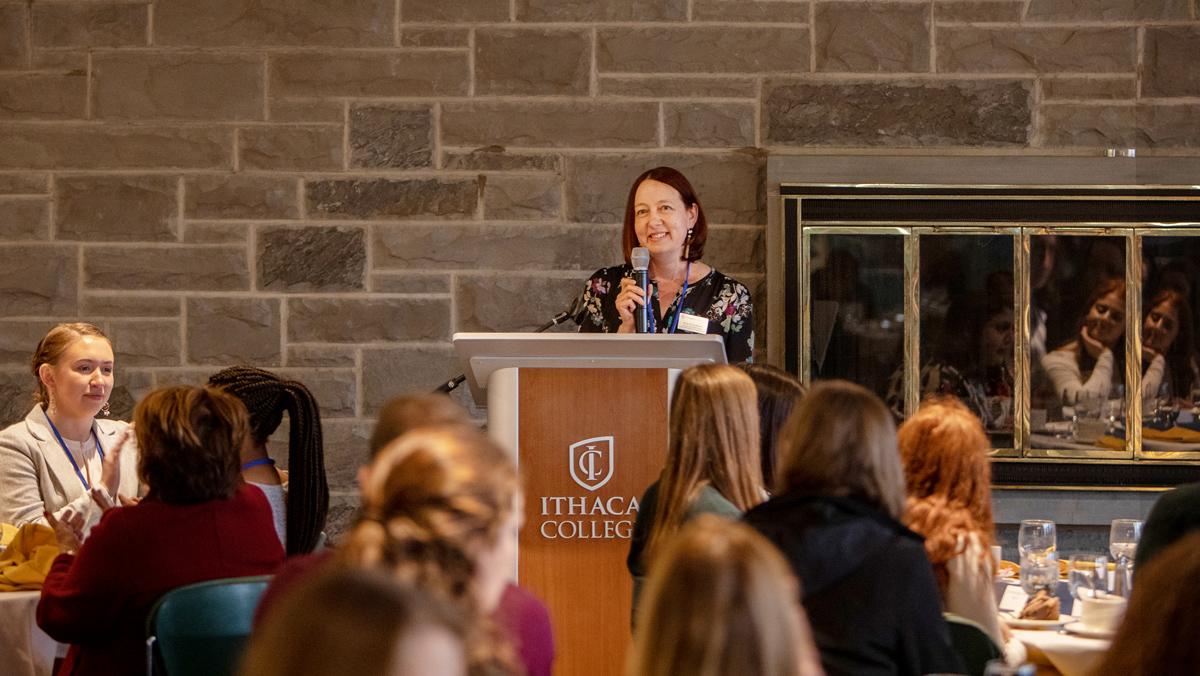 Ithaca College received its largest endowment donation — worth $30 million — from the Park Foundation, which will lay the foundation for the Park Scholar program to be funded internally.

The Park Scholar program is a competitive full-ride scholarship to the Roy H. Park School of Communications. For the 2019–20 academic year, the Ithaca College Board of Trustees approved a 4.5% payout, which means the scholarship will only have approximately half of the yearly funds it previously got — at approximately $1.35 million per class. The initial cut to funding will reduce the size of the cohort to approximately 7 or 8 students and will temporarily discontinue the rising junior program after the Class of 2022. The terms of the program will remain the same, providing a full-ride scholarship covering room, board and tuition, the college announced Aug. 14.

Having its own pool of resources, the college will no longer have to rely on the Park Foundation for yearly grants to fund the scholarship. The endowment money is a sum of donations from Roy and Dorothy Park’s estate and the Park Foundation.

The Park Foundation said via email that it made this decision because of “a commitment by the [Park] family and Foundation to secure the long-term health and stability of the Park Scholars program.”

Diane Gayeski, dean of the Park School, said the endowment will provide more financial stability to the program while not drastically changing the terms of the program.

“I think it’s such an exciting time, and even though it doesn’t markedly change what the program has always been, it’s just a moment to step back and say, ‘Yes, this is something that we really believe in,’” Gayeski said.

The Park Foundation has funded the program for over 20 years by annually granting the college between $2.8 to $3.3 million per academic year, Koschmann said. The yearly grant would entirely fund every scholar class’s four-year education, including stipends for books and other expenses, she said.

In 2016, the Park Foundation gave four separate payments to the college for the Park Scholar program for Classes of 2017–20 totaling $3.3 million, according to the Park Foundation’s 2016 Internal Revenue Service 990 forms. These are the most recent tax forms available.

The endowment will allow the college to internally fund the program by investing in the stock market with the money from the endowment under guidelines approved by the board of trustees. Koschmann said the endowment is being managed by the college’s investment consulting firm. Other programs in the Park School will not be affected by the terms of the endowment.

Gayeski said that the college intends to continue fundraising for the scholarship to ensure a stable flow of funding and that the endowment gives the college momentum for fundraising from other donors. Gayeski and Koschmann both said the hope is to reinstate the rising junior program in the future, once there is more funding for it. Gayeski also said she hopes to add on to the program or create other similar scholarships.

Senior Tara Eng, a Park Scholar student, said that she is disappointed to see the rising junior program discontinue and the size of the cohorts shrink but that she thinks the endowment will benefit the program overall.

“You definitely find this safe community where you can grow and fail and learn just as you do with anything in school,” she said. “Especially for me, I am very service-oriented, so being a part of a group of people who want to continue learning about community engagement and looking at how they can gear their careers towards that has been really important to me.”

Senior Andrew Hallenberg similarly said that the short term results are upsetting but that he thinks it will overall help the longevity of the program.

“There was some negative side effects to this, but the fact that the program can be a little bit more stable and have the ability to look in the future is giving everyone a little more confidence,” he said.