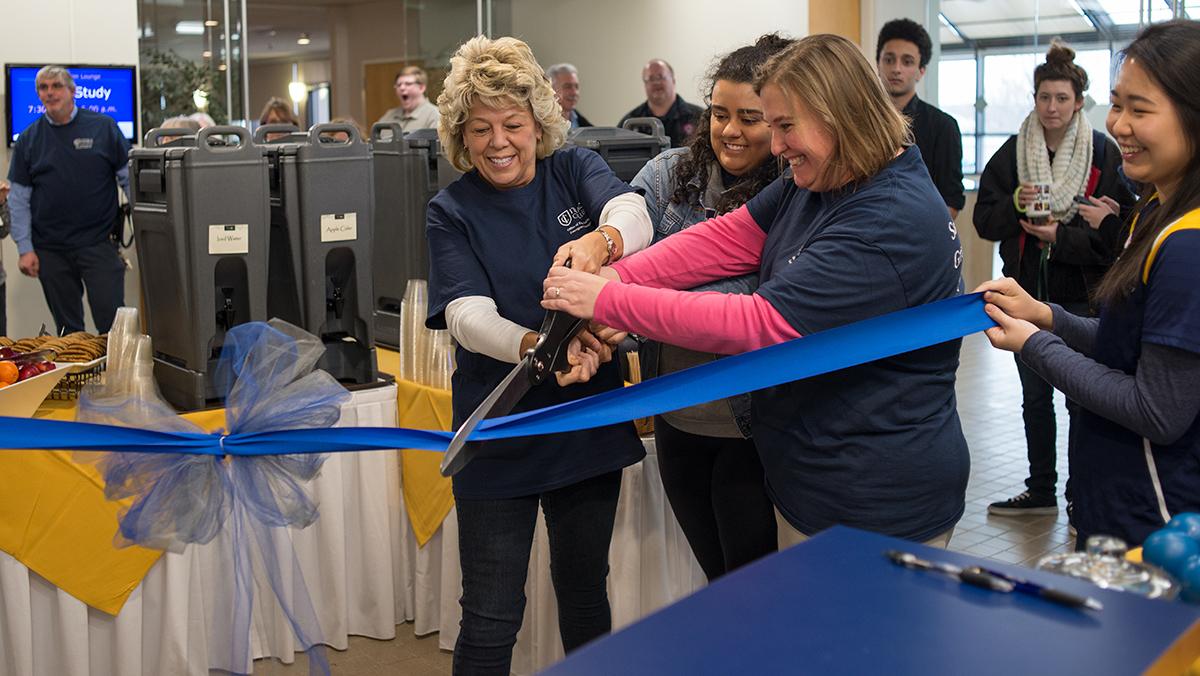 A grand opening was held for the Ithaca College Office of Public Safety satellite office Jan. 23 in the Campus Center, which was created in an effort to strengthen communication between the community and public safety officers.

The office, which was recommended by students as one of the ways Public Safety can improve community relations, is located in the lobby of Egbert Hall next to the information desk. The idea was conceived as a part of Public Safety’s diversity initiatives following controversy in the Fall  2015 semester, after some students criticized Public Safety officers for being racially aggressive. The satellite office will be staffed by a patrol officer and a member of the Student Auxiliary Safety Patrol on weekdays from 10 a.m. to 2 p.m. The main Public Safety Office is located in the same building as Mail Services.

“When you have one office and it’s on the fringes of campus … people don’t just stumble across the office for a positive reason,” said Andrew Kosinuk, crime prevention and community events liaison. “I think that can be really different in the Campus Center … to interact with Public Safety staff socially, to get to know someone more as a person.”

The celebration featured raffles, giveaways, food and trivia about officers. The raffles will be open until Jan. 24.

“We’re trying to do things to draw people in and get their attention,” Kosinuk said. “We want them to know that the office is open and available, but also for them to start seeing it as a place of engagement and not just a place of business.”

Patrol Officer Jennilee Valentin will be assigned to the satellite office this semester, and she said her goal is to show the community the services this office can provide, such as solving problems or finding students the right resources.

“Our purpose here is to get more interactions with the community, whether it’s staff, faculty or students … or being there for them physically or emotionally,” Valentin said.

Freshman Everton Steel said he did not see Public Safety officers around campus that often, so this office could help improve relationships between the students and the officers.

“I think it’s a step in the right direction,” Steele said. “I think they need to be more visible.”

Terri Stewart, then-director of Public Safety, and other administrators attended the event, and Stewart said she is excited about the community outreach. Jan. 23 was also Stewart’s last day as director, as she has accepted a position as director of the Office of Campus Safety at Nazareth College.

“Our community was really clear, and they want to get to know the people behind the uniform,” Stewart said. “That is what this is about, so when people see Public Safety, it is not about what went wrong, but actually being approachable, being accessible and being highly visible. It couldn’t be a better location.”

Stewart said she is aware that a challenge for the office will be making students aware of it and having officers interact with the officers.

“We don’t think that just because we built it, people are going to come,” Stewart said. “We’re really going to really be tasked with engaging people, providing service up here and over time, getting people to know who we are, what we do and how we do it,” Stewart said.