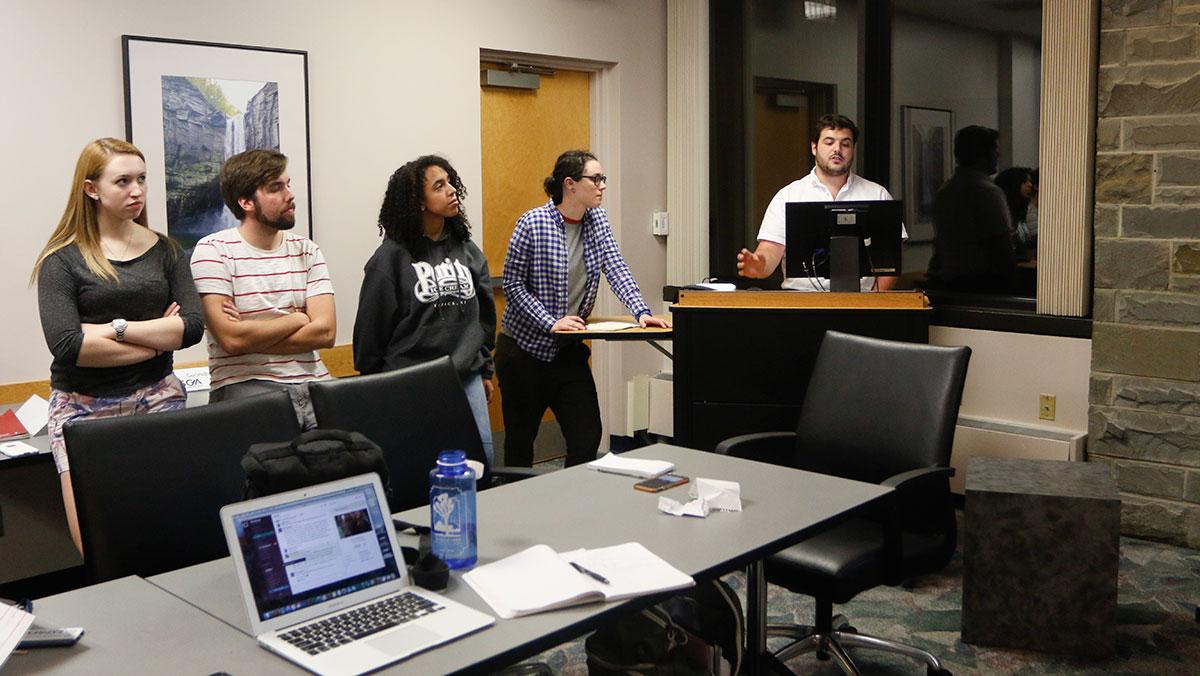 Following a lull in passing bills, the Student Government Association Senate passed four bills at the April 18 meeting, two of which seek to implement “environmental betterment” efforts on campus as part of a larger package of sustainability-related bills. The other two seek to increase privacy in residence halls and engage college alumni in students’ academic affairs.

Dominick Recckio, SGA president and working group member, said they used the word “betterment” rather than “sustainability” as part of an effort to use more progressive language, citing a study he and a group of students presented at the 2016 Whalen Symposium.

“Why ‘sustain’ something when you know it’s causing problems and you can make something better?” Recckio said. “We thought this was a great opportunity to do academic research and reframe ‘sustainability.’”

“The document hasn’t been updated since 2008, and it’s only three pages long, so I don’t know how comprehensive it is,” Recckio said.

Additionally, the committee will be tasked to implement the provisions of the Residential Environmental Betterment Bill. The bill outlines features in residential halls to make them more environmentally friendly, such as shower timers that would encourage students to limit their showers to five minutes and require laundry rooms to include drying racks as an alternative to dryers to save on energy usage.

Tolles said that as a senior, he has little trust in SGA bills’ having an effect on the administration.

“I trust Dom, and I trust him to get things done, but he’s graduating in four weeks,” Tolles said. “I hope those things continue and that bills start to have some sort of effect on the administration and that they have to respond to them at the very least.”

Freshman Charlie Kane, senator for the School of Health Sciences and Human Performance, said that, after he could not find adequate privacy to have what would be his last conversation with his ailing grandfather, he had the idea to propose the John F. Spring Quality of Life Bill, which seeks to create “public private spaces” in residence halls for people to conduct private conversations away from their roommates and other residents. The bill, named after Kane’s grandfather, unanimously passed through the Senate. 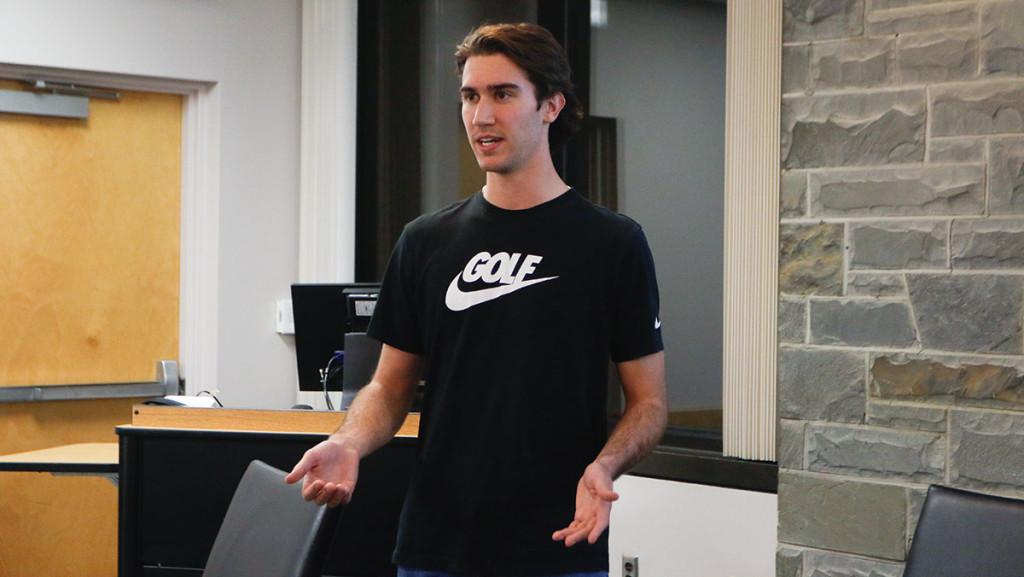 Freshman Charlie Kane, senator for the School of Health Sciences and Human Performance, tells the story of his last conversation with his grandfather while presenting his “John F. Spring Quality of Life Bill” at the April 18 SGA meeting. Faith Meckley/The Ithacan

Kane said that in the process of creating the bill, he spoke to Deborah Harper, director of the Center for Counseling, Health and Wellness, who said the issue the bill addresses is a matter of “quality of life” for students living on campus.

Thornton-Clark said while there will be challenges in the bill’s feasibility, she thinks it is beneficial to provide students with private spaces.

Alexa Pichiarallo, SGA director of transparency, proposed the Alumni Academic Engagement Bill, which resolves to encourage the use of more minicourses taught by college alumni. The bill outlines a process wherein a member of faculty or a school dean would suggest a course to a member of Alumni Affairs, which would then connect a faculty member and an alum to design the course.

Pichiarallo said she hopes to meet with Carrie Brown, executive director of alumni relations, and Danette Johnson, vice provost for academic affairs, and gain their support before the end of the school year.

Following a significant drop from the fall semester, Thornton-Clark said she hopes the influx of new bills inspires the campus community to stay involved.

“I think this is a really good example of why it is so important to stay engaged and stay involved — because there is a lot more to get done,” she said.