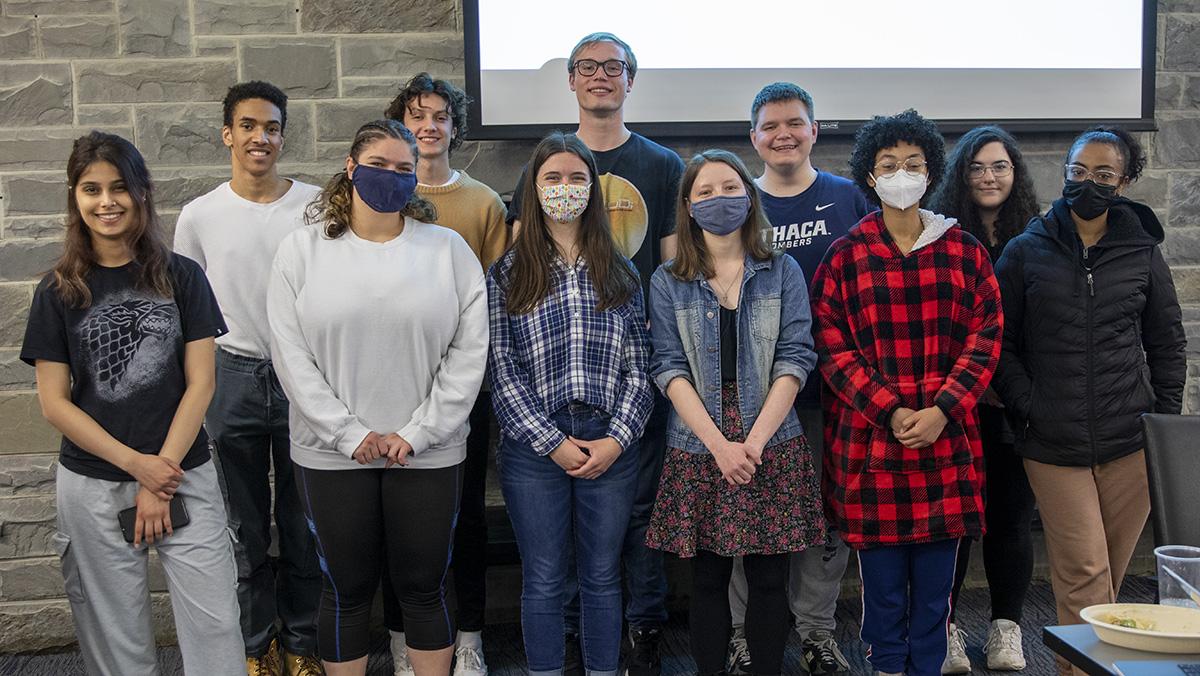 Kalysta Donaghy-Robinson/The Ithacan
The student body elected senators to seven out of 25 senate positions along with IC United as the executive ticket. The remaining positions, as well as the Class of 2026 senator position, will be open to run for during the Fall 2022 elections.
By Lorien Tyne — Assistant News Editor
Published: May 3, 2022

The Ithaca College student body has elected IC United and seven senators to the Student Governance Council (SGC) for the 2022–23 academic year.

The polling period was open April 28 and 29. The student body elected senators to seven out of 25 senate positions. The remaining positions, as well as the Class of 2026 senator position, will be open to run for during the Fall 2022 elections.

During IC United’s platform presentation — hosted by the SGC on April 19 — Madeya confirmed that, if elected, the slate would make junior Lila Weiser chief of staff.

Sophomore Nick Viggiani ran for Class of 2024 senator unopposed and won with 32 votes as well as 11 votes of no confidence. The second senator position for the Class of 2024 remains empty.

Junior Himadri Seth will be returning as the international senator and received three votes and one vote of no confidence.

Junior Maya Scriven will represent one of five available positions for senator-at-large. Scriven received 110 votes and 12 votes of no confidence.

Freshmen Hannah Ahmed and Noah Richardson ran unopposed for the two Class of 2025 senator positions and were both elected. Ahmed received 15 votes and Richardson received 11 votes out of a total 19 voters. There were two votes of no confidence, meaning two voters did not want either candidate.

Junior Harley Grossman ran unopposed for the School of Humanities and Sciences senator and won with 41 votes and four votes of no confidence.

Sophomore Alexa Rahman will be the senator for the School of Music, Theatre, and Dance. Rahman received 29 votes and four votes of no confidence. The second candidate, freshman Vincent Tavernese — the current senator — gave a platform presentation but was removed from the ballot.

“I can’t provide any further information about individual candidates,” junior and current Senate Chair Austin Ruffino said via email to The Ithacan when asked about Tavernese.