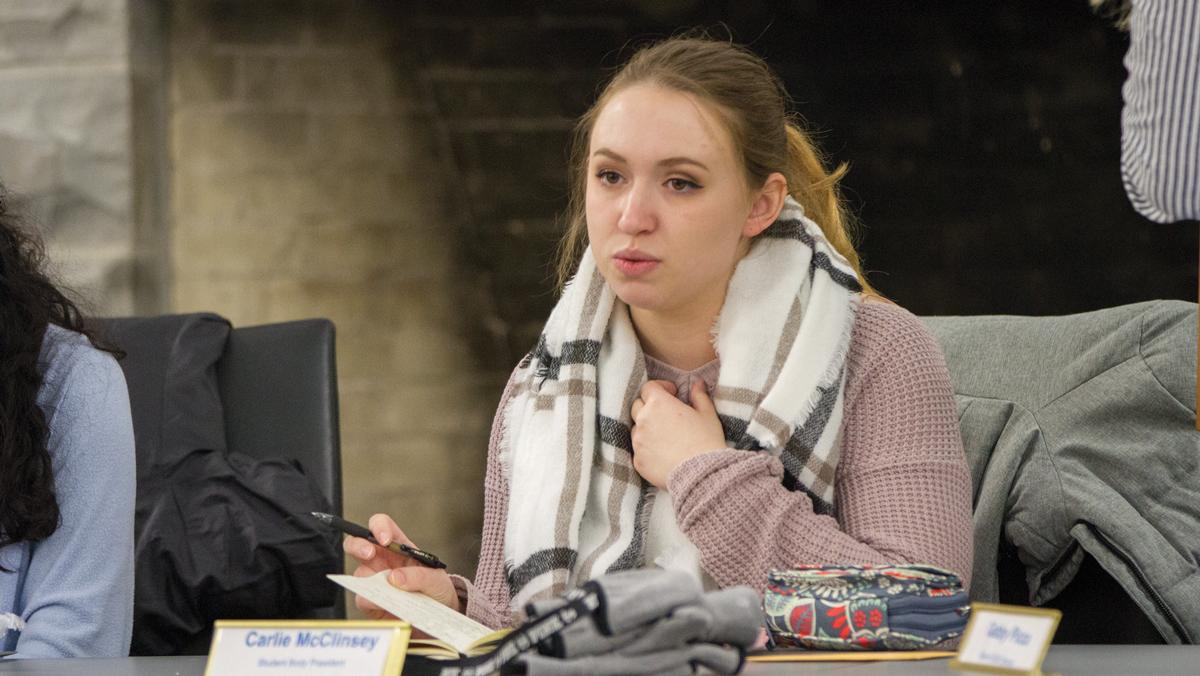 Ithaca College’s Student Governance Council discussed the student body’s reactions to the recent revelation of the 2001 sexual abuse allegations against President Shirley M. Collado, and whether additional public dialogue opportunities for students on the subject are needed, during the first meeting of the semester Jan 29.

Discussion among SGC executive-board members and senators addressing the opinions and perspectives of their constituents reflected variation within the overall student body.

“I’ve seen people who have been immediately supportive of her 100 percent; I’ve talked to people who have been hesitant to support her,” Kasparian said. “One thing that’s come up is in the wake of the #MeToo movement, where it is somewhat related to this incident… I talked to some people who questioned the difference between that and this.”

Many students within the School of Business expressed concern about the situation and the initial hiring of Collado, junior Senator-at-Large Seondre Carolina said.

“People think that she should have never been hired,” Carolina said. “People believe that none of this is being reviewed with a thorough look at all of the information, that she should be fired.”

The SGC also discussed whether it should provide additional student dialogue opportunities on this topic.

The SGC executive board met Jan. 22 and initially decided to not release an official statement until it has a better understanding of the campus climate, SGC President Carlie McClinsey said. After meeting again later in the week, the board came to the conclusion that it will not be releasing a statement.

“So our thought was that we were going to wait until Friday [Jan 26] to see if things had gotten worse. Our consensus among the board was that it didn’t. By releasing a statement, we could potentially stir up more feelings by saying anything,” McClinsey said. “The only thing we did really agree on is that what we should be sending is resources to students.”

The SGC also determined that more student opportunities for dialogue on the situation would have both benefits and drawbacks. Off-Campus Senator Charlotte Robertson said that initiating some discussion among students about the situation may be complicated, but it is also necessary to broaden the perspectives of individuals.

“The campus hasn’t really been given any forum to talk about it, and I feel like for the most part people are just staying within their own bubbles or texted their friends over break about it,” Robertson said. “I think it might be good to get a conversation going about it because I know it might be uncomfortable because we don’t necessarily want to make things worse for the administration, but I think it still deserves to be talked about.”

Junior Anna Gardner, vice president of campus affairs, said the creation of dialogue opportunities is also the responsibility of the administration, not just the SGC.

“For me, I think this is something that is very much [on] the administration,” Gardner said. “I do think it could be our place to put something forth like this, but I also think that I would like more from the administration to show ‘we also support this conversation.’”

The SGC will also be holding elections Feb. 12 for open senate positions. The judicial release forms and applications are due Feb. 2. Applicants are usually accepted on a rolling basis for the spring semester, with students being accepted as they apply and present to the SGC. However, this semester a later election date with all of the applicants at once will increase the competition and potentially result in a higher turnout of candidates, McClinsey said.

McClinsey also aims to increase student awareness of the SGC’s role on campus this semester. McClinsey cited social media as a strength of the SGC’s outreach and hopes to expand on the communication between students and senators by providing intentional spaces and opportunities for students to interact.