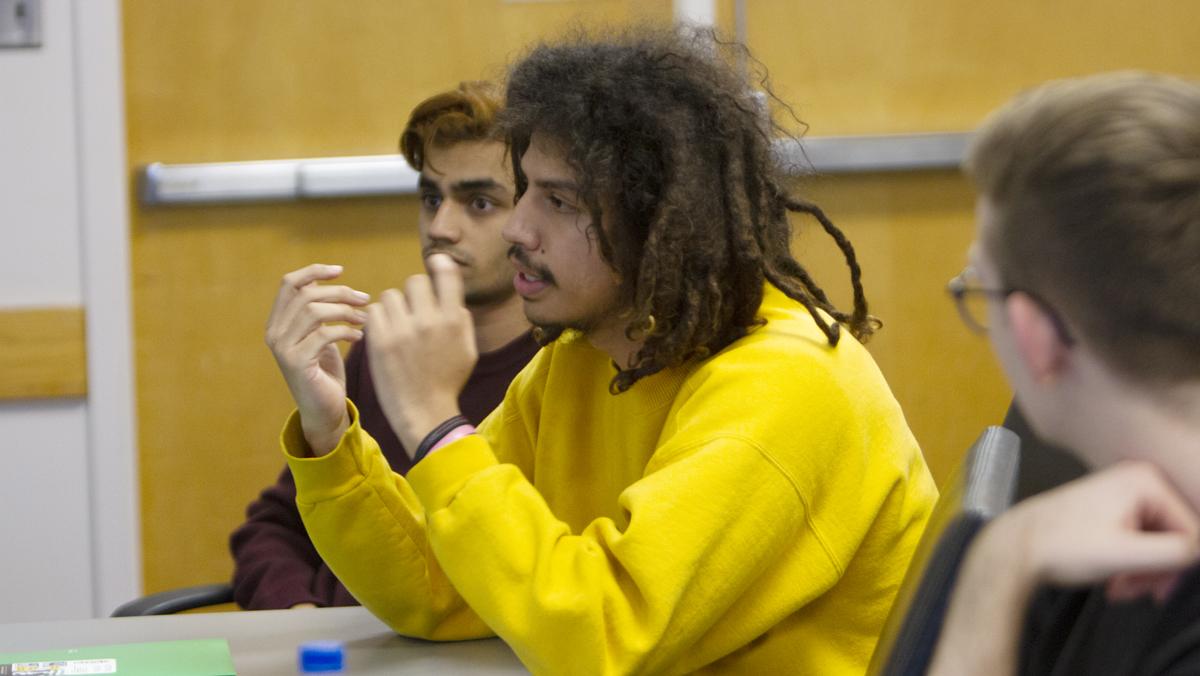 Chavez said he wants to focus on giving a voice to all students on campus — especially students of color — to create real change.

“There is a lot we do not discuss that is going on between the minority groups. I feel like there is a lot going on, with different conflicts,” Chavez said. “Especially with the freshmen class, because we have different ideas and different takes on the Ithaca community. I have talked to a lot of people of color, and they have a lot of different ideas that I want to be able to voice out. We say a lot of, ‘Oh, we should do this and do that,’ but no one really takes action.”

Horbacewicz discussed her goal to continue working on SGC initiatives that she worked on prior to studying in Washington, D.C., last semester and to follow up on bills that have been forgotten.

“Once [bills are] passed, some get forgotten about, and I would love to see more follow-up with that,” Horbacewicz said.

Horbacewicz said she wants to continue working on the Counseling and Psychological Services (CAPS) committee, which she created after personal experiences and talking to other students who had difficulty getting appointments at CAPS.

Kirie said she wants to make sure Park students have a say in the hiring process of faculty because she has noticed some students are unhappy with recently hired professors.

“There have been a couple of pretty questionable decisions in the employment process, unfortunately. There were a couple of professors that were just recently selected to work at the college that were not really deemed to be fit to teach, and unfortunately are really falling through,” Kirie said.

Kirie said students voiced their concerns about these professors during her time as a Park Peer Advisor and teaching assistant for S’Park.

Kirie did not provide any further information on this topic.

Senior Senate Chair Joe Cruz said he is happy that so many senators returned for the spring semester, but there are still positions that the executive board would like to be filled.

Senior Kylee Roberts, vice president of communications, resigned in a post on Intercom on Jan. 29 in order to take care of her mental health.

“Unfortunately, I’ve decided that leaving my position in SGC is the best move for my mental health,” Roberts wrote. “I have had an amazing time with the students within SGC and wish the organization nothing but the best for the rest of the semester.”

Cruz said the executive board is working to get the positions filled as quickly as possible.