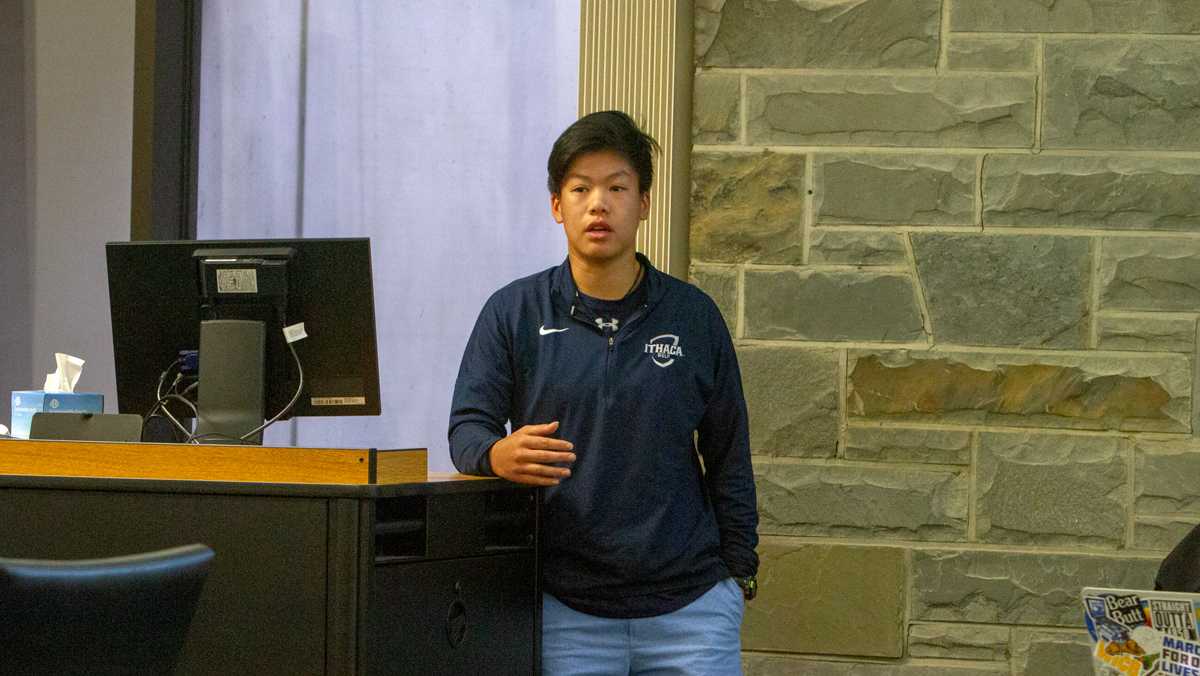 The Transgender Varsity Athlete Policy Recommendation was sponsored by sophomore Alex Perry, varsity sports senator, and passed with a unanimous vote of 10–0. It calls on the college’s Department of Intercollegiate Athletics to update its website to include a section on diversity and inclusion with a direct policy on transgender athletes.

It said the section should draw from the inclusivity policies outlined on the Wellesley College and Bates College athletics websites, the 2011 National Collegiate Athletic Association (NCAA) regulations and handbook, “NCAA Inclusion of Transgender Student-Athletes,” and the guidelines stated in “Champions of Respect: Inclusion of LGBTQ Student-Athletes and Staff in NCAA Programs.”

Those websites include policy and information about students who are taking medically prescribed hormones related to their transitions, inclusion of LGBTQ athletes and staff, using preferred names and pronouns, providing proper facilities for transgender students and allowing transgender students to dress consistently with the gender they identify as.

The updated webpage would include contact information for the NCAA compliance director and the director of the Center for LGBT Education, Outreach and Services for students, coaches, trainers or other team personnel that have questions.

Perry said he worked with Luca Maurer, director of the LGBT Center, and Erienne Roberts, associate director of athletics and senior woman administrator, to write the bill.

Perry said he wrote the bill because of his personal experiences as a transgender athlete.

“I guess this bill is pretty personal to me,” Perry said. “Being a trans athlete on this campus, I definitely face some challenges, and I wanted to pave the way — put something into writing — for the rising athletes. Some of the challenges I’ve faced were locker rooms and bathrooms, uniforms and dress codes and a combination of travel, and these are all things that will be included in the webpage.”

Perry said he is working with Maurer and Roberts to design the website page that will be added to the athletics department’s website and will include other sections about diversity and inclusion. He wanted the SGC to pass a recommendation in order to raise awareness on the issue. He said the page should be up by May.

The act was passed with an 8–2 vote, with one abstention.

Senior Seondre Carolina, vice president of business and finance, said the reason for the act is to increase engagement with SGC and its funding resources.

Junior Senator-at-Large Vaughn Golden said he did not approve of the bill because he believes it makes the funding process more intimidating than it already is and will decrease the number of organizations that will request funding from the SGC.

“It adds more requirements to the appropriations process, which is already very daunting” Golden said. “I understand the idea behind this bill — to gain notoriety and gain attention for what SGC is doing — but I don’t think making the process more complicated is going to make organizations want to request funding.”

The bill was sponsored by Kelley and was passed with a unanimous vote of 10–0, with one abstention.

Kelley said the amendment will help make student organizations aware of the vendors the college approves for their events.

“So, this one is just another technicality,” Kelley said. “We just want to add it into the Allocations Handbook to say, ‘Hey, if you’re going to have an event with x, y, z things, please refer to this part of the Ithaca College website.’”

Correction: A previous version of this article suggested the SGC needed to pass a recommendation in order to update the athletics department’s website. The article has been revised to clarify that the purpose of the bill was to raise awareness on the issue.