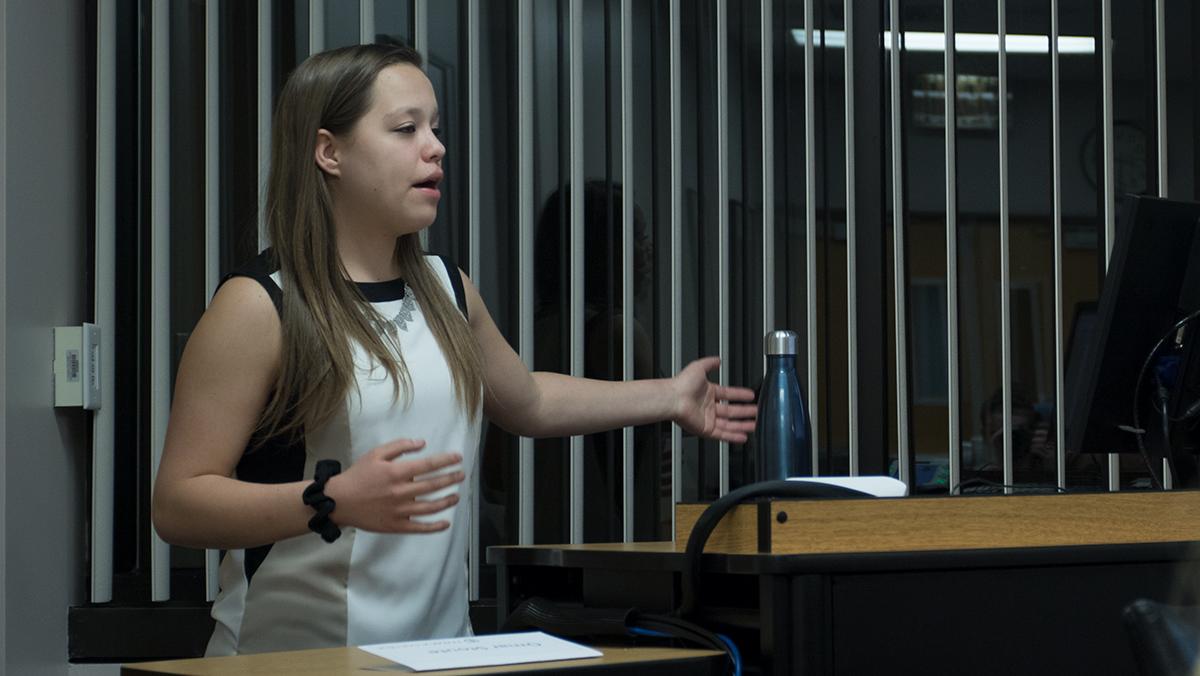 After holding a special meeting at Public Safety two weeks ago and outlining year-end goals last week, Ithaca College’s Student Governance Council was back in regular business at its April 10 meeting. At the meeting, the SGC passed a bill unanimously for the first time this school year, focusing on concerns about the Center for Counseling and Psychological Services at the college.

The CAPS Initiative, which was sponsored by Class of 2020 Sen. Sarah Horbacewicz, seeks to address issues that some students experience at the Center for Counseling and Psychological Services on campus.

The bill includes the creation of an ad hoc committee that will work with CAPS to improve the service. The committee will be composed of senators, students, a therapist from CAPS and other CAPS staff members.

“I definitely want to start off with smaller, more immediate goals,” Horbacewicz said. “Eventually, after the new president is in, the goal would be to reallocate funding so that CAPS is more of a priority — and get CAPS out of the basement. … But those are more long-term goals.”

Since the college has already planned out funding for the next school year, the committee would not be able to get increased funding for CAPS next semester. This is why Horbacewicz said she wants to focus on short-term goals such as making the 30–minute premeeting in person rather than on the phone, working to ensure that CAPS follows up with patients after missed meetings, and other smaller changes.

The inspiration for this bill came from a personal experience that Horbacewicz had with CAPS. When she heard that others experienced similar issues, she became passionate about the problem.

Horbacewicz has been developing this bill for roughly two months by conducting surveys and contacting CAPS officials to get ideas about improving the service. As the sponsor of the bill, she will also chair the ad hoc committee that will form by May 14, after the SGC spring elections take place.

The CAPS Initiative passed 19–0 with no one abstaining.

In addition to the passage of the bill, Luke Keller, Dana professor in the Department of Physics and Astronomy, and Bonnie Prunty, director of the offices of Residential Life and Judicial Affairs and assistant dean for first-year experiences, both of whom chair a self-study reaccreditation steering committee, gave a presentation to the SGC about the upcoming Middle States accreditation report for the college. Colleges in this region must be evaluated and accredited by the Middle States Commission on Higher Education to receive federal grants and financial aid.

Keller and Prunty sought to get the SGC engaged in helping to make adjustments to the report that they are working on. On April 12, the committee released a draft of the report to the campus community. The 100-page online report has forms for community members to recommend changes, available for the next month. Once the committee finishes getting input from the community, Jaime Warburton, assistant professor in the Department of Writing, will go through and edit the language of the report over the summer.

Senate Chair Carlie McClinsey divided up the sections of the report for senators to assess. She said she feels it will help senators better understand the college.

“Being able to understand the campus as a whole is very important,” she said. “I think that’s a foundation that all senators should have. And it’s a great resource for people to find out more about how Ithaca College works as a whole.”

SGC President Marieme Foote is a member of the self-study steering committee. She said that reaccreditation is a major event for the college to go through.

“Reaccrediting Ithaca College is a huge thing,” she said. “You can’t do a lot of things if you are not reaccredited.”

The last time Ithaca College was accredited was in 2008, which led to the creation of the Integrative Core Curriculum. The cycle for accreditation occurs every 10 years, which means the college will be accredited in 2018.

In the wake of a string of national student deaths and suicides that gained attention last year, Ithaca College’s Mental Health Response Team is bolstering its efforts to take on campus-wide mental health issues.