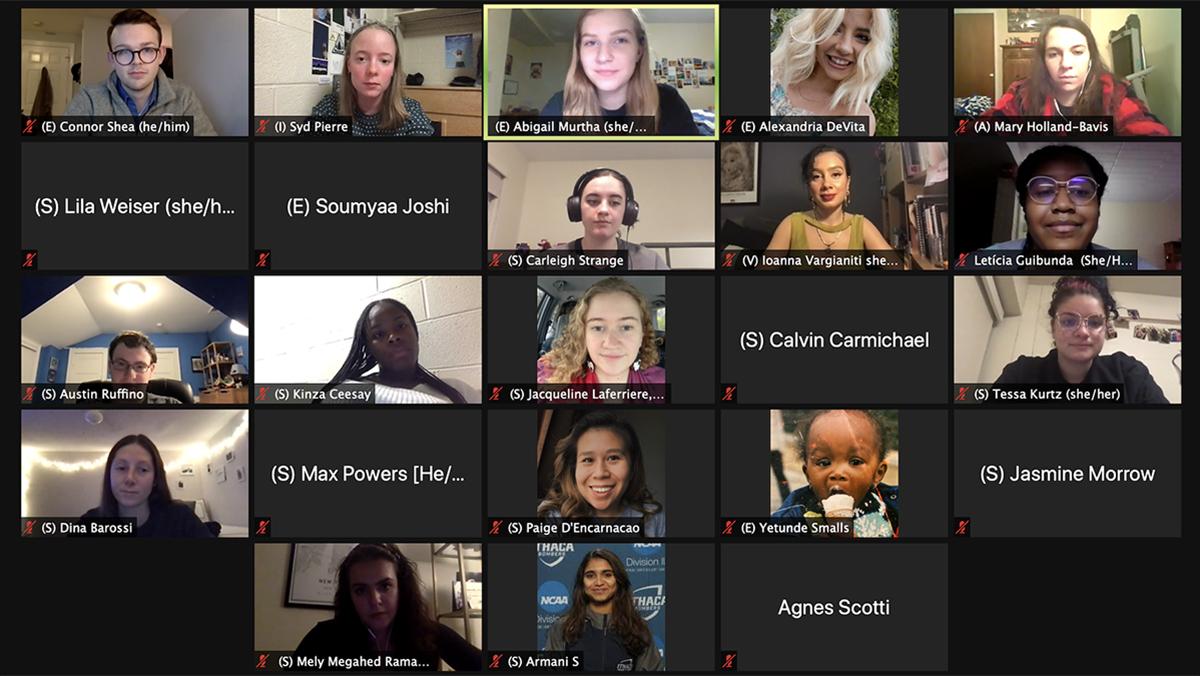 Courtesy of Student Governance Council
The SGC passed the Executive Board Bill Sponsorship Amendment, which allows bills to be sponsored or co-sponsored by anyone, including organizations outside of the SGC; the Meeting Community Session Amendment, which adds community sessions to SGC meetings; and the Constitution Meeting Procedures Clarification Amendment, which removes a section of the SGC constitution.
By Syd Pierre — Staff Writer
Published: February 2, 2021

The SGC passed the Executive Board Bill Sponsorship Amendment with a vote of 15–0 with one abstention. The bill amends Article IV, Section 13, Subsection four, Sub-Subsection A, Sub-Sub-Subsection i and ii of the Student Governance Council Constitution. Prior to the amendment, bills brought to the SGC could only be sponsored by members of the senate. Executive board members could only co-sponsor bills. Now, all bills must be sponsored or co-sponsored by a member of the senate.

The amendment was sponsored by sophomore Austin Ruffino, senator-at-large, and co-sponsored by senior Abigail Murtha, senate chair for the SGC.

Senior Carleigh Strange, School of Music senator, asked why it was not an option for executive board members of the SGC to sponsor bills before.

“[Ruffino] and I put in the co-sponsor [and] sponsorship of a senator, just to make sure it’s not going to be an initiative just led by an executive board member, but more so that the appropriate representation is given to each initiative,” Murtha said.

The SGC passed the Meeting Community Session Amendment with a vote of 16–0.

The bill adds a community session at the beginning of SGC meetings and was sponsored by Ruffino and co-sponsored by Murtha and senior Connor Shea, president of the SGC.

Ruffino said the community session will be open to members of the college community to come speak with the SGC.

Murtha said the addition of a community session would not add to the overall time of the meeting. She said the session was added so that students did not have to wait until the open agenda at the end of the SGC meetings to speak with the SGC.

Senior Dina Barossi, club athlete senator, asked if there would be a time cap set for the community session. Ruffino said there would not be a specific set time cap and that they would be reorganizing the meeting structure, not adding additional content to the meetings.

The SGC also discussed the idea of holding town hall meetings between members of the SGC and other students at the college.

“We also want to provide a space where SGC isn’t talking at students,” Shea said. “We want a space where students can own the conversation and have some agency over addressing their concerns, and I think it would be a great way for all of us to engage with our respective constituencies.”