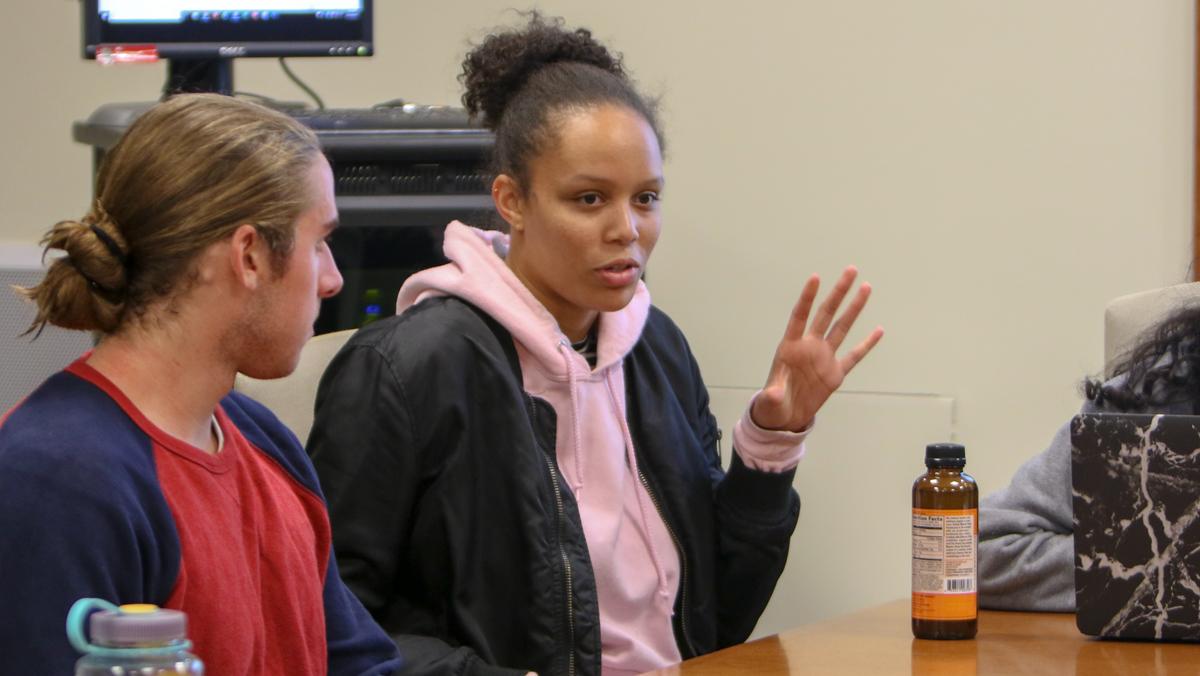 The Ithaca College Student Governance Council discussed the idea of bringing gender–neutral bathrooms to the Roy H. Park School of Communications and the implementation of a new student outreach initiative at its Sept. 24 meeting.

The SGC is currently in the process of creating a bill to advocate for the addition of gender–neutral bathrooms in the Park School. The idea to add gender–neutral bathrooms to the School of Communications was first presented at the SGC meeting Sept. 17 by Senior SGC President Alyse Harris after she had been approached by a student. Junior Devin Kasparian, senator for the Park School, had also been notified about the issue and said he wanted to be involved in the process.

Sophomore senator-at-large Elijah Nishiura and sophomore Allison Kelley, business school senator, have agreed to write the bill, and Harris will be co-sponsoring it.

Once the bill is written, it will come to a vote and must be passed by a senate majority. A Project Approval Request must then be filled out and approved by the Office of Facilities for funding to be provided.

A new initiative to increase student engagement with the SGC was also introduced during the meeting by senior Kylee Roberts, vice president of communications. As part of the initiative, senators will be standing in the Campus Center lobby with coffee and snacks for anyone who wishes to talk. As reported by The Ithacan, SGC has struggled to engage students in recent elections and initiatives.

Roberts said an event called “Coffee with Council” will be held Oct. 3 in Campus Center to kick-start the event.

“We will be set up from noon to 2 p.m. next Wednesday in the Campus Center lobby, and we’ll have coffee and snacks,” Roberts said. “The point is to increase in-person engagement.”

The SGC executive board also discussed its plans to appoint a senate chair — a position that is currently empty — and elected the members of the Appropriations Committee through a senate vote at the meeting.

This semester, the SGC has been operating without a senate chair, whose job is to run meetings. Harris has temporarily appointed junior Farwa Shakeel, vice president of academic affairs and former senate chair, to take on the duties due to her prior experience as senate chair last year.

The senate chair position is typically filled at the first SGC meeting of the semester and is voted on by the Senate, but no one ran, so the position was left open. The executive board will be appointing a candidate for senate chair, and the Senate must approve the candidate.

Shakeel said a senate chair will hopefully be appointed by next week.

“We’re looking at our options right now and just seeing if anybody’s interested and if we can get folks in or if we should just appoint somebody that we know is interested,” Shakeel said. “Hopefully they can be confirmed next week.”

Candidates for the Appropriations Committee, which provides funds for clubs and organizations on campus, gave speeches about why they wanted to be on the committee. Eight candidates ran, four of whom were current senators and four of whom were students-at-large. All the candidates were confirmed.

Senior Seondre Carolina, vice president of business and finance, is in charge of the committee and said he is looking forward to collaborating with these students in the future.