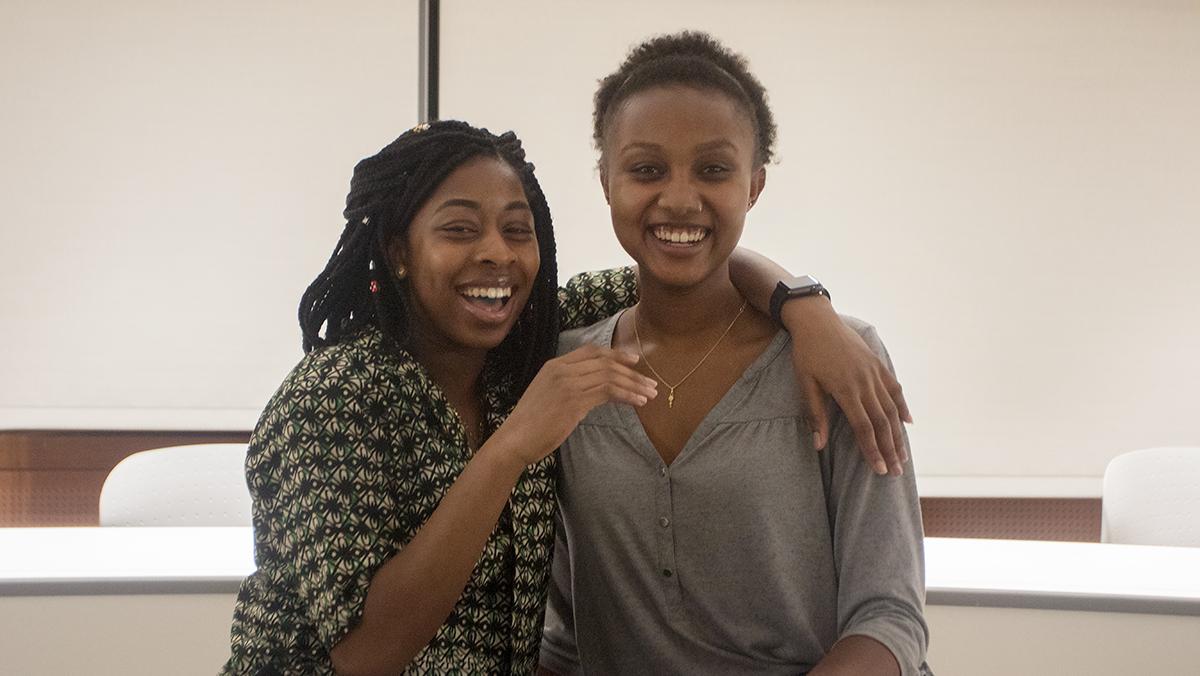 Ithaca College’s Student Governance Council has passed a bill that proposes putting pads and tampons in every restroom on campus free of charge.

The Menstrual Products Bill, which was sponsored by Senator-at-Large Fatoumata Jallow and co-sponsored by President Marieme Foote, passed 15–1 on Feb. 27, with three senators abstaining.

Currently, pads and tampons are available in most women’s and gender-neutral bathrooms on campus for 25 cents. The Menstrual Products Bill proposes to eliminate the 25-cent fee and make menstrual products available in every restroom on campus, including men’s bathrooms, something Foote said she wants in order to be inclusive.

“Someone that identifies as a male and has female genitalia might want to access pads but might not feel comfortable having to go into the women’s bathroom,” she said.

In addition to being inclusive, the bill also aims to combat inequality at the college because “the cost of tampons and pads is a burden to low-income women,” according to the bill.

“[It] is unfair and non inclusive that free condoms are offered but pads and tampons are charged at $0.25 at Ithaca College, and this continues to reinforce period shaming where girls are not comfortable enough to carry pads around,” according to the bill.

Although the SGC does not have the power to make this change by itself, it does have the ability to encourage officials on campus, specifically in the Office of Facilities, to implement its ideas. To do that, an amendment to the bill was added to create an ad hoc committee that will plan out the details of this proposal with the Office of Facilities.

Tim Carey, associate vice president of facilities, said he became aware of the bill on March 1, and he is in the process of setting up a meeting with members of the SGC to more fully understand the vision of the bill.

“Facilities is a service-oriented and student-centered department, so we will work with the SGC to determine a path forward if possible,” Carey said.

One of the details that will need to be worked out in the committee is the cost of implementing the proposal. The SGC — which can only fund student organizations on campus — is not allowed to use funds for this bill proposal. Instead, the Office of Facilities will likely be required to fund it, but there is currently no estimate of how much it will cost.

Senator-at-Large Lucas Veca, who opposed the bill, said he is concerned about the cost.

“I’m a little bit concerned with how much it’s going to cost and the fact that they didn’t have this information,” he said. “The other thing was that I don’t really see the reason to have these tampons and pads in male restrooms. To me, that really just seems like a waste of time and money.”

Veca said he is not opposed to making tampons and pads free for women at the college.

Other details that the ad hoc committee will likely address is the choice of brands and sizes of the menstrual products that will be made available, as well as where they will be placed in bathrooms. During the discussion of the bill, Senator-at-Large Charlie Kane expressed concerns that students may feel uncomfortable being seen taking a pad or tampon from the sink countertop. Several senators also wanted the pads and tampons to be made available in other public places outside restrooms, such as the Hammond Health Center.

If the college ends up implementing this policy, it would not be the first to do so. Last September, Brown University began the school year by supplying pads and tampons in all its restrooms on campus for free, as a result of a student-led effort. Brown University has a student population comparable to that of Ithaca College — 9,073 students as of Fall 2015, compared to 6,678 at the college — but those who led the effort would not comment on the cost, according to The Washington Post. The Menstrual Products Bill referenced Brown University as a model to follow. It also referenced similar legislation that New York City Mayor Bill De Blasio enacted a week ago, which made menstrual products available in city schools, homeless shelters and prisons for free.

Jallow said she believes the bill is important to pursue because it promotes women’s rights, as she feels that menstrual products are a necessity, not a luxury.

“Condoms are used for the male genitalia, and telling me that if condoms are free and that pads and tampons are priced at crazy amounts, then the male genitalia has more importance than something that I have no control over,” she said. “[It suggests] that me needing pads is not as important as someone getting pleasure.”