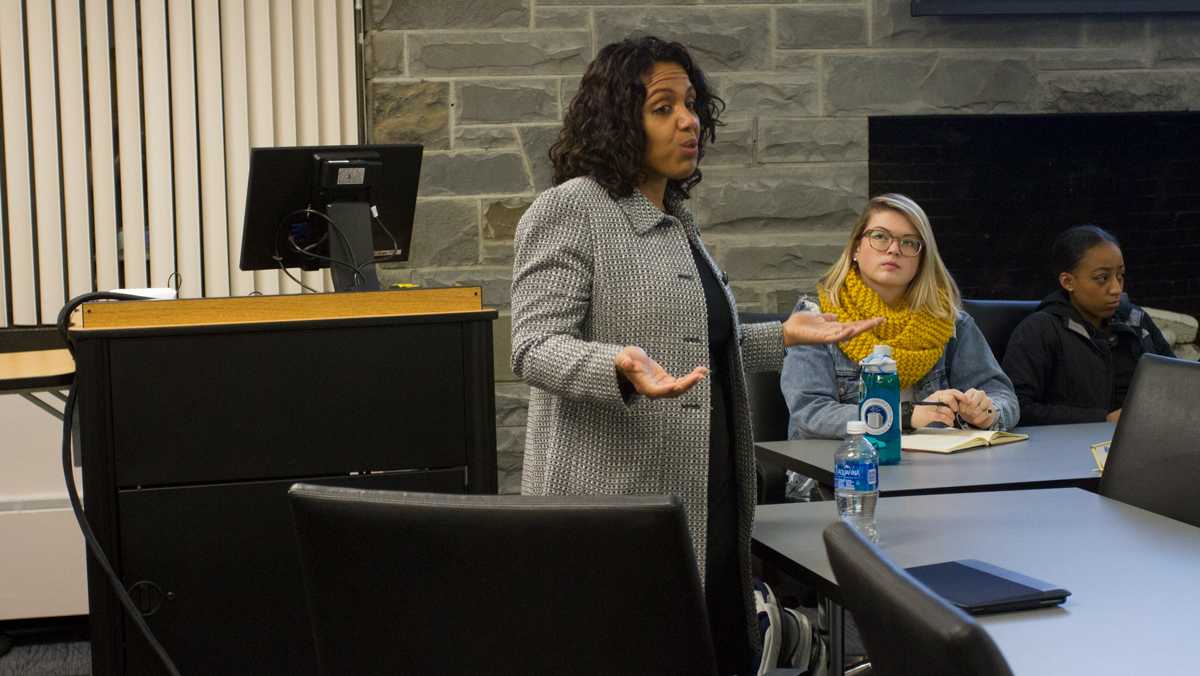 The Student Governance Council discussed a newly proposed draft of the Rules for the Maintenance of Public Order during its Feb. 26 meeting.

The Rules for the Maintenance of Public Order is a section of the Ithaca College Policy Manual that expresses policies in place to maintain safety on campus. The current Rules for the Maintenance of Public Order are required by the state of New York and have not been amended since they were first put in place in the 1970s, Nancy Pringle, general counsel and executive vice president, said during the meeting.

The college created a working group to examine freedom of speech regulations on campus during the Fall 2017 semester. The working group is amending the Rules for the Maintenance of Public Order and is composed of faculty members, staff members and students.

Following the protests in Charlottesville, Virginia, in August 2017 surrounding the removal of a statue of Confederate Gen. Robert E. Lee from Emancipation Park, many colleges and universities across the nation are reexamining policies regarding campus events and the balance between free speech and safety, Pringle said. The changes to the Rules for the Maintenance of Public Order are largely related to expanding on pre-existing policies to clarify and solidify rules.

Differences between the current Rules for the Maintenance of Public Order and the proposed draft include additional campus community members who are authorized to request identification from an individual on campus. Members of the college administration and faculty who engage in teaching or supervising duties now have this authority, which is not explicitly stated in the current regulations.

Other changes in the draft are a new section describing and prohibiting offensive conduct, an expanded section detailing the college’s right to remove an individual from campus premises and a new section guaranteeing freedom of speech and assembly as long as individuals abide by the other provisions. The current draft also includes a section specifically in reference to visitors in violation of the provisions, in addition to the section on non-community members that is in the current Rules for the Maintenance of Public Order and the new draft.

“I think where we are now is looking at what we have in front of us,” Pringle said. “Are the rules specific enough to give good guidance to people about what is acceptable on our campus and what is not acceptable? Which is why we have added a lot of content.”

One completely new section in the draft is Section VI: Freedom of Speech and Assembly. The proposed draft includes a two-part section that discusses the rights of students to peacefully assemble while following the other provisions of the policies. The proposal maintains current restrictions on disruptions of college activities, while guaranteeing the right of students to peacefully demonstrate in public areas and in designated buildings.

When discussing the Rules for the Maintenance of Public Order, several senators expressed a need for further clarification of terms within the document. Specifically within Section VI, off-campus Senator Charlotte Robertson suggested a specification of what qualifies a demonstration as orderly. In the current draft, demonstrations that are characterized as orderly and peaceful are permitted on public ground and designated buildings on campus.

Another addition in the new draft of the Rules for the Maintenance of Public Order is a section on violations pertaining to offensive conduct. According to the current draft, offensive conduct that is classified as “severe and/or pervasive” and is detrimental to an individual’s ability to access college activities, opportunities or resources is prohibited. Pringle said that the language utilized in this section is rooted in the college’s sexual harassment and anti-discrimination policies.

The draft, which has already been reviewed by Faculty Council, will be discussed and further amended by the working group that has been modifying the regulations. Carlie McClinsey, SGC president and member of the working group, said an updated draft will eventually be available for the campus community to look over before finalization.

“There will be another draft of this posted tentatively online at some point once we’ve gone through it to get community feedback in general,” McClinsey said. “The more eyes we have on it, the better.”

Rosanna Ferro, vice president of the Division of Student Affairs and Campus Life, was a speaker at the Feb. 26 SGC meeting. Ferro said she attended the meeting to understand the procedures of the SGC and to give senators and executive board members an opportunity to ask her any questions.

Cruz said that a common concern among his constituents and prospective students is the disparity between freshman experiences offered by the campus and the lack of equivalent programs offered to sophomore and juniors, which could affect retention. Ferro identified increasing student retention and school spirit as her current priorities, which she plans to pursue by increasing specific programming for each class year and specific student populations.

“There’s a national trend around a lot of work in the front, and then we wish you luck and hope you graduate,” Ferro said. “So that’s not just Ithaca, it’s actually been at every institution I’ve been in. But the movement in the best practice is to have specific programming for each class year.”