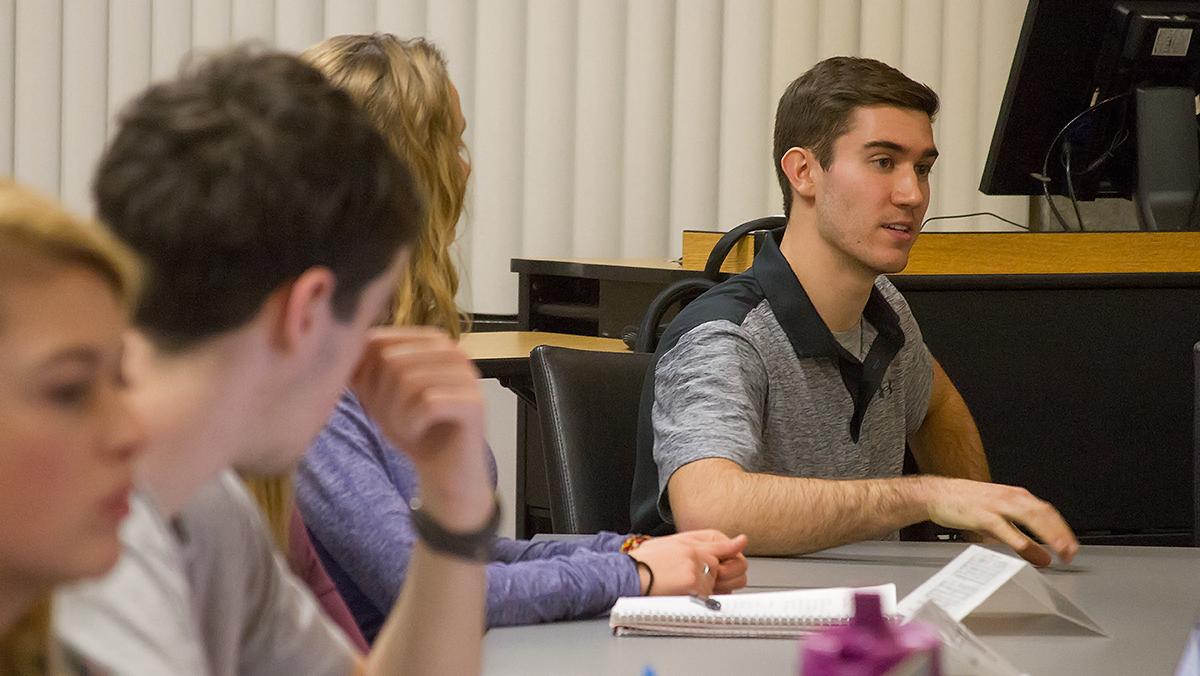 The first legislation to pass was the Bill Structure Reform bill, which was co-sponsored by junior International Senator Isabella Grullon. The bill proposed changing the format in which SGC bills are written. The new format, which consolidates resolutions in the beginning of the bill to simply “It is resolved that,” drew inspiration from the way some bills are written in the U.S. Congress with the goal of making future legislation more organized and easier to understand. The bill was passed with 15 votes in favor and two abstaining.

“I thought the bills were very necessary for making things more fluid,” Friend said. “I was expecting both of them to pass.”

Due to the length of the meeting — just over two and a half hours — several senators left early, resulting in variations in the number of members present to vote.

Following the passage of that bill, Friend said, there is room for additional reform in allocations.

“As a member of the Allocations Committee, which is in charge of a lot of money, [I know] there is a lot more that can be changed,” Friend said. “The handbook is a mess. So I just look forward to restructuring in a lot of places.”

In addition to those two bills, the SGC voted on a third bill, but it failed to pass. The Proportional Representation Bill, which was sponsored by sophomore Emily Honen, the School of Humanities and Sciences senator, and co-sponsored by junior Chief of Staff Meredith Husar, was voted down with six votes in support, 10 votes opposed and no one abstaining.

The bill would have added an additional senator for H&S. Honen argued that because H&S is the largest school at the college, it should have more representation. Based on the numbers given on the college website, H&S accounts for roughly 30 percent of the student population at the college. Opponents of the provision expressed concerns that attempting to give proportional representation to one school could result in other constituencies on campus wanting more senate positions. Honen said that she would likely propose a similar bill in the future.

“We are definitely planning on taking in some of the students’ concerns,” she said, specifying that a future bill would account for the diversity of majors in H&S as a reason to add a new senate position instead of proportion.

In addition to voting on those bills, the SGC also held internal elections for several open senate positions.

Sophomore Michael Moritz was elected the Class of 2019 senator. Moritz attended several of the SGC meetings last semester and was one of few students outside of the SGC who participated on the presidential search committee. He said he was really thankful for the opportunity to serve as a senator.

“The best thing that I can do is to bring my energy, bring my focus, bring my passion [and] line it up with the other students that I am working with,” he said.

Sophomore Charles Kane was named senator-at-large. Kane was the senator of the School of Health Sciences and Human Performance last year, and during the fall semester of this year, he served as senate chair assistant. As the senate chair assistant, he helped Senate Chair Carlie McClinsey in various capacities, including scheduling events. He is currently working on four different bills and said he ran to streamline the process of getting bills out.

Freshman Tyler Kaplan was elected the Roy H. Park School of Communications senator. He said he feels there is a negative perception of students in the Park School from students in other schools on campus, and one of his goals is to attempt to address that.

“I am not sure how I am going to do that yet, but that is one of my goals,” he said.

There are still six open positions on the SGC, including senate chair assistant, Class of 2017 senator, School of Music senator, varsity athlete senator, off-campus senator and graduate student liaison. Any student interested in running for a position should contact the SGC.