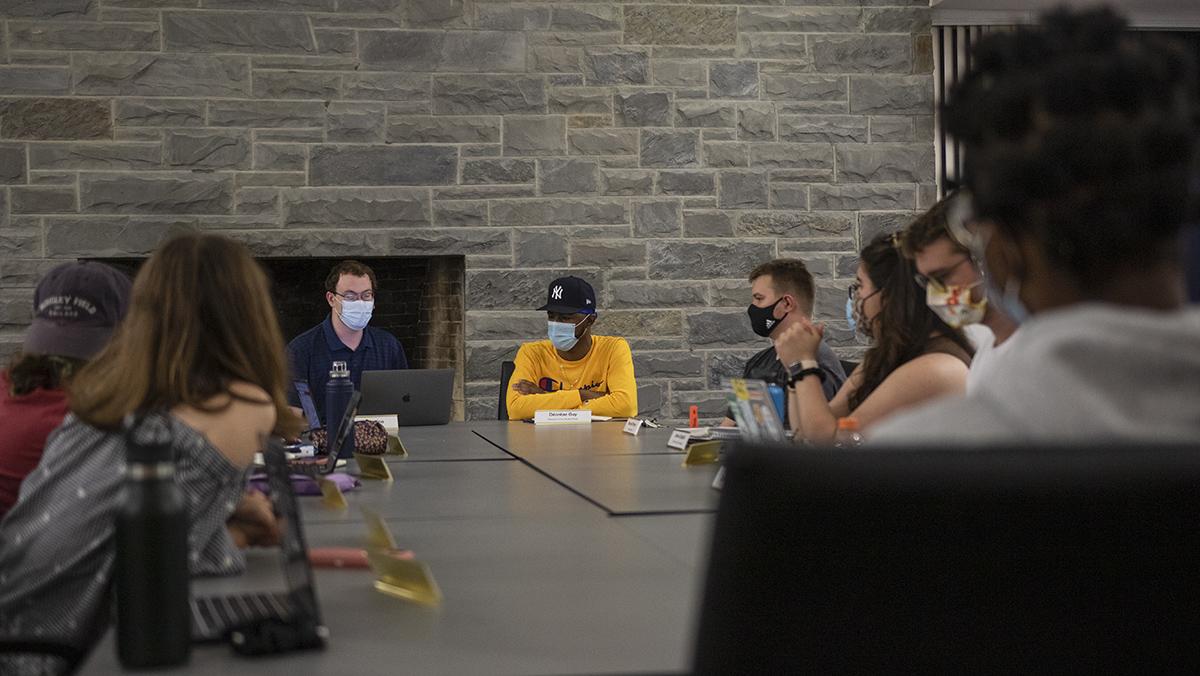 Abby Brady/The Ithacan
At its Sept. 20 meeting, junior Deontae Guy, president of the SGC, said students running for any open position on SGC will be able to give their platform presentation at elections.
By Syd Pierre
Published: September 22, 2021

The Ithaca College Student Governance Council (SGC) will be holding platform presentations for the Fall 2021 elections at 7 p.m. Sept. 23 over Zoom.

The SGC also has one executive board seat open: the Student Liaison to the Alumni Board, which is an ex-officio — non-voting — position.

At its Sept. 20 meeting, junior Deontae Guy, president of the SGC, said students running for any open position on SGC will be able to give their platform presentation at elections. Throughout the semester, candidates can present their platform at meetings and then are voted on by the current members of the SGC.

Guy said that as of Sept. 20, five or six students had submitted their election packets and had shown interest in running for an open position.

“Anytime we’re able to fill an open position within the senate I’m extremely happy,” Guy said in a statement to The Ithacan. “This means we still have students who care about their peers spread out our entire IC community. I’m so excited to hear the discussions, ideas and projects that our newest members will create.”

Members of the student body will be able to vote for candidates on Engage starting at 8 a.m Sept. 30. Voting will close at 11:59 p.m. Oct. 1 and election results will be released Oct. 2.