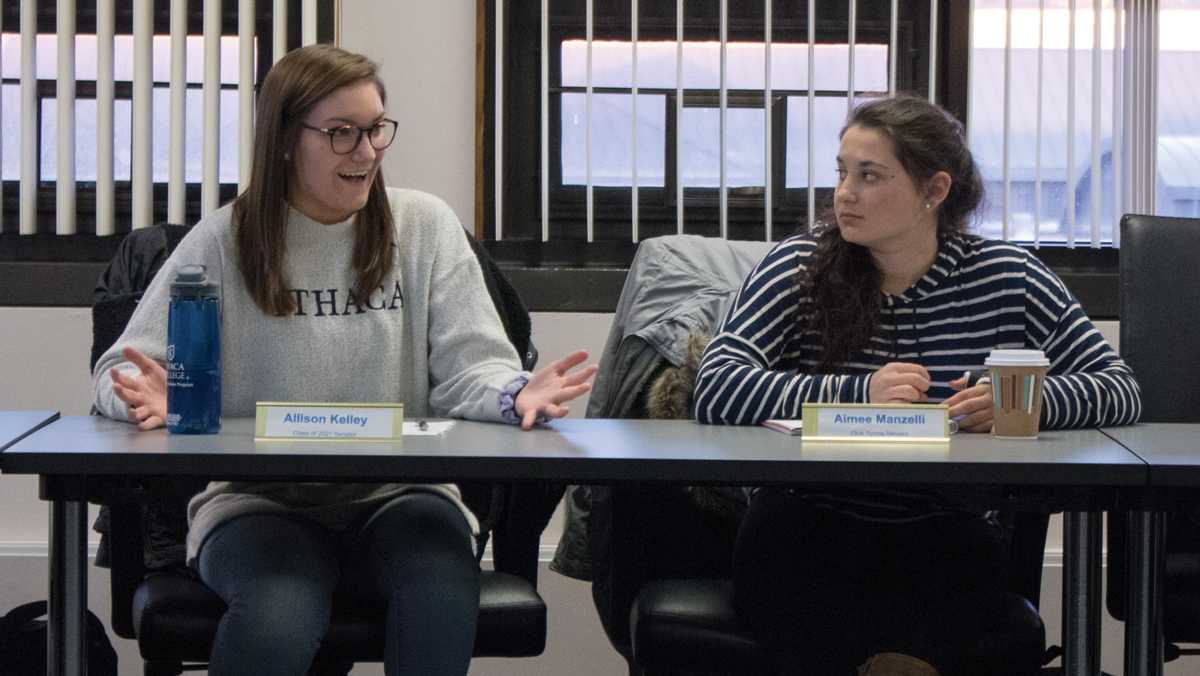 The Student Governance Council tabled amendments to the Allocations Handbook during its March 19 meeting largely due to concerns about voter composition.

The amendments that passed verified the location of the weekly Appropriations Committee meetings, clarified that the committee would not meet during school breaks and defined the term “digitally produced and copied media purchases.” The amendment to specify the location of the weekly meetings is to correct the incorrect location given in the current Allocation Handbook. The committee has never met during school breaks, but Picca said some organizations expressed confusion about the weeks.

“There’s only a maximum amount that an organization can request per academic year, so that way if they split it, it doesn’t put a burden on one organization,” Picca said. “That’s the type of collaboration that we’d love to see on campus: organizations working together to make more campus events.”

Picca also said some of the amendments in the Allocations Handbook Reform bill were prompted by the Appropriations Committee’s exhaustion of funds earlier in the semester. After several student organizations requested large budgets at the beginning of the semester, the committee ran out of funding and could no longer allocate money. In addition to providing clarification, one of the tabled amendments also proposed increasing the maximum travel budget to reduce funds returned at the end of the year. In the current Allocations Handbook, the maximum amount of travel funding per organization for the academic year is $3,000 dollars, and the proposed amendment will raise it to $4,000 dollars. Ithaca College has previously tried to reduce the Appropriation Committee’s budget because of unused funds being returned to the committee, Picca said.

The Appropriations Committee has since received approximately $2,000 dollars of returned funds since the early exhaustion and will be reaching out to the clubs who were initially denied funding at the committee’s last meeting of allocation, Picca said.

The voting on each amendment was halted for discussion when several senators questioned the ability of senators who are also members of the Appropriations Committee to vote on the bill. This discussion occurred after the senate passed three of the amendments of the bill. When bills and amendments are being voted on, each SGC senator has one vote. Out of the 11 senators present that would be voting on the Allocations Handbook Reform, six were also members of the Appropriations Committee, the co-sponsor of the amendments. This resulted in the senate voting to table each of the remaining amendments.

The SGC Constitution does not dictate that Appropriations Committee members cannot vote on reforms to the Allocation Handbook. However, senator-at-large senior Jonathan Couce, a past member of the Appropriations Committee, said he remembered abstaining from voting as a committee member when changes to the handbook were proposed earlier and felt that the committee should not have been allowed to vote.

“One of the senators brought up that there were more Allocation Committee members that were a part of the senate than actual senators that weren’t part of it,” Couce said. “I thought that was extremely biased, and just going off of what I’ve seen in years past … that’s never happened before.”

Since the concerns regarding Appropriation Committee members’ ability to vote is not addressed through the SGC Constitution, SGC president junior Carlie McClinsey said the best path moving forward will be for each senator to listen to each other and their constituents.

“If people who are on the committee recognize the needs of their constituents, and they’re voting for the constituents and not because of their position on the committee, then it kind of eradicates some of those concerns,” McClinsey said. “But it does include personal error.”