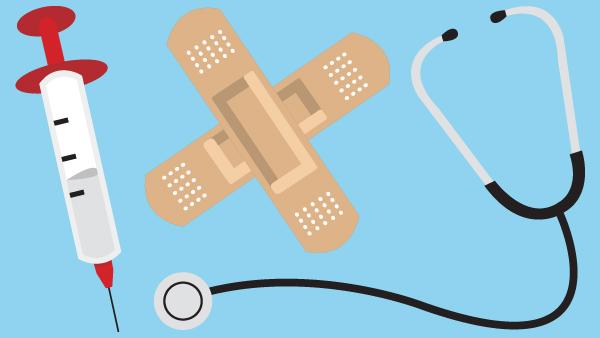 Recent updates in the implementation of the Affordable Care Act are giving young adults another way to buy insurance, marking a milestone for what experts say is a population that has traditionally had the highest rate of uninsured people in the U.S.

According to a March 2013 report by the Colorado Health Institute, 28 percent of young adults in the U.S. are uninsured. Young adults are people between the ages of 19 and 29.

The ACA was signed into law in 2010. Gradually, parts of the ACA have been implemented, including the Health Insurance Marketplace for Individuals, which rolled out Oct. 1.

Juan Arroyo, assistant professor of politics who specializes in comparative politics, said these changes do not affect students right away, but will have impacts after students graduate and are no longer on their parents’ insurance or have jobs that do not provide insurance.

“People who graduate here from the music school very often become independent,” he said. “Overall, they make a decent salary, but they don’t get insurance from anyone. So those are the people who are going to have to go to the marketplaces.”

The online exchange allows individuals to choose and purchase coverage that best suits their needs. The website has come under scrutiny following technical glitches and errors during enrollment. Obama administration officials have since apologized and vowed to have these fixed.

Dr. Vivian Lorenzo, assistant director at the Hammond Health Center, said this exchange has simplified the process for people buying individual health insurance plans, as opposed to signing up through a group policy.

“It used to be extremely difficult to find an individual policy and extremely complicated to compare them,” Lorenzo said. “You’d have to be calling up different insurance companies and those policies tended to be very, very expensive, because insurance companies were, of course, always worried this individual person was calling them up to get a policy because they were recently diagnosed with an expensive illness.”

Under the ACA, insurance companies are not allowed to set limits on the dollar amount of health benefits that a plan will cover in a single year or over a lifetime. In Fall 2012, the college’s health care plan, which is serviced by University Health Plans, became compliant with the ACA. Next year, the claim limit will be unlimited, Lorenzo said.

The ACA also encourages people stay on their parents’ insurance until the age of 26 and requires wellness care, such as birth control and STI testing, to be covered by insurance policies without any co-pays or deductibles.

Lorenzo said the act also gives people under the age of 30 the option of meeting the mandate of having insurance by opting for buying only a low-priced catastrophic policy, so a low-cost, affordable option is available for adults under 30.

“There is also no longer any pre-existing–conditions exclusions, which often impacted young adults a lot because they were often switching insurance companies because they were moving around or went off their parents’ policies,” Lorenzo said.

Arroyo also said one of the main drawbacks of the act is that students who go into jobs requiring them to move around the country may be inconvenienced by the mandate. Furthermore, he said students should be aware that not all companies are going to provide insurance benefits to employees because there is now a federally supported system.

“New graduates have to take into account that it’s not going to be ‘I got a job, now I have benefits and health care and retirement and two weeks vacation,’” he said. “That’s all changing.”

Amy Lin is the deputy policy and organizing director at Young Invincibles, a Washington, D.C.-based national nonprofit whose Healthy Young American campaign works to educate young adults about their new health care options. Lin said through the campaign, she has observed a knowledge gap about health care options. Young Invincibles trainings and webinars have reached thousands of young adults across the U.S.

“People will have a vague understanding that things are changing, but they don’t necessarily know the details,” she said. “So we find that a lot of outreach we are doing is very effective.”

Meanwhile, the college’s Human Resources division this month announced changes in health care coverage for employees for the upcoming fiscal year. Insurance-eligible employees will have the opportunity to re-enroll from Nov. 11–22, with the changes taking effect Jan. 1, 2014.

Mark Coldren, associate vice president of human resources at the college, said the real changes were in premium rates this year. These changes stemmed from recommendations made by Huron Consulting, a third-party company that conducted an administrative review of the college last year.

To comply with the ACA, the first change the college made was a year ago when it raised the maximum age to 26 for dependents to stay on an employee’s insurance plan and eliminated the condition of being full-time student.

Coldren said there were no changes to the annual claim limits because they were already high enough to pass the federal testing. He also said the college has undergone testing to show that under the ACA, the employee benefits plan is affordable and comprehensive, in comparison to offers on the exchange.

If employees stay with the college’s health plan, the college pays $9,000 on average per employee, according to the “Health Benefit Cost Information for Ithaca College Employees” document that was sent to employees.

Coldren said he conducts a study each year to compare the college’s plan with others in the state and academic community in order to maintain a certain standard of benefits, such as pricing and offers.

“We would say we have a rich plan, meaning that it’s good coverage; there’s choice; it’s less expensive,” he said. “It’s competitive in the market.”