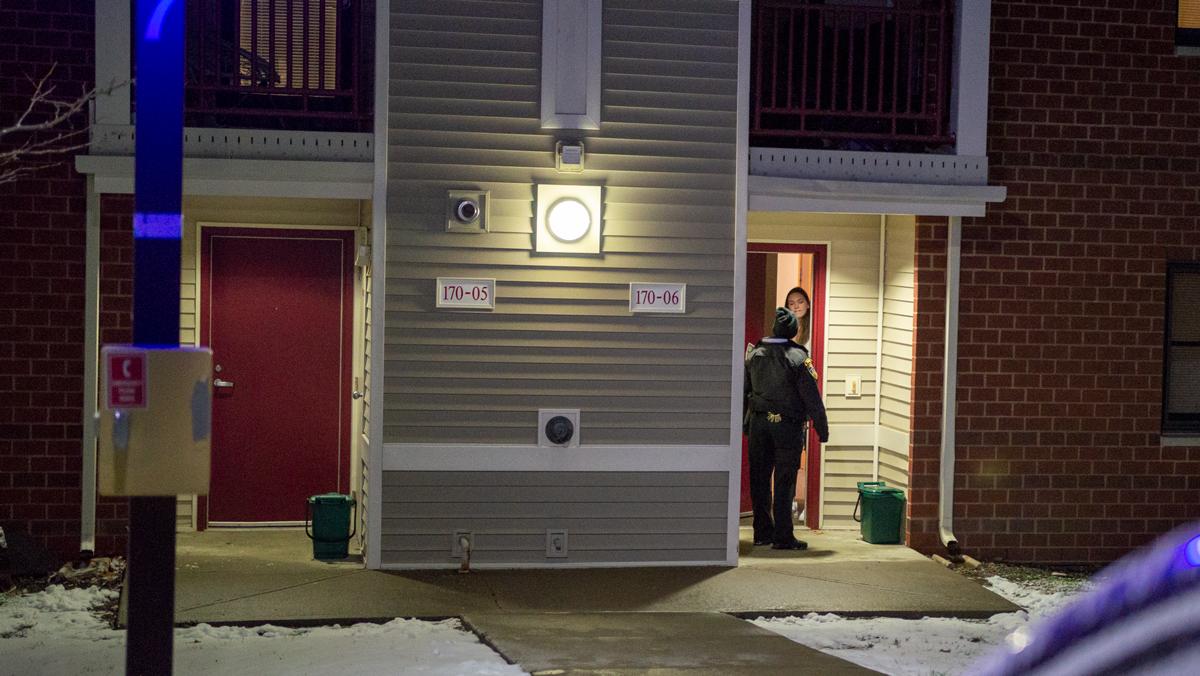 Elias Olsen/The Ithacan
Public Safety officers knocked on the doors of Circle Apartments on Dec. 6 to inform residents about the burglaries and ensure that they have locked their doors.
By Laura O'Brien — Assistant News Editor
Published: December 12, 2018

The Ithaca College student who was arrested and charged for the Nov. 23 burglary of Circle Apartment 341 is currently at home following a hospitalization for mental health reasons.

“I honestly didn’t think [the suspect] did it,” the person close to the suspect said. “That’s what I told the cops. … He never stole from me. … Then, they found everything they were looking for.”

The suspect told The Ithacan they were not able to discuss the case extensively because of a contract with their legal representatives, but they confirmed that they were hospitalized for mental health–related issues following the arrest and are currently at home. The suspect also said their court date for the arrest is Jan. 31.

The person who is close to the suspect said the suspect spent Thanksgiving break alone in their apartment, which the person was concerned about because of the suspect’s mental health issues.

“I think [the suspect] was always kind of depressed,” they said. “He had mentioned to me before about wanting to see a therapist. I don’t think he’s helpless. I just think a week of isolation, not going home for Thanksgiving — that was just like a warning sign. I knew something bad was going to happen.”

Another person close to the suspect confirmed the date of the search of the suspect’s apartment. This person said they have not had contact with the suspect since Nov. 28.