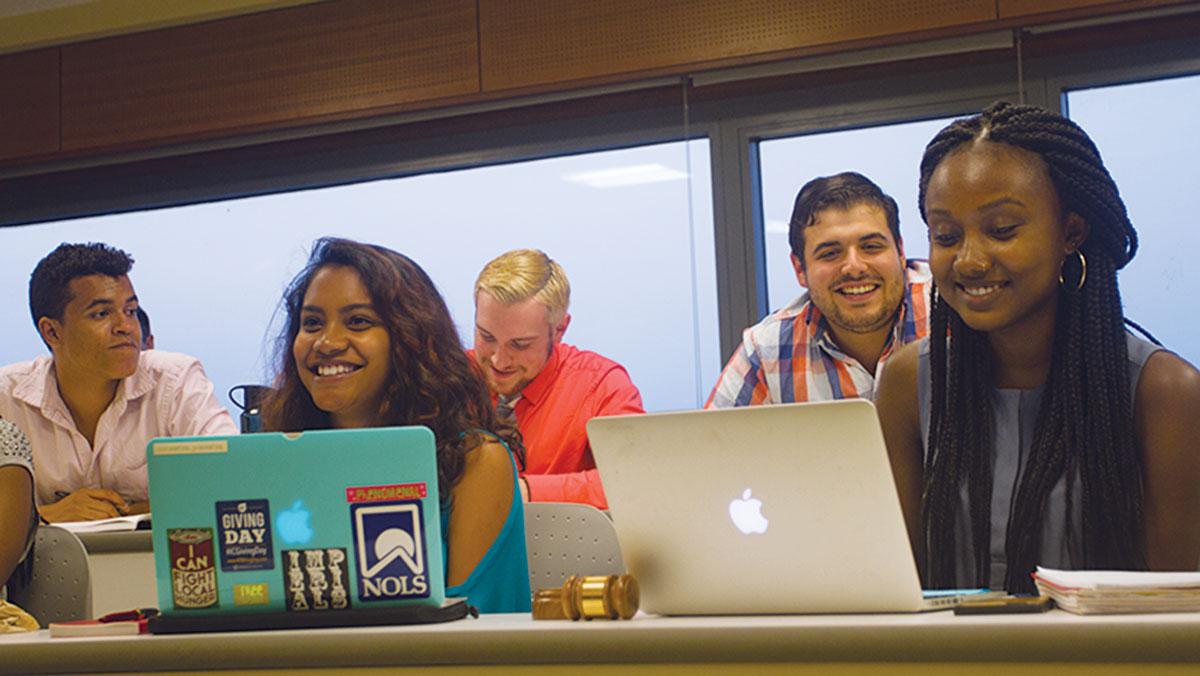 The new Ithaca College Student Government Association executive board is introducing a host of initiatives, including a push to create a student “bill of rights.”

Senior Dominick Recckio, president of the SGA, said the student bill of rights would cement rights for students into the college’s Student Conduct Code rights and freedoms section. He said creating a student bill of rights will also jibe with other issues the executive board wants to address, including academic integrity, diversity and inclusion issues, which Recckio said are extremely important to discuss.

Recckio said ideas for what will be included in the student bill of rights will not come from the executive board, but instead will be formulated by students through forums.

“We want to tell students that they have rights and let them pick their rights and … say, ‘These are the things we don’t see yet but would like to have the right to,’” he said. “Hopefully we start the dialogue and not push something down people’s throats.”

Recckio said he doesn’t like giving examples of potential rights. However, he did state his belief that students should have the right to evaluate faculty as a sample. While he acknowledged students receive evaluation forms from faculty at the end of a semester, Recckio said he would like that formalized as a right.

“A lot of this will be formalizing rights, sort of setting them in stone,” Recckio said of a student bill of rights.

The first student rights forum, in which the executive board will take ideas from students of rights they think they should have, will be held at 4 p.m. Sept. 4 in Williams Hall 225, Recckio said.

Sophomore Kyle Stewart, the SGA vice president of communications, said social media will be a primary tool to get students interested in the forum and the student bill of rights. He said the SGA wants students to have access to an electronic copy of the first draft of a bill of rights.

Recckio also said he wants to get students’ input Sept. 17 when the SGA, along with the Office of Civic Engagement, will hold a Constitution Day in which students can vote for members of the SGA, change their voter registration to Ithaca and learn about civic engagement. Recckio said students can share ideas at the event regarding what rights should be included in a student bill of rights.

“They assured me that they’re going to need to look at it for legal purposes because all edits made to the conduct code are legal changes,” Recckio said. “[The changes] have to be approved by the Board of Trustees, so they have to climb that ladder.”

While Recckio said the administration has taken a neutral approach thus far, he said he does expect pushback when the rights are drafted.

Rory Rothman, associate provost for student life, said there is already a statement of rights and freedoms in the Student Conduct Code that represents students.

“It’s not clear to me what’s being thought about in terms of the student bill of rights separate from that,” Rothman said.

Recckio said he envisions a student bill of rights as a supplement or potential reworking of the Student Conduct Code rights and freedoms section. Rothman said any proposal that changes the conduct code would have to be examined by the Board of Trustees.

If the rights did not come in the form of changes to the conduct code, the review would look different, Rothman said. He said the process will also depend on the content of the rights submitted. Rothman would not comment on what specifically the administration would be looking for during the review process because he said it doesn’t yet know what the rights will be.

Ultimately, the student bill of rights will be passed as an SGA bill, Recckio said, although he doesn’t know when it will be passed. However, Recckio envisions the Board of Trustees reviewing the document during its meeting at the end of the academic year in May.

Recckio said he sees the student bill of rights as a physical document containing somewhere between five and 20 rights in a digestible form of a couple of sentences with linked resources providing more information.

The student bill of rights is not the executive board’s only priority. Recckio said they also want to pursue initiatives to encourage student organizations to provide better programming by partnering together on events, as well as continue the push for LGBTQ and indigenous studies minors. The Ithacan reported last semester that an LGBTQ minor may take more than five years to develop.

The executive board is also looking to continue addressing microaggressions and diversity and inclusion through programs designed to educate people on campus about how to reduce microaggressions. In addition, Recckio said the board will continue work on issues of sexual assault, domestic violence and mental health through aiding in the implementation of the Sexual Harassment and Assault Response & Education program and working with student organizations and offices on campus to organize a “Speak Up” campaign, which would work to educate and encourage students to “speak up against sexual assault, rape culture and domestic violence.” Recckio said each individual member of the executive board will be specializing in a specific area.

Another initiative the SGA is looking to implement are regular “State of the Student” addresses, which Stewart will take the lead in crafting.

“The ‘State of the Student’ is the initiative to get people to know what SGA is and what we can do and how we can help them,” Stewart said.

Stewart said the goal is to produce one State of the Student address per block, which Recckio will deliver. The first one will be filmed and will focus on what the SGA is and will be broken down into the themes of diversity, sexual assault, engaged citizenship, the student bill of rights and the Center for Counseling and Psychological Services, Stewart said. He said the goal is to complete the first address by Sept. 25. In addition to students, Stewart said the address will also be sent to the administration.
Subsequent addresses will occur in front of a live audience. Stewart said the themes of future addresses may stay the same or could possibly change as new issues emerge.