Students allegedly drugged at bar on The Commons 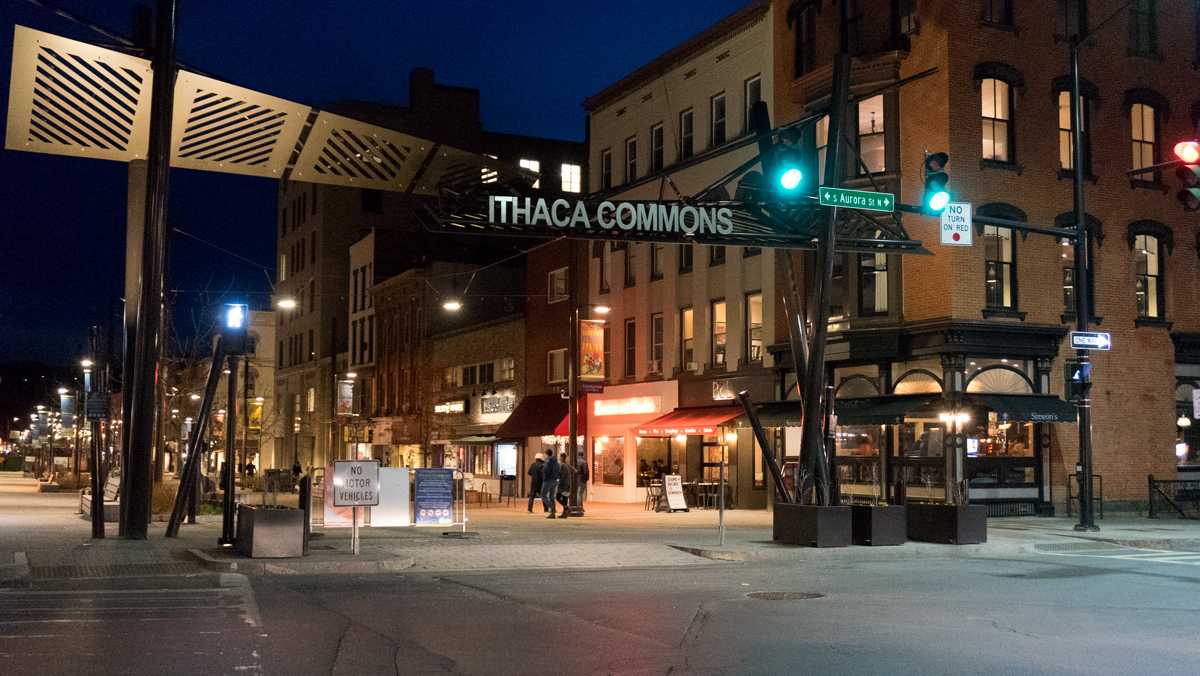 Sabrina Chang/The Ithacan
The Ithaca Police Department received multiple reports from March 29 to 31 about druggings at bars on The Commons. The initial reports did not involve any students from Ithaca College, but two students from the college claimed they were drugged on April 5.
By Ashley Stalnecker — Staff Writer
Published: April 10, 2019

Two Ithaca College students say they were drugged at the Lot 10 Bar and Lounge, located on The Commons, the night of April 5.

During the weekend before, from March 29 to 31, the Ithaca Police Department received multiple reports of druggings at bars on The Commons. None of these reports involved Ithaca College students, but Dean of Students Bonnie Prunty and Bill Kerry, director of the Office of Public Safety and Emergency Management, sent an email to the campus community April 3 warning students to be vigilant.

The students involved in the most recent druggings did not report the incident to the Ithaca Police Department. One of the students, who did not want to be named due to his status as a victim, said he did not have time to report it and did not feel necessarily traumatized by the event.

Senior Sam Stein said that when he went out with his friend the night of April 5, he could not remember anything that occurred  when he woke up the next morning after having two drinks. He said that he felt “super out of it” and that the effects felt much different than a hangover.

To confirm that a drugging was committed, Tom Dunn, associate director and deputy chief of Public Safety, said that the victim should go to the hospital and that a drug test can be administered to find out if the student ingested drugs. Otherwise, Dunn said officers usually rely on the testimony of the victim. He said common symptoms of ingesting a roofie or other date rape drug would be memory loss, feeling confused and disoriented, or feeling intoxicated even if they had not consumed alcohol.

The other student reported similar feelings that were unusual for him. For example, he said another friend tried to wake him up and he could not be awakened even though he is usually a light sleeper. He said there was a lot he did not remember from the night.

“[I] felt really really weird and out of it all the next day,” he said. “[I] kind of just realized that almost definitely something had happened because it was just very strange, and we know that this is something that has been happening lately.”

He said the symptoms were worse than they should have been for the amount he drank.

“Ordinarily, I would have to drink a lot more than I did to not wake up,” he said. “That’s very abnormal.”

Stein said the bar is a place where he usually feels comfortable.

“It’s quite concerning that this happened,” he said. “Other than the obvious health safety reasons, and the fact that it’s completely wrong to subject anyone to a substance without their consent, because Lot 10 is a bar where myself and many other college students I know feel comfortable and have positive associations with.”

Stein said he has played at the bar with his band on multiple occasions, and he has friends who work at the bar as bartenders.

Dunn said he encourages students to call the police if this happens or go to the hospital to get the help they need if they suspect anything.

“We certainly want people to be safe and take the normal precautions that they would always take,” Dunn said. “It is, interestingly, Sexual Assault Awareness Month, so we wouldn’t want people to drink from drinks that are left unattended or you don’t know where the drinks came from.”

Dunn said there are no other reports of students being drugged at this time. Jamie Williamson, public information officer for the Ithaca Police Department, said that there is no new information to release and that investigators are continuing to gather evidence and interview witnesses.

Stein said he will not be getting drinks from Lot 10 until the bar makes definite changes to decrease the possibility of future incidents.

“I know I will not be getting from Lot 10 again after that until this is definitively addressed and resolved in some form of upped security by their staff,” he said.