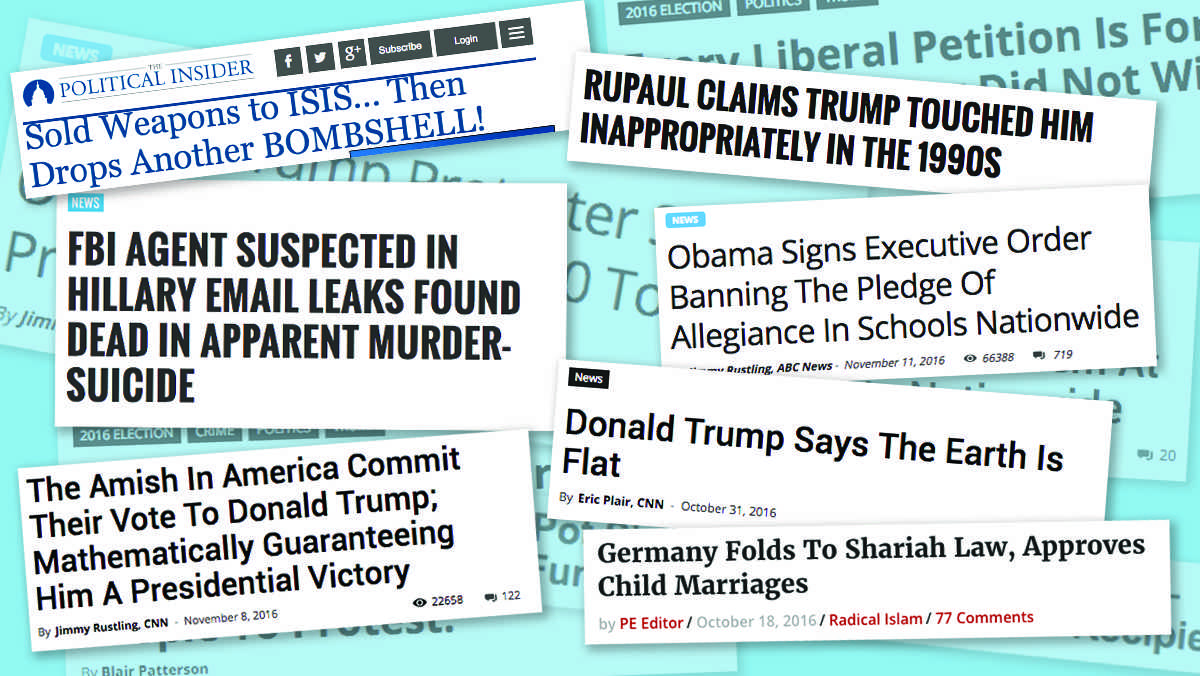 Haley Tarleton/The Ithacan
Many young people do not have the ability to distinguish between real and fake information found online, a Stanford University study found.
By Sam Haut — Staff Writer
Published: January 23, 2017

Many young people do not have the ability to distinguish between real and fake information found online, a Stanford University study found.

Fake news stories proliferated during the election with the intent to glorify or vilify either candidate, according to a news analysis by BuzzFeed News. The analysis found that the top fake election news stories generated more engagement on Facebook than the top stories from major news outlets like The Guardian, CNN and Fox News in the seven months leading up to the election.

An example of one of these stories is “Thousands of Fraudulent Clinton Votes Found in Ohio Warehouse,” published by The Christian Times and written by a recent college graduate, who later acknowledged it to be fake. Another example is “FBI Agent Suspected in Hillary Email Leaks Found Dead,” published by the Denver Guardian on Nov. 5, 2016.

Since then, to combat the spread of fake news on social media, Facebook executives have been using artificial intelligence to detect words or patterns that are indicative of fake news stories, according to Forbes.

In one part of the study, 44 undergraduate students from three universities were shown a tweet about gun control from a left–leaning polling website and asked about its trustworthiness. Less than a third of the students properly identified the bias present in the tweet, according to the study.

The researchers also tested high school and college students to see if they could find the bias in a site about minimum wage. The students were shown a website sponsored by a left-leaning D.C. lobbying firm, then asked whether or not it was a reputable source. Ninety-three percent of college students and 91 percent of high school students surveyed never checked other sites to see if the information was reputable, according to the study.

Cyndy Scheibe, professor of psychology and executive director of the media literacy initiative Project Look Sharp, said there is a problem in having so much information online without restrictions on what gets published.

“The biggest challenge with the rise of the internet — and I would argue, in particular, social media — is now stuff gets perceived as news and sometimes specifically labeled as news, like on Facebook, that is not vetted by anybody,” Scheibe said.

Scheibe said there are numerous reasons for fake news to emerge, including the author’s wanting to drive traffic to their site, being ignorant about the topic or in some cases, spreading it with malicious intent.

Carlos Figueroa, assistant professor in the Department of Politics, said people’s believing fake news partially comes from their wanting to get all their information as quickly as possible.

“People want things fast, so the internet allows that,” Figueroa said. “‘Oh wait, what happened last night? I missed it. Let me go online,’ and whatever pops up, you read it — you go with it. So there is no process of fact-checking and being critical.”

Junior Christine Valderrama said she gets her news from social media and said she does fact-check some of the news she reads online but that this is not the case for everyone.

“Probably happens a lot because everyone sees what they see, and they don’t double-think it,” Valderrama said.

Scheibe said young people use social media much more than other news sources without much regard for the source of the information.

Scheibe said she does not see the problem of fake news affecting older generations as much because they are inherently skeptical of the news they see on Facebook.

Sophomore Kyle Davis, who said he gets some of his news from Facebook, shares Scheibe’s view that the younger generation has a problem with believing whatever it reads online.

“A lot of people do just rely on social media entirely for their news, and I think that a bigger problem with our generation, too, is people don’t just necessarily read that information, but then they go and spread it, too,” Davis said.