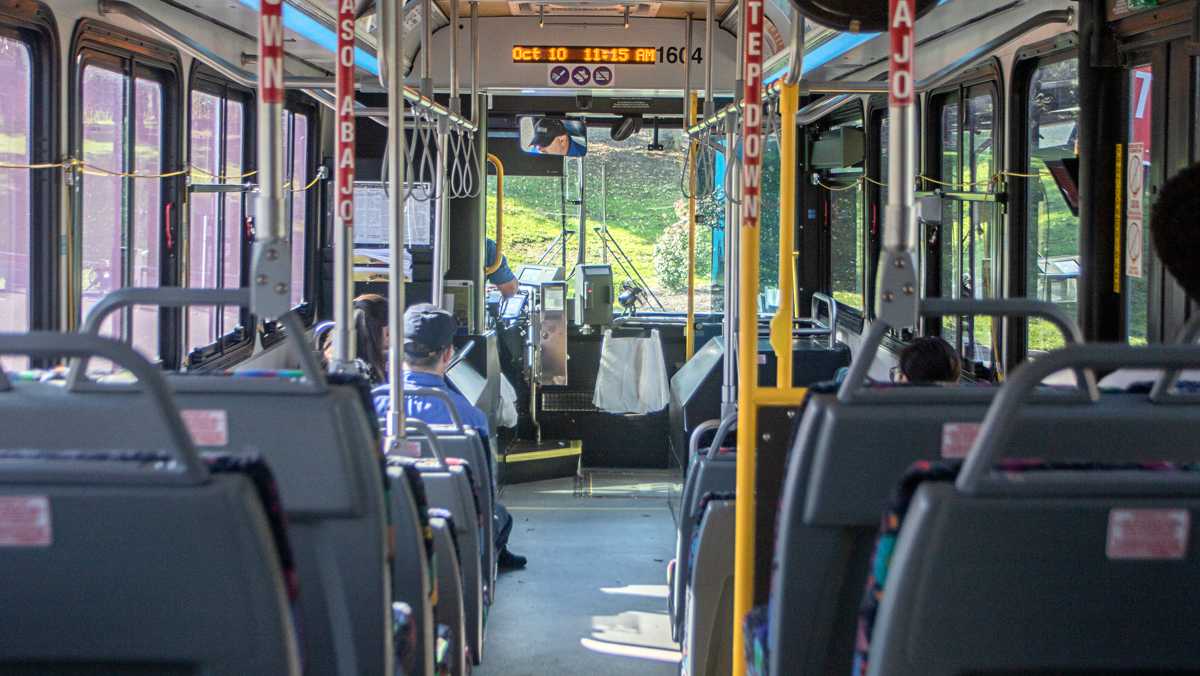 Sairam Reddy Potlapadu/The Ithacan
Tompkins Consolidated Area Transit is currently re-evaluating its services after a decrease in ridership on multiple routes, including Route 11. This evaluation may result in a reduced bus schedule for Route 11, one of two bus routes that has stops on Ithaca College's campus.
By Cody Taylor — Contributing Writer
Published: November 7, 2018

Ithaca College students may see a decrease in Tompkins Consolidated Area Transit Route 11 services as a result of decreased ridership on the route.

The TCAT Route 11 bus has been experiencing a steady drop in ridership since 2016. As a result, TCAT is currently re–evaluating its route directions and the number of stops each route has, which may result in a decreased bus schedule for Ithaca College students to commute on and off campus.

Currently, the only TCAT routes that stop on campus are Route 11 and Route 65. Matt Yarrow, service development manager of TCAT, said that although TCAT currently does not have a set plan in motion, it will be exploring its options to potentially decrease bus trips to campus because fewer riders have been using the routes. By doing this, he said, this re-evaluation could improve the timeliness of the TCAT’s online bus stop schedule. This will potentially affect students and other campus community members who rely on TCAT services to commute on and off campus.

The only routes that are experiencing a decline in ridership are Routes 11, 90, 92 and 93, all of which are more rural routes, Scot Vanderpool, general manager of TCAT, said. The total decrease among all of the routes is 4.3 percent.

Yarrow said he is unsure how long it will take to find the solution, and official changes would likely not occur until next fall.

“Timing depends if there is a workable solution that seems reasonable to try and that will not inconvenience a lot of people in the process,” Yarrow said.

Ridership is down 12.2 percent so far this year on Route 11, following a 10 percent drop in 2017, according to the TCAT website. Riders in the Ithaca community have to pay $1.50 per ride or a monthly payment of $30 for an unlimited bus pass, but some Cornell University students and staff ride the TCAT free of charge. Vanderpool said Cornell works in collaboration with TCAT to provide discounted and free busing to university freshmen. Other students and faculty who are willing to sacrifice their vehicles will have the opportunity to ride for free as well, Vanderpool said.

“Cornell has a strong transportation-demand-management (TDM) program to motivate its students, faculty and staff to go car-free by providing many incentives to do so, such as offering free or discounted bus passes for those who give up parking privileges,” Vanderpool said.

Vanderpool said there are various reasons as to why ridership has declined on Route 11. He said he believes the main reason is the legalization of shared riding services like Uber and Lyft in upstate New York, which occurred in June 2017.

Patty Poist, communications and marketing manager of TCAT, said to help figure out why there is a decline in ridership on Route 11, the TCAT website has a survey that Tompkins County residents and students can fill out to give feedback on ways in which it can improve Route 11.

However, some students expressed general dissatisfaction with the TCAT, and that negative experience made them less likely to keep using the service.

Junior Cameron Fox Flamm said there have been times where the schedule online gave him incorrect information — sometimes, the schedule would indicate that a bus would not be a direct route, meaning that it would stop if a passenger pulled the cable indicating the specific destination they  wanted to get off at, but it was actually a direct route bus, which placed him far away from his destination.

He said this has made him late to class on some occasions.

“I ended up getting off the bus because it was the closest I was going to get to where I needed to be,” he said. “This left me pretty far away from where my final destination, and I was late getting there and lost trust in the TCAT.”

Freshman Lauren Barnes said she also has had experiences where the TCAT did not arrive on time according to its online schedule. Barnes said she typically goes to the TCAT stop by Garden Apartments on campus to go to The Commons and go grocery shopping at Wegmans. She said she has had a few experiences where the TCAT was 20 minutes late, and she had to wait in bad weather while carrying loads of groceries. This unreliability and inconsistency has resulted in Barnes seeking alternate forms of transportation.

Conversely, senior Joe Cruz said he lives off Hillview and South Aurora Street and commutes onto campus daily using the TCAT. Cruz said he has had a good experience commuting on the TCAT, both on campus as well as to Cornell, where he has taken classes.

“The TCAT is very clean, the drivers are usually very nice,” he said. “I had classes that I would take at Cornell, and I would take the bus and it was reliable.”

Tom Clavel, service analyst of TCAT, said TCAT riders should not rely on the accuracy of the online schedule and should try to arrive ahead of time.

“We encourage riders to get to the stop before the bus is scheduled to arrive,” Clavel said. “We are committed to our schedule, not by what the app says. The app is guessing.  A bus may be running late, but the driver is going to try to make up time. It’s best to get to the stop a minute or two ahead of time.”