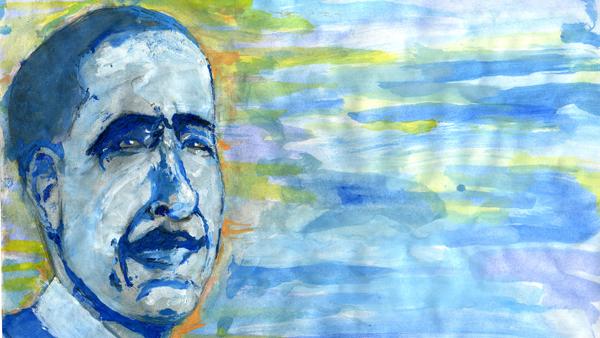 This election year, 19 percent of all voters were between the ages of 18 to 29, an increase from the 2008 historic election where 18 percent were in that age group, according to The New York Times polls.

At the college, Cheryl Christopher, postal services assistant at the Phillips Hall Mail Center, said she saw the most absentee ballots sent out through the mail center in years.

“A lot of students mailed their absentee ballots this year,” she said. “I’ve seen a lot of them do priority with delivery confirmation. Quite a few actually did overnighting on them to make sure they were going to be there on time.”

IC Democrats and the Residential Housing Association hosted a non-partisan election party for about 300 students in Emerson Suites, and when the final result was announced, the room erupted with cheers.

“This is the first election that I could vote in, and my parents got citizenship over the summer, so this was something we were really looking forward to,” junior Andreas Jonathan said at the election party.

For some students, recent events — like the president’s reaction to the devastation that Hurricane Sandy wreaked on states in the Mid-Atlantic region — prompted them to support the president.

“[Students were] able to see that the president is able to really do what needs to be done when faced with a devastating event.”

Not all students at the college are excited by another four years of Obama in office. Rob Oliver, president of IC Republicans, said he’s looking forward to 2016 and a group of rising Republicans that could represent the party in the future.

“America has spoken, and we do need to diversify the Republican Party,” he said. “We need to reach out more to the minority and immigrant groups.”

In the election, the president picked up 303 electoral votes and won several key battleground states, including Colorado, New Hampshire, Ohio and Virginia. Republican challenger Romney won 206 electoral votes. However, Florida still had not submitted the final tally as of Wednesday night.

There were few surprise outcomes in the Empire State on election night.

Reed earned 52.1 percent of the vote, while Shinagawa won 47.9 percent.

“Tonight, it looks like the presidential election is going a different way than we had hoped, but the bottom line is, tomorrow, the sun will come up, and what we will do is solve the problems that face our country,” Reed said during his victory speech. “The way we’re going to solve them is by uniting as an America to deal with these
crises that are before us.”

Seward picked up another two-year term, defeating Leib with about 69 percent of the vote, compared to Leib’s 31 percent.

For Leib, the loss wasn’t a complete defeat.

“We got into the race to make sure that people had a choice, that issues would be discussed, and that the election wouldn’t be a coronation for a 26-year career politician,” Leib said after conceding Tuesday night. “On that end, we won.”

Democratic Assemblyperson Barbara Lifton will once again represent the 125th District in the New York state Assembly, as she ran unopposed.

Though most eyes were on the presidential race Tuesday night, several states made history with new laws that deal with some of the nation’s most widely discussed social issues.

Maine and Maryland became the first U.S. states to legalize gay marriage through the popular vote in Tuesday’s election.

Lis Maurer, director of LGBT Education, Outreach and Services Program on campus, said she has seen students excited that same-sex marriage was passed in Maine and Maryland.

Minnesota rejected an amendment that would ban same-sex marriage in the state.

Another key proposition for several states debated the possibility of legalizing medical marijuana.

With the legalization of medical marijuana now in 18 states, it’s likely that New York could begin to take the steps to legalize medical marijuana, Evan Nison, president of Ithaca College Students for Sensible Drug Policy, said.

“New York was the leader in repealing alcohol prohibition, so I think there’s is a good chance New York could be among the first states to legalize marijuana through legislature,” Nison said.