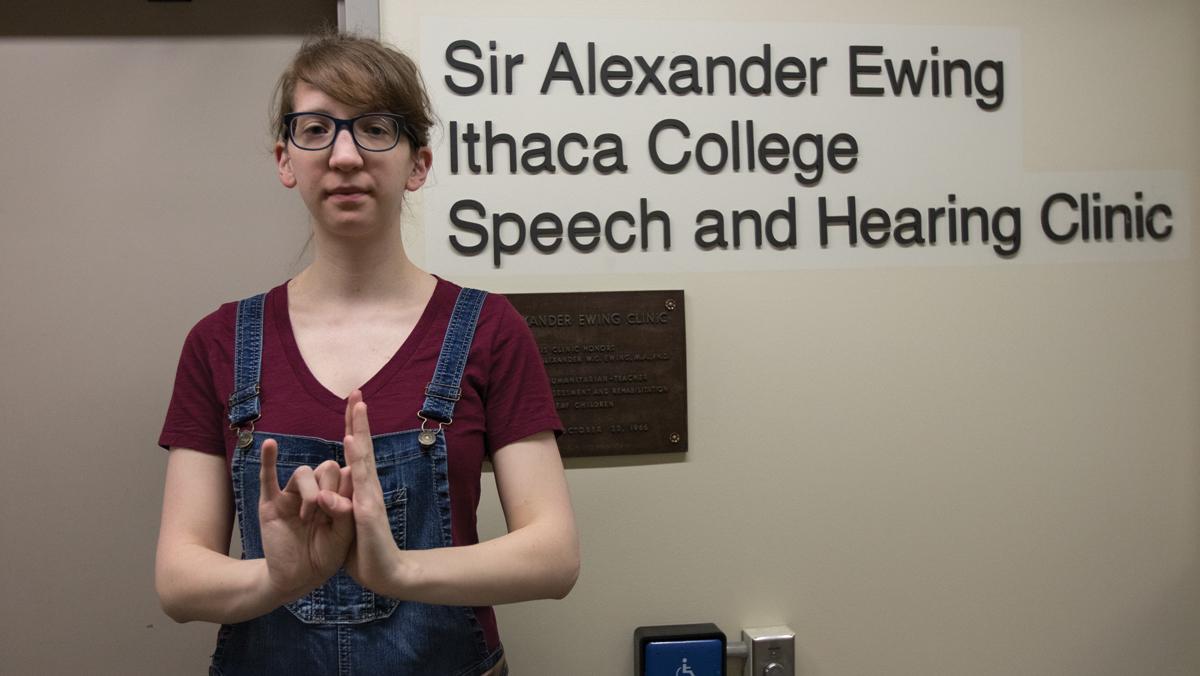 “Ithaca College continually strives to build an inclusive and welcoming community of individuals with diverse talents and skills from a multitude of backgrounds who are committed to civility, mutual respect, social justice, and the free and open exchange of ideas,” according to the college’s “Diversity Statement and Goals.” Taken directly from the Ithaca College website, I have to call Ithaca College’s BS.

I am attending a college that likes to claim it has a “diverse community,” but I have yet to meet another person who is Hard of Hearing on this so-called “diverse” campus. I am attending a college that says they want to hear different ideas from students, but it seems to prioritize the voices and concerns of other minority groups, such as the ALANA and LGBTQ students.

The Diversity Goals from the “Diversity and Inclusion at IC” page on the Ithaca College website include:

“6) Ensure that student learning outcomes focused on diversity are incorporated into every student’s program of study (through the major, minor, general education curriculum, graduation requirement, or general elective) and are assessed

9) Create a physical campus environment that recognizes and celebrates diversity

I recently attended a discussion and talk about disabilities and the inclusion here in Ithaca, a talk that wasn’t extended to students, I later realized, but only to professors, faculty, and staff. Nevertheless, in this talk the two panelists defined the difference between the words “accessibility” and “inclusion.” “Accessibility” refers to how a student transports and participates in an event or classroom, while “inclusion” refers to why a student is at that event at all. And in my two years’ experience at Ithaca College, the school is focused — barely — on making sure both Hard of Hearing students and other students with disabilities have access to an education rather than feeling like they belong.

Students with disabilities don’t have panels and events to discuss with the student body and the new president about problems we face; we don’t have learning communities in dorms like La Casa, Home Program, Interfaith, and Organic Gardening and Cooking; we don’t have a safe space to share our concerns and educate professors and other students.

Right before registration for the fall 2018 semester, the speech-language pathology department decided to include another section of the American Sign Language III class. However, this change was not because the department realized they should offer the class for more students, the students who were fighting for this change told me. Instead, they added another because a group of students who wouldn’t have been able to complete the minor without the other section petitioned two classes of ASL III to the department.

I should consider this improvement; the department is allowing more students to participate in a foreign language. However, I’ve come to understand two remaining problems. 1) Ithaca College doesn’t even count American Sign Language as the foreign language requirement. Unlike Ithaca, colleges like SUNY Brockport, SUNY Buffalo, and National Technical Institute for the Deaf recognize and allow ASL to fulfill their foreign language requirement. 2) Students need to complete ASL I and II before taking ASL III, a class only offered to Deaf Studies minor students. So the problem still remains: students outside the minor currently have no opportunity to learn about the Deaf community.

Currently, diversity requirement of the Integrated Core Curriculum includes classes about mental health, women and gender studies, different culture groups, but the only culture and group not mentioned is the Deaf culture and people with disabilities. The Deaf Studies program even offers a class, Deaf culture, that would work and fulfill the diversity objectives: how systems of power impact a group identity, how individuals and organizations adapt to or challenge those inequalities, and how we individually shift our perspective, according to the ICC diversity requirement.

To live up to the goals Ithaca College has, I recommend the college stop all the talk about how diverse we are and take some action: reach out to professors to include the Deaf Culture course for diversity, reach out to students, give us a platform to promote all voices and remember there are other students attending Ithaca College.

Commentary: Deaf community is not disabled