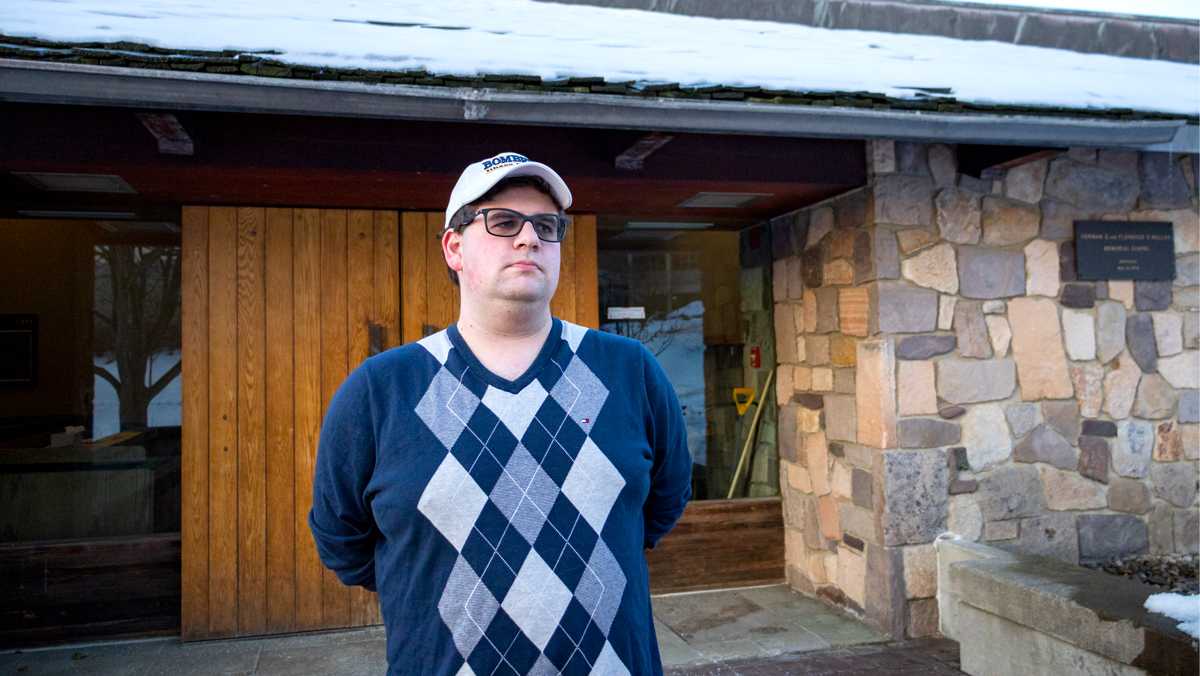 Athina Sonitis/The Ithacan
Junior Jordan Stecker demands more support from the college and the campus community when it comes to improving Jewish life for himself and others.
By Jordan Stecker
Published: March 4, 2020

As an institution, Ithaca College prides itself on supporting each student’s identity as well as their social/cultural communities. Recently however, I have found that my community, the Jewish community on campus, has not received this support. Rather, my experience is that the religious needs and concerns of Jewish students have repeatedly ignored and marginalized by the campus administration.

One of the first issues that must be addressed is repeated incidents of Anti-Semitism. For instance, in April 2019, a student found a swastika on their dorm door. In December 2017, I personally found my mezuzah blatantly ripped from my doorpost, lying on the floor. Sadly, in these instances and other examples, IC’s disturbing response has been practically identical: an absence of any significant support committed to Jewish Life, and no assurance from the college that issues of Anti-Semitism would be addressed in any meaningful way.

Ithaca College’s actions on a macro-level further call into question its commitment to Jewish Life. For example, though the college has recognized clergy of other faiths, never has any rabbi been officially recognized nor sponsored to serve Jewish students’ needs. While IC has partially funded a campus Hillel, this seems to the sole extent to which it has pledged its efforts. As a former board member, I have personally witnessed how displaced Hillel at Ithaca College has come from Jewish values. Over the past year, this organization has been responsible for numerous religious issues including violating kosher laws, secularizing religious programs and encouraging students to break religious law.

In this institutionalized lack of religious support, both Ithaca College and the campus Hillel have diminished the ability for Jewish students to authentically connect and gather meaningfulness from our faith. In an effort to actively serve the Jewish population, IC must either require Hillel to maintain higher religious standards, or recognize religious leaders such as the Rabbi of Chabad at Ithaca College, to better serve Jewish students.

In regard to Student Life, there have also been issues of inequity and exclusivity directed toward Jewish students. Recently, there have been several campus events, most notably Spring 2018 Commencement, which occurred on Jewish holidays. This has prevented several Jewish students and their families from attending. I, along with others, have sought to remedy this trend in various ways.

One such effort included a Student Governance Council Bill, proposed in December 2018 which seemed to have minimal, if any, success. Likewise, I have also attempted to schedule meetings with administrators to express my concerns, and have been regularly turned away. Personally, I cannot help but wonder how an institution so outwardly committed to creating an inclusive environment could so summarily discard the fundamental right to feel supported in observing one’s faith on campus.

On behalf of IC’s Jewish community, I ask for tangible acts of support from the administration. First, equitable treatment in terms of providing adequate forms of sponsored rabbinic leadership. Second, positive encouragement of meaningful connections to religious identities through traditional activities and kosher food. Third, proper efforts of religious accommodations at campus programs. Fourth, public condemnation and preventive measures in response to acts of religious intolerance.

To Ithaca College’s collective community: I ask you for your proactive support in prioritizing these needs of Jewish students. It is my hope that these united efforts will ensure that IC lives up to its mission of being an institution that is truly supportive to all.