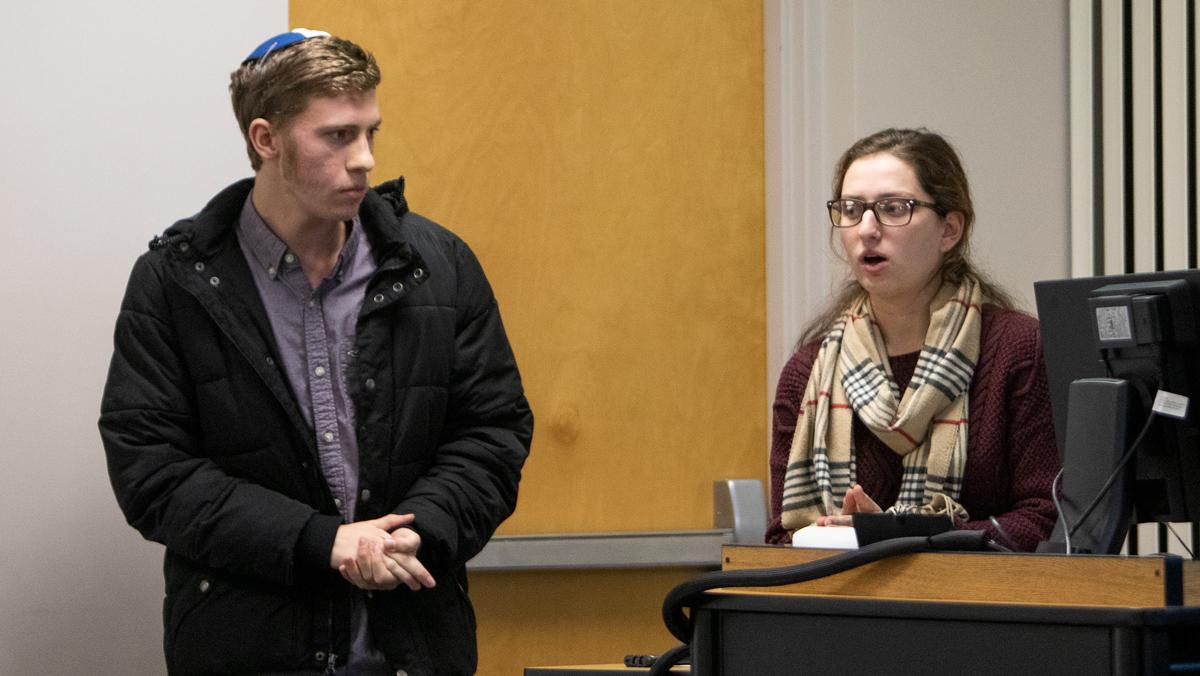 When sophomore Zac Wachs transferred to Ithaca College from the University of Kentucky in Fall 2019, he anticipated the typical transfer student struggles. However, he never expected his Jewish faith would interfere with his studies until he had three tests on Rosh Hashana.

Rosh Hashana is the Jewish new year and one of the holiest holidays in the Jewish faith. The Office of the Registrar website states that students cannot be penalized and are legally excused from classes if there is a religious conflict, but Wachs said this system fails to take factors like missed lectures and study times into account.

While Wachs was able to get his tests moved, he said it was an unnecessarily frustrating and stressful experience.

“It really ruined the holiday,” he said. “You go home, and you want to see your family … and you just want to have some challah and soup, and, instead, you’re having to email your professor at 7 right before you go to temple because you don’t know if that test is going to be moved.”

The proposal came after the college scheduled the Class of 2018’s graduation on Shavuot, a Jewish harvest holiday that celebrates the giving of the Torah on Mount Sinai, and held the All-Student Gathering on Simchat Torah, a major Jewish holiday in which most forms of work are prohibited.

The issue of scheduling events on Jewish holidays becomes increasingly important as the Jewish population at the college continues to grow.

After multiple meetings, the SGC passed a bill to create the Committee for the Advancement of Religious Equity, in which students and staff from Hillel, the SGC, the Division of Student Affairs and Campus Life, the Office of the Provost, the director of the Office of Religious and Spiritual Life, a representative from the college’s Calendar Committee and a student–at–large would work together to prevent the college from scheduling campuswide events on major religious holidays.

Senior SGC President Farwa Shakeel said the bill was passed during the last meeting of Fall 2018, and plans for organizing the committee were postponed until spring, but no concrete actions were taken. She said the bill’s wording stated that it was Hillel’s job to find members and form the committee. The bill states, “As the sponsors of the bill, it shall be up to the student executive board of Hillel to confirm the members of the committee.”

“We tried definitely from the SGC to make that effort, but, just the way the bill is written, we cannot be the ones responsible for actually forming the committee,” she said. “There has been some informal discussion regarding setting up the committee, and we are hoping to reopen the conversation next semester.”

Junior Jordan Stecker, a former member of Hillel’s executive board and one of the original members who proposed the bill, said Hillel reached out to the SGC in the spring but received little help from its members.

“The SGC conveyed the idea to us that they would be our ally in regard to making sure Jews could be Jews on this campus and not just students,” he said. “But the fact is that the momentum basically stopped right after the first meeting.”

Even though the bill was passed, the college has continued to schedule events on Jewish holidays. On Oct. 15, the college held a town hall for students to critique dining services, and only four students attended. This was the same date as Sukkot, a Jewish holiday celebrating the fall harvest

The problem falls on administration and a lack of education regarding religious holidays, Wach said.

“It’s not on a college professor to know this is happening here,” he said. “That should be something sent down from administrations outlining these are important days.”

Wachs said he sent an email to college President Shirley M. Collado following his experience and received a three-sentence response in return. In her reply, Collado thanked Wachs for sharing his experience and said she would share the email with La Jerne Cornish, provost and senior vice president for academic affairs.

He said there was no follow–up after this email or any sign that his experience had been acknowledged by the provost.

Cornish said via email that she received Wach’s message and shared it with other faculty. While she said she did not directly respond to Wachs, she met with Rosanna Ferro, vice president of student affairs and campus life, and had Hierald Osorto, director of religious and spiritual life, speak at a Deans’ Council meeting to share student concerns.

Stecker said he had a similar experience when he met with Ferro on Oct. 28 to discuss the ongoing problems. After the initial meeting, Ferro said she would follow up, but Stecker said he received no response and was unable to schedule a second meeting. He said he was told Ferro was booked for the semester.

“In terms of these people I am talking to, I am in a wild goose chase,” he said. “Every time I talk to them, I get pushed right back down, and this has been going on now since August. When we say we support identity and diversity on this campus, to what extent?